“I Can Do All Things through Christ

Paul’s (and Timothy’s) letter to the saints in Philippi in Greece was probably written around 62 A.D. from Rome. Philippi was the location of the first Christian congregation in Greece and it became an important center for Christianity. Because this epistle jumps from one subject to another, scholars think it may be a composite of several letters.

Conflict in the preaching of Christ’s gospel (Philippians 1):

Paul portrays several conflicts in Philippians 1. The first is the trials and afflictions he has suffered during his journeys and imprisonment. In verses 12 – 14, Paul testifies that everything he has gone through has borne witness of the Savior. The second is the controversy that accompanies the preaching of the word.

The third conflict is the conflict Paul feels within himself between remaining in mortality to do the work of Christ or to die and return to Him. Heaven sounds attractive, but there is still work for Paul to do on earth. This is a portent of Paul’s execution at the hands of the Romans, which finally occurred in 64 A.D.

Again we see that Paul’s time in mortality is drawing to a close. He wishes he could make another trip to Philippi, where he established the church, but he feels he may have to send Timothy and even Epaphroditus, who has been seriously ill.

Paul encourages humility and warns against contention and murmuring. He uses Christ’s humility as an example—the Lord of all as the servant of all.

Be followers of Christ together (Philippians 3):

Paul refers to members of the church in Philippi who are secretly followers of the world and seek to undermine the work. It’s interesting to reflect on this situation from where we stand in our own time and culture. There are obviously many members of the Church who want to fashion it in their own image rather than humble themselves and walk in subservience to Christ’s commandments. These become angry and seek validation in recruiting others to their points of view.

Here is the source of our 13th Article of Faith—Philippians 4:8.

All things were created through Christ (Colossians 1):

The Epistle to the Colossians was written for the saints in Colossae, which is in what is now Turkey. It may have been written by Paul and Timothy earlier than the Epistle to the Philippians, or later by one of his followers.

The verses on creation through Christ are exquisite:

For by him were all things created, that are in heaven, and that are in earth, visible and invisible, whether they be thrones, or dominions, or principalities, or powers: all things were created by him, and for him:

And he is before all things, and by him all things consist.

And he is the head of the body, the church: who is the beginning, the firstborn from the dead; that in all things he might have the preeminence.

For it pleased the Father that in him should all fulness dwell;

And, having made peace through the blood of his cross, by him to reconcile all things unto himself; by him, I say, whether they be things in earth, or things in heaven (vs 16 – 20).

Be not deceived by the traditions of men (Colossians 2):

Again, Paul warns against the philosophies of the world that lay a snare for the true believers in Christ. There are also a couple of hidden verses in Colossians 2 that refer to the traditions of the Jews:

Let no man therefore judge you in meat, or in drink, or in respect of an holyday, or of the new moon, or of the sabbath days:

The Jewish converts should not be judging the Gentile converts for not observing the Jewish holy days. Notice that Paul calls these holy days (all of which were commanded during the Israelites’ exodus from Egypt) “a shadow of things to come.” All the symbols of these holy days testify of Christ.

Imagine if everyone you knew in the Church was a convert to the faith. Everyone had repented of an old lifestyle that included the various sins that the world tends to accept. This is the way it was when Christianity was first taken to the world. Each person who joined the Church had to become a new creature in Christ, desiring to be harmless and to do good always.

Missionaries have seen this transition in new converts and rejoiced at the changes that occur.

Luke and others send greetings to the Colossians (Colossians 4):

Paul was able to have visitors while he was under house arrest in Rome, and Peter was arrested too. Paul sends greetings from other servants of Christ to the Colossians. 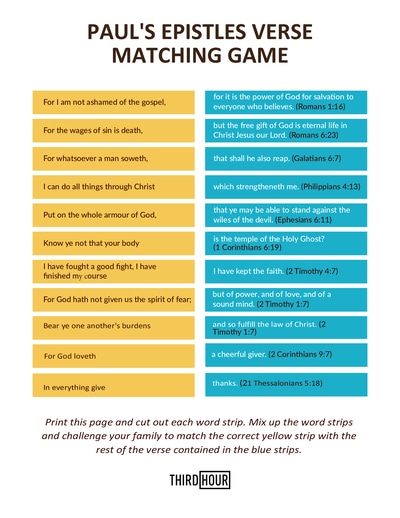