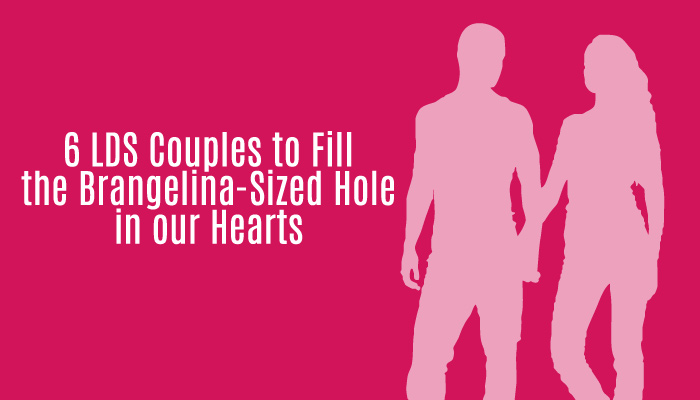 In the wake of the devastating news that after 12 years and six children together, the Hollywood dream-team formerly known as “Brangelina” is soon to be no more, the world has experienced a collective emotional upheaval.

It’s as if all our hearts are breaking as Brangelina melts down to its constituent parts.  Thankfully, the internet has provided us with comfort, hope, and advice on how to explain this calamitous event to our children. But what it has yet to provide is a suitable replacement to fill the void left in our hearts by Brangelina.

Allow me to suggest the following:

In 2011, Jimmer Freddette was picked 10th overall in the NBA draft by the Sacramento Kings. That same year, he married former BYU cheerleader Whitney Wonnacott. The couple was sealed in the Denver Temple by then-BYU President Samuelson. Essentially, they’re a mascot for BYU athlete romance.

Donny Osmond was only 20 years old when he married Debra Glenn in the Salt Lake City Temple in 1978. Frequently asked how they’ve managed to maintain such a strong marriage, the couple cites a love for the gospel and its ability to keep them grounded. Together, they have five children.

Former Massachusetts Governor, Mitt Romney, met his wife Ann in elementary school. After their senior prom in 1965, the pair informally agreed to get married. However, it wasn’t until 1968 — after three years, some heartbreak, and one “Dear John” letter — that the couple finally sealed the deal in the Salt Lake City Temple.

4. The “Shaytards” (Shay and Colette Butler)

Shay and Colette Butler achieved internet fame through their daily video blogs, earning the title of “YouTube’s First Family.” The couple was married in Idaho in 2003 after a lengthy, complicated courtship. For the first few years of their marriage the Shaytards lived off food-stamps until his YouTube channel blew up and he eventually sold his Maker Studios YouTube network to Disney for $500 million. Today, Shay and Colette continue to make videos with their five children, emphasizing family values and making the most of the time they get to spend together.

“She worked at Betsey Johnson. She was cooler than me. I believe in fate. She’s perfect for me. I knew early on. She’s just different, creative, full of life.”

Mundkowsky wasn’t a member of the Church, but read the Book of Mormon on her own while Brandon was on tour and decided to be baptized. After four years of dating, the couple was married on the island of O’ahu, Hawaii in 2005. 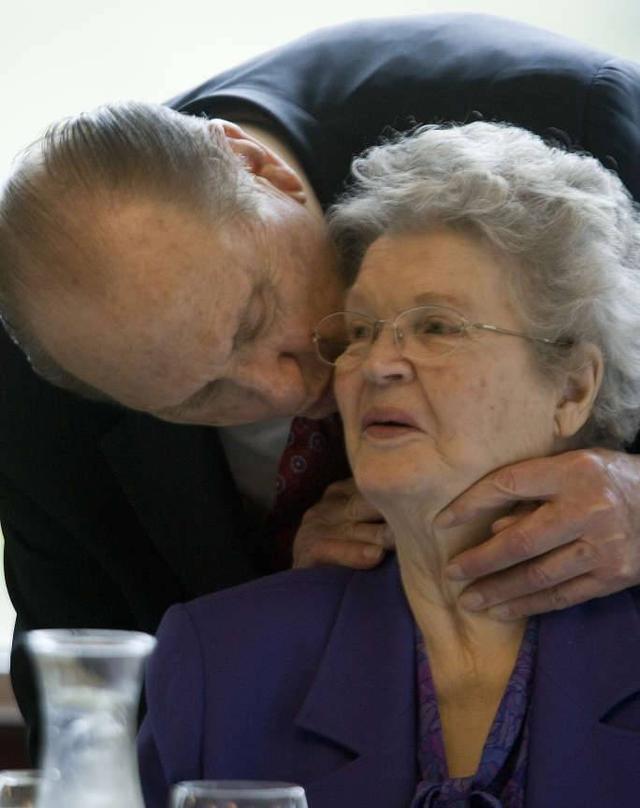