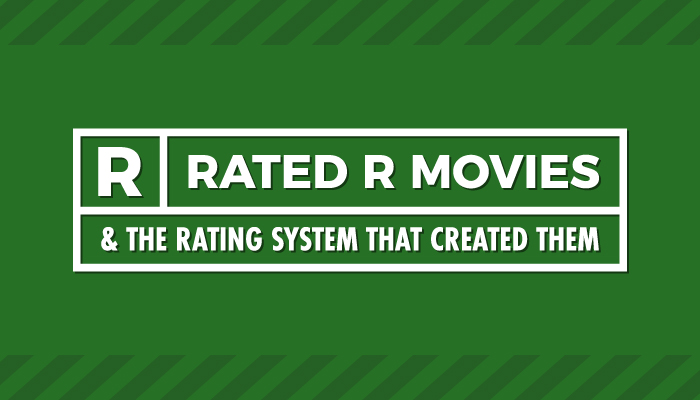 I’m sitting on the couch. My friends are picking a movie. They shout out a few options. I roll my eyes as they list one or two rated R movies. I say no.  They poke fun at me for not watching rated R movies. I say no again. They use arguments that are hard to dispute. I still say no. We end up watching Wreck-It-Wralph.  Does that ever happen to you too?

When it happens to me, it makes me question why I don’t watch rated R movies. Honestly, for most of the movies my friends suggest, it really comes down to, “because the Prophets said not to.” Unfortunately, that argument loses some of its power when I remember the times during my mission in Italy where members would talk to us about movies they’d seen. You see in Italy, there is no such thing as “Rated R.”

Oh yes, there are many members over there that have seen movies that are rated R here but aren’t restricted over there. Obviously, this caused some mental anxiety for me. I thought it was strange that the counsel of prophets had some sort of an exchange rate.

Come to find out, most countries have rating systems very different than ours.  On a table that lines all the different systems up, it’s quite impressive to see all of the different ways you could classify a movie. I noticed that they were all different. Rated R only exists in a few of the systems. So can members in other countries watch rated R movies?

Obviously, the rating is not the point. If it were, that would be nonsensical and would undercut a lot of what we believe about modern Prophets, continued revelation, and unchanging Doctrine. We all should have generally the same movie standards after all.

But still, there was this apparent dissonance between principle and application. Besides, Mormons have always had a strange connection to movies. There had to be some sort of answer to this vague question of movie ratings and standards.

The only logical thing for me to do was to join Mormonhub.com, do insane (exaggeration) amounts of research, and then write a ridiculously good (not an exaggeration) article on the subject, figuring out what all these ratings really mean to us. So that’s what I did.

My first task was to actually understand the rating system. In the United States, we have the Motion Picture Association of America. They are the company that applies the ratings to all of the movies we watch. Ok, that’s not entirely true. Apparently, the rating is all voluntary. Only films that want to be rated submit their films to be rated. Otherwise, the film remains “Unrated,” as do very very old movies.

In the rating system, we have G, PG, PG-13, R, and NC-17. Each means something unique. Through Wikipedia, I was able to find a PDF that describes the ratings in detail. In essence, the purpose of the rating system is a very good one. The ratings “are intended to be used by parents to assist them in determining whether the motion picture is appropriate for their children” ( PDF p. 6).

The entire system is designed specifically for parents. Everyone else uses it, of course, but it is only truly accurate for parents thinking about what to let little Jimmy go see with his friends. What does this mean for the rest of us? Well, we might have to use a little bit more brain power to determine what types of media we can take in.

A bigger, more striking fact about the system is that the ratings are based on what “would best reflect the opinion of most American parents about the suitability of the motion picture for viewing by their children” (PDF p. 6). I think this explains why the standards of the PG-13 movies have changed. I know there are many that should really be rated R.

With a well-intentioned rating system based on the opinions of the ever changing masses, we need to be wary. I think the days of just saying, “I don’t watch rated R, but if it’s PG-13, ok,” are over. They might have been over a long long time ago…

What We Can Do

The prophets have counseled us many times to not view R rated movies. One of the earliest instances I could find was from President Ezra Taft Benson (I would say he’s a pretty good source to listen to) in 1986. He said:

“We counsel you, young men, not to pollute your minds with such degrading matter, for the mind through which this filth passes is never the same afterwards. Don’t see R-rated movies or vulgar videos or participate in any entertainment that is immoral, suggestive, or pornographic. Don’t listen to music that is degrading.”

I think it is somewhat safe to say that the rating of the movie is nowhere near the point President Benson is getting at.I think he is teaching the principle taught in Proverbs 23:7 that “as a man thinketh in his heart, so is he.” Our minds eat media. What we view, listen to, or think about is what gets incorporated into our character. It is, therefore, a short road from seeing, to thinking, to being.

This might also be one of those instances where you “abstain from the appearance of evil” (1 Thess. 5:22). That’s exactly what famous Mormon football legend Steve Young did when he refused a part in a rated R movie. Everything we do has an effect on who we are.  Therefore we need to be very aware of the types of environments we put ourselves in. We may even need to stand up for what we believe (see the image to the left).

I would assume that many of us have been there. We sit down to watch that new big movie. We turn it on, and soon we realize that it shouldn’t really be rated PG-13. In that moment we probably realized that the ratings aren’t always reliable. It’s all based upon what some company thinks the average opinion is, remember. This means we have to be on our toes.

I think this means that more of us should forget the “don’t watch rated R movies” counsel we hear. I think it means instead, that we should focus more on the counsel we get from the 13th article of faith. This should make our movie standards much more strict, not less.

This will take some time. Moving away from non-thinking standards based on the recommendations of a company that doesn’t share our beliefs toward an evaluation-based set of standards can be tricky. There will naturally be some mistakes made, and some learning to be done. Forming the personal sensitivity to good and bad is important though. It is an exercise in conscience strengthening.

Though the violence in films has increased over the years, there are many new resources for parents as well. Sites like Parentpreview.com and kids-in-mind.com can really help you drill down to the content of the movie. So many studies have shown that PG-13 movies are more violent, profane, and sexual than they were before the turn of the century. You parents have to be the ones to filter what your children see.

I remember when I would be watching a movie at home with my parents and they’d say close your eyes. That’s going to happen more and more often now. Unfortunately, it is not a practical strategy while at the theaters. Maybe parents will have to say ‘no’ more often to their children. Another option is the PG-15 rating that certain parents have proposed. It would be the in-between of R and PG-13.

Just so you parents know the PG-13 rating does allow violence, some nudity (as long as it is not explicitly sexual), and some profanity (again as long as it is not sexually related). All of this is, of course, subject to specific judgments by the board that doles out the rating. When in doubt, best screen the movie for your children. Chances are if it is questionable for you, then it will be for your kids too.

No matter what you do, you will need to be more vigilant and diligent in what you do and don’t watch. These choices will affect your children for years to come.

Ok, so this disclaimer isn’t really a disclaimer, it’s my conclusion. I do feel though, that I should say that I’m not here to tell you what to do. I’m here to tell what I’ve found and what I think.

I think that the rating system is a good help, but it may not be enough to tell us what we can or can’t watch. Movies are great and I will probably see much more within my lifetime. I hope that the rating system will, eventually, reflect the standards we uphold in the Church. Until then, I’ll have to go off what I believe to be of “good report and praiseworthy” (13th Article of Faith).

Take some time to evaluate your own movie choices. You might find it an enlightening experience. Regardless of the standards you do or don’t change, at least you’ll look at the movie ratings a little differently now.

Thanks for reading this article. Please take a second to share it with someone. I’d also love to hear what you think. Comment below. Thanks again, and God Bless.