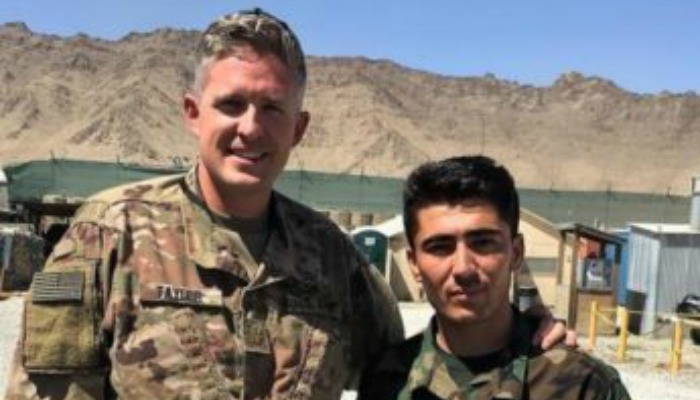 This article originally appeared at FamousMormons.net.

On Sunday, 4 November 2018, American military officials announced that North Ogden Mayor, 39-year-old Brent Taylor, had been killed in an apparent “insider attack” in Kabul, the capital of Afghanistan. The attack took place at the Kabul Military Training Center, on Saturday, 3 November 2018, where a member of the Afghan security forces opened fire. 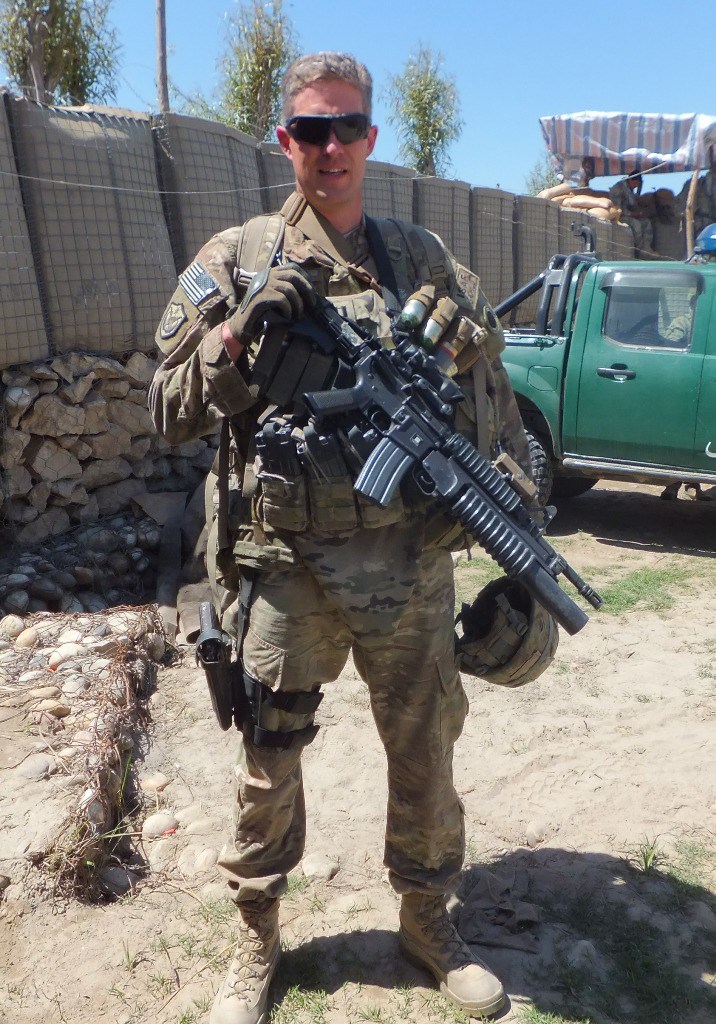 Taylor, a member of the Utah National Guard, deployed to Afghanistan in January in what was expected to be a 12-month tour of duty. He held the rank of Major and had served two tours in Iraq and one tour in Afghanistan. He was an intelligence officer and served on an advisory team training the staff of an Afghan commando battalion as part of his work with the Special Operations Joint Task Force in support of Operation Freedom Sentinel.

At the time of his deployment in January, he told local media, “Right now, there is a need for my experience and skills to serve in our nation’s long-lasting war in Afghanistan. President Trump has ordered an increase in troops, and part of the new strategy focuses on expanding the capabilities of the Afghan commando units.”

According to St. George Utah.com, in a Facebook post, Lt. Gov. Spencer J. Cox called the news “devastating.” He continued, “I hate this. I’m struggling for words. I love Mayor Taylor, his amazing wife Jennie and his seven sweet kids. Utah weeps for them today. This war has once again cost us the best blood of a generation. We must rally around his family.”

In a tweet on Twitter, Senator Orrin Hatch of Utah wrote, “Brent was a hero, a patriot, a wonderful father, and a dear friend. News of his death in Afghanistan is devastating. My prayers and love are with Jennie and his 7 young children. His service will always be remembered.”

Governor Gary Herbert of Utah spoke with Major General Jefferson S. Burton, the adjutant general of the Utah National Guard, during a press conference Sunday at the Utah National Guard Headquarters in Draper. Burton commented, “My heart breaks for the loss and sacrifice of our Soldier, particularly for the family. I wish them all the comfort and courage to face the difficult days ahead.” He continued, “What we do for our country is a very dangerous business, but it’s important to remember why we do it. The threat is very real. Let no one forget the service and sacrifice of those brave men and women who defend our nation.” He characterized Taylor’s death as a “betrayal,” or an instance of “maybe misplaced trust.” Governor Herbert said that Brent Taylor was “the personification of a love of God, family, and country.” He continued, “He did love the people of Afghanistan — that’s what’s difficult about this whole thing. He was there to help them and did so. And that’s the mark of a leader. There’s a reason he was elected mayor of North Ogden. All his life he demonstrated leadership and a willingness to help.”

We are devastated by the loss of our Mayor and friend, Brent Taylor. Our hearts and thoughts
go to Jennie, their children, and other family members as they deal with this tragic loss. We
love them and hope they will feel the love and support of all of us in North Ogden.

Brent had a profound influence on this community. He was the best of men with the ability to see potential and possibility in everything around him. We feel blessed to have had him as our mayor. Everywhere you look in North Ogden you can see his profound influence. He had a great love and vision for this community. He was patriotic to the core and a shining example of what an American politician should be. We are grateful for his service to both our city and our country. His loss will be felt for years to come.

American military officials also report that another U.S. service member was wounded in the attack and is being treated in Kabul. In a released statement from the NATO-led Operation Resolute Support, a spokeswoman stated that the attacker was a member of the Afghan National Defense and Security Forces and initial reports indicated that he was immediately killed by other Afghan forces. 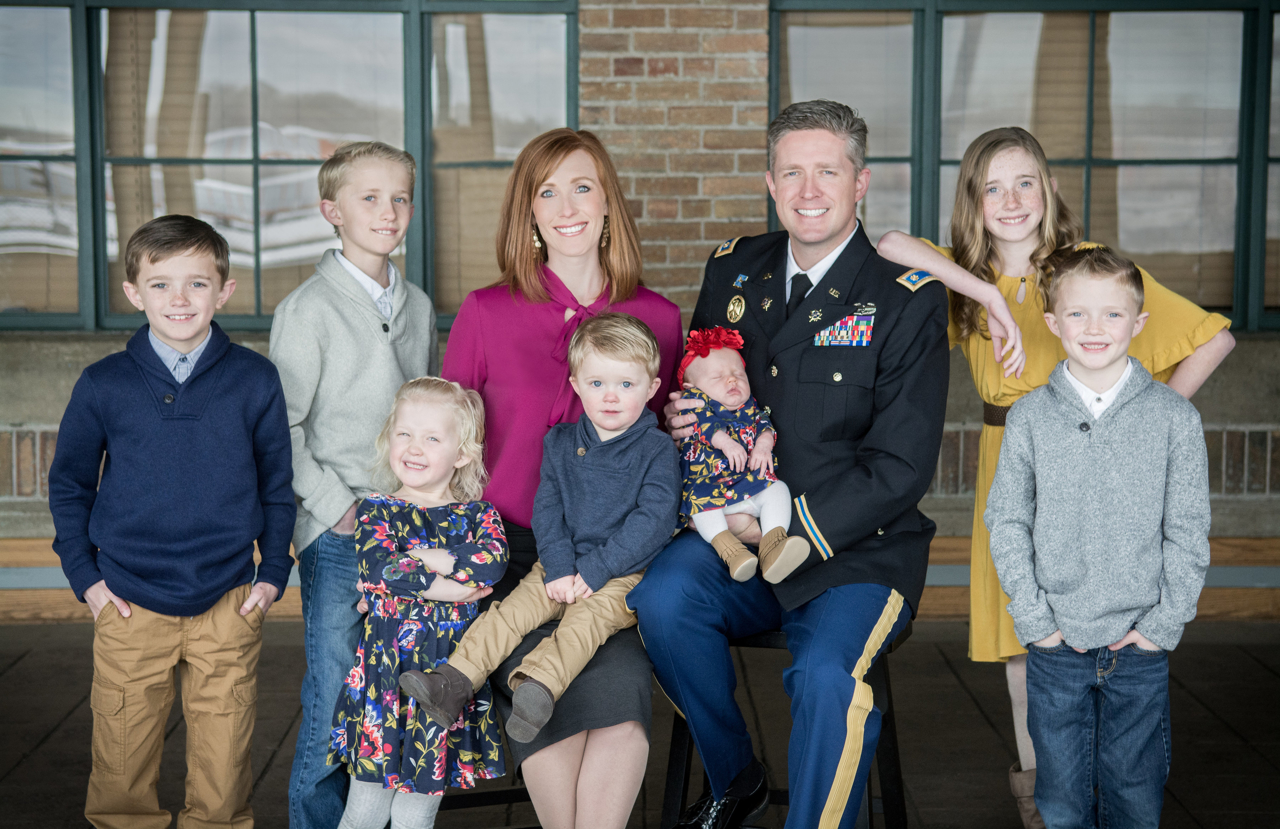 According to Deseret News, a GoFundMe page to support Taylor’s family had already raised more than $170,000 as of Sunday evening. The family was also accepting donations through the Taylor Family Charitable Account at America First Credit Union. Brent’s family released a statement later Sunday through Jennie Taylor’s sister, Kristy Pack, expressing appreciation “for the outpouring of love and support during this unspeakably difficult time.” Pack said, “Brent’s life impacted so many of us in remarkable ways, and we are grateful for the expressions of gratitude and sympathy that we have received. We are especially grateful for the love and support showed to Brent’s grieving children.” The statement released by the family reads in part:

As one of many, many military families to give the ultimate sacrifice, we also want to express our love for this great nation and the pride that we feel knowing that Brent gave his life in service to his country — the country he and Jennie both love so much. Even in this time of heartbreak, we feel the closeness of our eternal Father in heaven and the comfort of knowing that the Lord has welcomed home one of His most beloved sons.

Standing outside of Taylor’s home in North Ogden, Pack added that her sister wanted to express that she knew what she was signing up for when she married a military man and that while “we are overwhelmed with heartache, there is no regret.”

Brent Taylor’s remains arrived at Dover Air Force Base in Delaware. Funeral arrangements are still being made. He leaves behind his wife, Jennie, and seven children ranging in age from 13 years to 11 months.