The Deseret News reported today that In February last year Mormon teen Tyler Hallsey turned to his faith when he was diagnosed with a rare brain tumor. The tumor is called pontine glioma and doctors have told Hallsey that it is inoperable. Tyler’s father Chris said,

After the doctor left, we talked about faith and commitment, and I just looked at him and said, ‘This is your life, what do you want to do about it?’ He looked me in the eye and said, ‘Dad, I’ll do whatever it takes.’

Tyler’s statement stuck with his dad and became the tag line of his family’s efforts to save him. Chris created a Facebook page titled “Whatever It Takes” and since the diagnosis, the page has garnered 10,000 likes. Chris said:

A lot of people say things like, ‘I haven’t prayed in 20 years and I walked away from God, and now I’m finding my way back because of Tyler’s faith.’

Tyler is a member of The Church of Jesus Christ of Latter-day Saints and his family says that his faith is an inspiration to them and his community. When he found out his cancer was still growing, he decided to go visit a friend in the hospital.

“That was the first thing he thought of when he got such horrible news, and that’s just who he is,” Chris said. 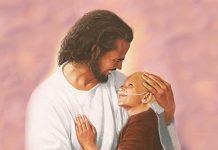 5 Ways to Smile Through Cancer 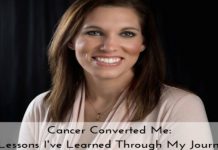 Cancer Converted Me: 5 Lessons I’ve Learned Through My Journey 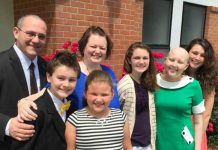 LDS Teen Spends Final Days at Church and Temple, Caring for Others