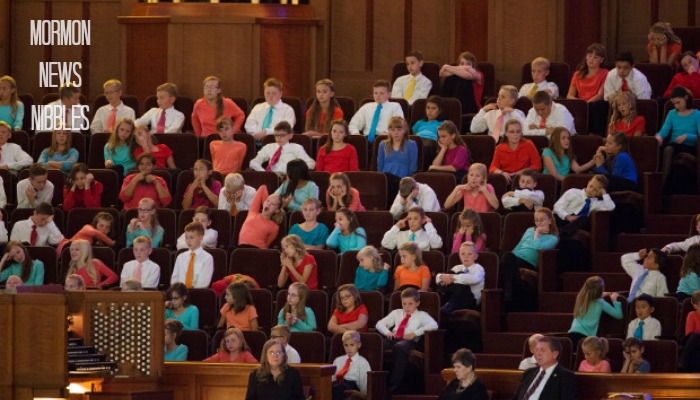 Thirteen new sculptures were installed at the Rome Temple’s visitor center this past Wednesday, March 29th.

Full-size marble replicas of the Danish artist Bertel Thorvaldsen’s Christus and Apostles stand front and center at the soon-to-be Rome visitor center. Laser-carved to the exactness of Thorvaldsen’s original pieces, the sculptures are even crafted out of marble from Cave Michelangelo — the same quarry Thorvaldsen used. Mark Lusvardi, director of public programs for the LDS Church, hopes the statues share a message with all who enter.

“One of the things that was important to us was to do something that would make this part of the country but more importantly for recognizing the Savior, Jesus Christ. What more perfect symbol of the Savior and our belief in him could we do than to bring that here to this place,” Mark Lusvardi, director of public programs for the LDS Church, said in the video.

The original sculptures are housed nearly 1,000 miles away in Copenhagen, Denmark.

Bring Down Your Hopes: There Is No Primary Session Of General Conference 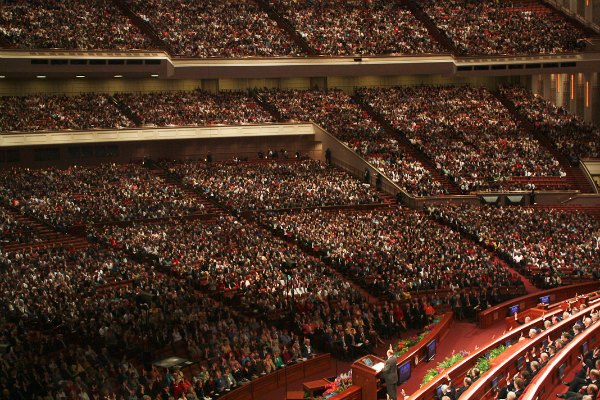 Can you imagine it?

Thousands of Primary-aged children filing into Conference Center seats — Ziploc-Cheerio bags in tow — for a two-hour (5:30 to 7:30 AM) specialized session of General Conference, complete with nap-time, wiggle songs, and a critical analysis of the children’s classic Popcorn Popping. Unfortunately, the Conference Center seats will remain crumb free and untouched by the sticky, saliva soaked fingers of the Primary population.

An article published by satirical LDS news site, The Sunday Pews, is making internet rounds within the Latter-day Saint community. Announcing the addition of a fictitious Primary Session of General Conference, the article has garnered nearly 1,000 shares on Facebook and hundreds of thousands of views. And while the idea of getting a young child to sit through another two-hour long meeting sounds horrendous to some (read: me), commenters are disappointed it’s just a joke:

Others weren’t as amused…

Get your satirical news fix at The Sunday Pews, run by humor-genius and Latter-day Saint, David Snell. 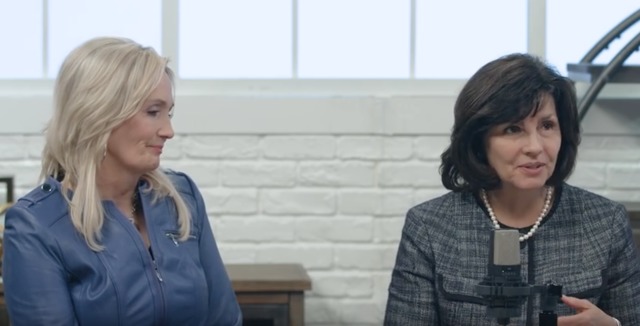 Over half of all Relief Society sisters over the age of 18 are unmarried. That’s a surprising number in a church that places such an emphasis on marriage and family life. Lest those sisters feel out of place, First Counselor in the Relief Society General Presidency, Carole M. Stephens, spoke to them in an interview with Mormon Channel.

“None of us have the ideal family,” says Sister Stephens. “You are married with children. You are married without children. You are single never married. You are single divorced. You’re widowed. We have all these different groups, I guess you could call them, of women in the Church. But I really have this concern that sometimes when we segment ourselves into these silos we create ‘ites’ in the Church and that’s something we really don’t need.”

Licensed clinical psychologist and Latter-day Saint, Liz Hale, was married once in her twenties, but after having the marriage annulled, it took nearly 30 years before she found love again.

“When I think about single sisters reaching 51 percent, I mean, that’s a very near and dear group to my heart because I was among them for so long,” Hale said in the interview with Mormon Channel. “I married Ben at 50 so we’ve just been married three years.”

Hale feels the experience has ultimately helped her relate to other sisters struggling in a similar situation. Hale shared her experience with a session with a woman who had experienced similar trials.

“I just had those tingles going up and down my spine knowing, ‘Oh sister, sweetheart, I’ve been there and this is what happened to me,'” she says. “It’s almost worth it I suppose to know you can make a difference to someone else.”

The full interview can be viewed on mormonchannel.org or below: 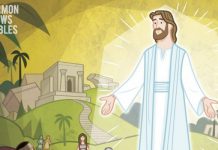