Buzz What President Reagan Had to Say About Mormons

This article was originally written by Danielle B. Wagner for LDS Living. The following is an excerpt.

With the passing of former first lady Nancy Reagan, the nation has been remembering this wonderful woman. Among the many sweet notes and memories posted to social media, Marie Osmond posted this picture of meeting the Reagans at President Reagan’s inauguration.

Farewell to a divine & classy First Lady. It was an honor to know you! #NancyReagan #RIP #PresReaganInauguration pic.twitter.com/qq6VLIBeUD

But Marie isn’t the only Mormon who had a good relationship with the Reagans.

Read the full article at LDSliving.com. 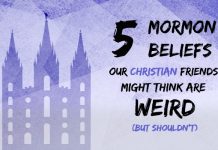 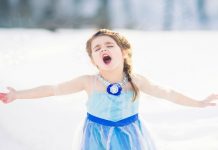 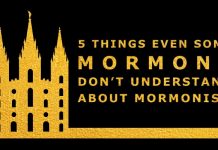 5 Things Even Some Mormons Don’t Understand About Mormonism