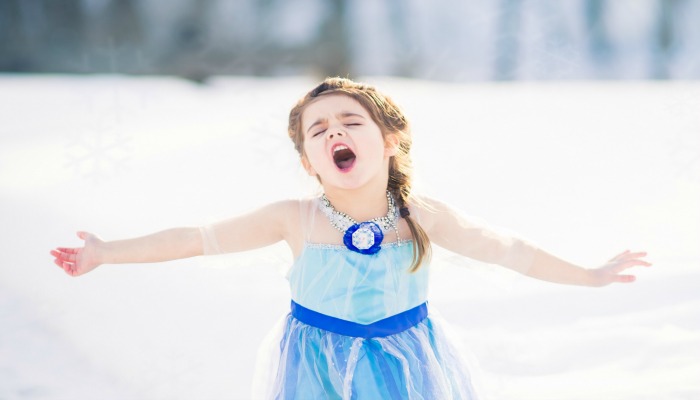 Why do we love Disney?

But maybe that’s not all there is to it.

Whether consciously or subconsciously, I think we love Disney for the Truth it teaches. And when I say Truth, I mean Eternal Truth. Disney doesn’t always get it right. But sometimes, it really gets it right.

Here are five times Disney taught us that we are all Gods in Embryo:

***SPOILER ALERT: This article contains key plot spoilers. If you haven’t seen one or more of these movies, follow these simple directions: a. Skim the article for titles. b. WATCH THE DARN MOVIES. THEY’RE AMAZING.***

Can we forget that poignant, incredibly symbolic scene where Mufasa’s spirit speaks to his adult son from the other side? I submit that we cannot!

Mufasa: Simba, you have forgotten me.

Mufasa: You have forgotten who you are and so have forgotten me. Look inside yourself Simba. You are more than what you have become. You must take your place in the Circle of life.

Elder W. Craig Zwick even spoke about the Lion King in his talk last General Conference, “Lord Wilt Thou Cause that My Eyes Will Be Opened”:

“Claiming his rightful place as king, the young lion followed counsel to ‘look beyond what you see.’ As we learn to become inheritors of all our Father has, the gospel mentors us to look beyond what we see.”

We all have kingdoms to claim. So let’s make like a lion, look beyond what we see, and be the Monarchs that we are.

2. BEAUTY AND THE BEAST

A beautiful woman falls in love with a beast? How does that even happen?

Ok, so we know Belle isn’t shallow. But remember, she kind of hates the Beast at first, and it’s probably not just because he has a temper. He is a fearsome thing to behold.

And then she slowly sees the Divine.

So even when he conveniently transforms into gorgeous animated man candy, she doesn’t seem enamored…until she looks into his eyes and understands that it’s the same Beast she knew all along.

“Man looketh on the outward appearance, but the Lord looketh on the heart.” And man becomes like the Lord when he looks at himself and others with spiritual eyes. For beauty is found in within.

Elsa’s parents taught her to hide who she really was: the Snow Queen. Then she let it all go—and plunged the entire kingdom into the Ice Age. But Anna knows that Elsa is more than an ice queen. She is her sister.

So even when the Duke brands Elsa as a monster, Anna sets out to save her. And even after Elsa rejects Anna and literally freezes her heart, Anna places herself in front of the sword of her former paramour and saves her sister, breaking the spell that Elsa placed upon her and thawing her own heart.

Anna saw what no one else did: she knew all her sister’s darkest demons, and she still discerned her divinity. And that didn’t just save Elsa. It saved Anna too.

Rapunzel’s story is basically the Story of the Human Race.

Let’s think about this: a girl forgets that she is a daughter of a king. A witch trapped her in a tower when she was a little girl, telling her that she is her mother so she can exploit her powers of immortality. But Rapunzel can’t escape noticing the lanterns that her Royal Parents alight from their palace every year. With a rascally but loveable thief called Flynn, she sets out on a journey to find out exactly what those lights are. And in the process, she discovers her royal heritage.

When we come to Earth and pass through the veil, we forget our divine heritage too. Satan wants to enslave us and exploit the light coming from our “magical glowing hair”. But our Royal Parents are always trying to remind us where we came from. The Light is all around us. Do you see it?

“I have crossed the horizon to find you. I know your name. They have stolen the heart from inside you. But this does not define you. This is not who you are. You know who you are.”

-From the song, “Know Who You Are”

There is Inner Divinity written all over this movie. Moana’s call to the sea can really be called a desire to find the princess within. Then Moana’s grandmother helps her see her greatness. And Moana helps a cocky but wounded demigod do the same.

Moana has the heart of a warrior, so it’s not surprising that there’s a dramatic battle scene at the climax. But Moana doesn’t win her battle with weaponry; she wins it by seeing the goddess in the monster.

This is Inner Divinity 401, y’all. Moana doesn’t know Te Fiti from Adam. In what seems very clearly to be a demon in both appearance and action, Moana sees a deity. Maybe because she first found it in herself.

Sometimes Disney really gets it right.