Buzz What Apostles and Prophets Have Said About Voting

Today is election day in the United States! Voting happens every four years on the first Tuesday in November. This gives US Citizens a chance to cast their vote in the presidential election.

This election in particular has been very polarizing for the country, but that does not mean we shouldn’t vote. Here is what past and present general authorities have said about voting. 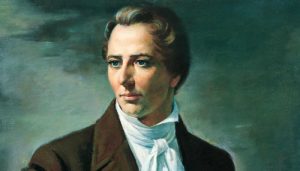 Of course, the first thing that comes to mind is the 12th Article of Faith which says,

“We believe in being subject to kings, presidents, rulers, and magistrates, in obeying, honoring, and sustaining the law.”

While this does not specifically mention voting, it is important to note that we truly do believe in being part of an organized political system and honoring the law.

The General Handbook of Church Policies and Guidelines states,

“In accordance with the laws of their respective governments members are encouraged to register to vote, to study issues and candidates carefully, and to vote for individuals whom they believe will act with integrity and sound judgment. Latter-day Saints have a special obligation to seek out, vote for, and uphold leaders who are honest, good, and wise.”

The recently updated handbook shows that this section in the book did not undergo any edits. It has remained intact through many versions of the Church Handbook.

The counsel given here could be seen as vague by some, and this is because the Church has also stated that they will not be endorsing any particular political parties or candidates. 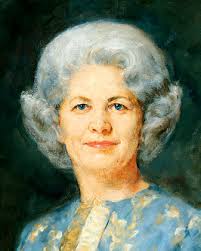 Sister Barbara B. Smith was the General Relief Society President from 1974 until 1984. In November 1978, Sister Smith gave an address at a Women’s Fireside where she stated:

“Today, Latter-day Saint women with more opportunity for education, with the right of voting, must step forward to be part of the solution of society’s problems. We must exercise responsible citizenship.”

Smith was the 10th General Relief Society President and was president at the time that the Equal Rights Amendment (ERA) was proposed in the United States. This was a time of much political polarization, similar to the position we are in today.

“Where democracy exists, it is our duty as members to vote for honorable men and women who are willing to serve.”

President M. Russell Ballard said this in his April 2018 General Conference talk, Precious Gifts from God. He perpetuates the overarching theme that it is our duty as members of the Church to vote and serve. 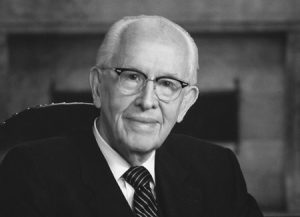 President Ezra Taft Benson spoke in the Saturday Morning Session of the October 1987 General Conference. His address was titled Our Divine Constitution. He stated:

“First and foremost, we must be righteous.

Second, we must learn the principles of the Constitution in the tradition of the Founding Fathers.

Third, we must become involved in civic affairs to see that we are properly represented.

Fourth, we must make our influence felt by our vote, our letters, our teaching, and our advice.”

This is a great reminder that without constitutional rights and freedoms, things would have been very different for the restoration of the gospel. Many Church publications regarding religious freedom reference Benson’s address.

Lamentations of Jeremiah: Beware of Bondage—October 2013

Elder Quentin L. Cook gave a talk titled, Lamentations of Jeremiah: Beware of Bondage, in the October 2013 General Conference. As part of his address, he said,

“Latter-day Saints in every country should be good citizens, participate in civic affairs, educate themselves on the issues and vote.”

This emphasis on being a good, law-abiding citizen fits perfectly with the counsel we receive from the 12th Article of Faith. I also appreciate that he mentions that members of the Church and every country should perform their civic duties.

“In a democratic government, we will always have differences over proposed candidates and policies. However, as followers of Christ, we must forgo the anger and hatred with which political choices are debated or denounced in many settings.”

Because of the polarizing climate we are currently in, it was important for members of the Chuch to hear this message to clear up any misunderstandings. This message was perfect coming from President Oaks, who is a former Utah Supreme Court Judge.

We Will Prove Them Herewith—October 2020 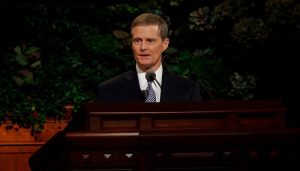 Elder David A. Bednar addressed us in general conference last month with his talk, We Will Prove Him Herewith. He spoke about a conversation he had with fellow Apostle, Elder Jefferey R. Holland. Bednar later quoted Holland in the talk saying:

“We are witnessing an ever greater movement toward polarity. The middle-ground options will be removed from us as Latter-day Saints. The middle of the road will be withdrawn… Choices have to be made. Not making a choice is a choice. Learn to choose now.”

Elder Holland’s comments are timely and relevant, especially during this election cycle. 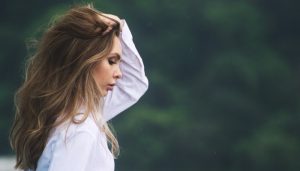 The gospel topics essays are wonderful resources for anyone who has questions about specific topics and doctrines. The topics cover just about anything you can think of. Here we will be referencing the Judging Others essay and the Citizenship essay.

The Judging Others Gospel Topics Essay is mostly about the difference between being judgmental and using righteous judgment. The essay states:

“We need to make judgments of people in many of our important decisions, such as choosing friends, voting for government leaders, and choosing a spouse.”

This essay mentions that choosing a spouse and voting for leaders are just two of the many important decisions that we will make.

Secondly, the Citizenship Gospel Topics Essay covers the responsibilities of those who are citizens of any country.

“Church members are encouraged to consider serving in elected or appointed public offices in local and national government.”

No matter where you live, the Church encourages you to get out and vote for those within your local and national government.

Related Link: 3 Mormons: Get Out and Vote

Voting by mail is also a good option during 2020. Just remember that the vote-by-mail window has passed so if you want your vote to be counted, find your designated polling station and vote today!

Are you voting in this election? Share in the comments.