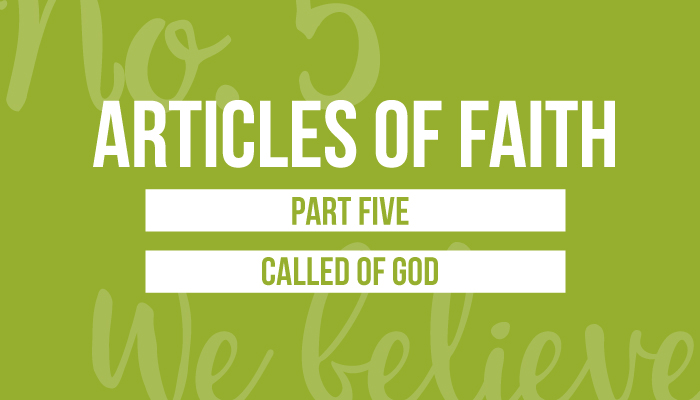 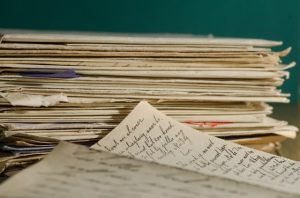 This piece is the Fifth in a series on the thirteen Articles of Faith. In the early days of the Church, a newspaper editor named John Wentworth wrote to the Prophet Joseph Smith asking about Mormon beliefs. Joseph responded with a list of thirteen fundamental doctrines which we call The Articles of Faith. During this series we will explore each Article of Faith as well as its significance and application in the lives of church members.

Article of Faith #5: We believe that a man must be called of God, by prophecy, and by the laying on of hands by those who are in authority, to preach the Gospel and administer in the ordinances thereof.

While LDS church leaders don’t require formal religious education, we have other requirements for church callings. Bishops and other priesthood leaders receive callings by divine revelation and by the laying on of hands. The authority to officiate in offices of the priesthood must come from someone who holds those keys.

As stated in Hebrews5:4, “no man taketh this honour unto himself, but he that is called of God, as was Aaron.” Because callings must come from God, we can’t do things like deciding we would make a better bishop, and starting our own ward (congregation). That kind of leadership would be chaotic.

A House of Order

The Lord tells us in Doctorine and Covanents 132:8 “Behold, mine house is a house of order… and not a house of confusion.” Therefore, He has organized ways for us to act in His name. He does so by calling upon individuals to do specific jobs, and handing his authority down through his servants.

True priesthood authority comes down through an unbroken line from our Savior Jesus Christ. Since those who pass on priesthood responsibilities have the keys and authority to do so, we can feel confident that Priesthood Leaders are acting with divine authority. This is the order set forth by The Lord to govern His Church.

As members of the LDS Church, we are blessed with many opportunities to serve others, whether through official callings and ordinations or through volunteering and random acts of kindness. We don’t need a formal calling to serve in many ways. However, when we do have a calling, we can be confident that our authority to act comes from our Father in Heaven. Because this organization comes from The Lord, we can have faith that our church leaders act by the proper authority as well.

What calling have you felt blessed by the most? Tell us in the comments below, and don’t forget to read Articles of Faith Part Four. Look out for the rest of the series coming up soon!