Faith Belief My First Prayer was After Being Bullied at Church 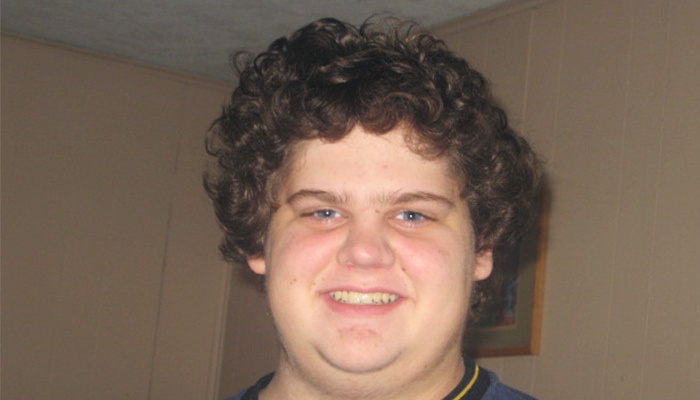 As I sat giving my first prayer, with tears streaming down my face, I heard and felt the warmest words I have ever experienced.

Growing up with Aspergers Syndrome (high functioning autism) can be tough. Imagine a world without knowing the built-in languages, facial expressions and body language.  I felt alone. I felt friendless. I missed the full connection with people.

Of course, I kept my emotions to myself throughout the years. Every Sunday I would sit by myself in class.

When I was 14, my Sunday school teacher noticed. One week before she started her lesson, she got pretty emotional and made a comment about how every week there’s somebody that comes to class and sits by himself. All eyes were on me. In any case, for the next couple of weeks, people would sit by me.

A few years later, when I was 16, I was sitting down before Sunday school started. One of the other kids walked in and asked where he should sit down. Someone said he could sit by me. “Nah,” he said, “I don’t want to sit by Michael.” Now, this may seem small, and it probably wasn’t meant as an insult. But after years of feeling alone, those words shattered my bottle of emotions.

I wanted to stand up, leave the room and walk home.

I stayed, but I focused on those words. I couldn’t pay attention to the lessons.  I grew angry with God. If He was real, why would he make it impossible for me to connect with those around me. Why would he give me this trial which is so difficult to live with? I felt alone from my classmates, but now I felt alone from my Heavenly Father.

At midnight, I was ready for help. I grabbed a pile of church books from my room, and went to the living room.

You know those stories you hear, of people going through a really hard trial and they open up their scriptures randomly and find a verse that jump out to them? I figured that would happen for me. Open, read, close, open, read, close. I repeated it for some time. But this wasn’t working. Tears formed. So I decided to do something I had never done before: Pray.

I had grown up in the Church, went to primary, done all of that, but I didn’t have a strong testimony in prayer or Heavenly Father.

I started by talking out my hesitant disbelief. I probably sounded a lot like King Lamoni’s father during his first prayer. “O God, Aaron hath told me that there is a God; and if there is a God, and if thou art God, wilt thou make thyself known unto me” (Alma 22:18).

During this prayer, I begged, pleaded for help. With tears rushing down, I told Heavenly Father what I had been going through and how I needed help.

As I sat there praying, I heard and felt the warmest words I have ever experienced. “140” It felt like I was embraced into a hug of the number 140. It’s hard to describe, I didn’t hear the number 140, or see it in my eyes. I just felt it all over.

I open my scriptures, searched for anything involving the number 140, nothing I found helped. A few weeks previously, my young men’s leader told a story about somebody he knew who had a question for General Conference, but her question was not answered in a talk but in a song. So I looked at the hymn book.

The song was “Did You Think To Pray?”

This is how we know God has a sense of humor. I looked at the title and I literally laughed to myself, “Yeah, that what I just did, I gave my first prayer.” But then I read the lyrics.

“Oh, how praying rests the weary!

Prayer will change the night to day.

So, when life gets dark and dreary,

When sore trials came upon you,

Did you think to pray?

When your soul was full of sorrow,

Balm of Gilead did you borrow

At the gates of day?”

As I read through it a couple of times, I felt loved. I felt like God really does hear and answer each child’s prayer. He knew who I was, what I was going through. I felt the hug he gave me.

You Can Have a Prayer Like King Lamoni’s Father

If you’re not sure if Heavenly Father is real and He really does know you and the hardships you go through, I would encourage you to simply pray and ask for yourselves. Even do what Enos did in Enos 1:4. I know that praying really does work.

I’m thankful for the trial I went through, because of it I grew. I gained a testimony of my Heavenly Father and prayer.