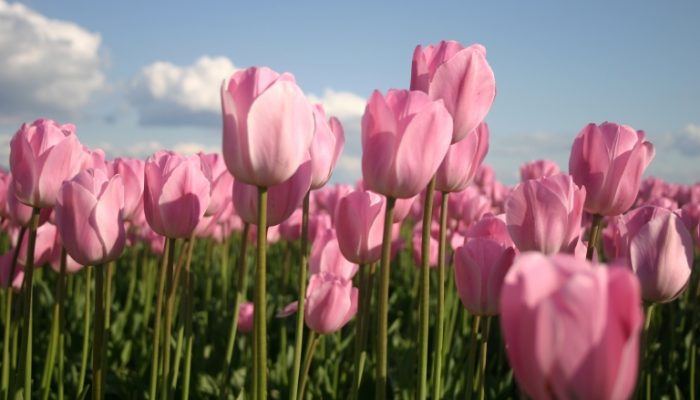 The word Calvinism may evoke images of the kind of pilgrim hats school children wear near Thanksgiving. Or perhaps you’ll think of the long black robes and beard of a certain 16th century French reformer. But Calvinism is back. In many religious communities, Calvinism is a new and exciting doctrinal force.

Calvinism is not a religion, or a church, rather it’s an interpretation of the Bible that many ministers from many Christian denominations have accepted. Calvinist theology is often summarized in the catchy mnemonic TULIP. Below I look at the five main principles of Calvinist theology and examine how they are the same and different from the theology of The Church of Jesus Christ of Latter-day Saints, or Mormons.

Calvinism sets forth that all people are born in sin, and live their lives inclined toward evil. The Church of Jesus Christ shares neither of these beliefs. Mormons believe the idea of original sin does not originate in the Bible, but comes from the work of fourth century philosophers and post-biblical creeds. The second article of faith of The Church of Jesus Christ reads, “We believe that men will be punished for their own sin and not for Adam’s transgression.” Latter-day Saints also reject the idea that people are either inherently good or evil, but that people become good or evil through their actions. And that righteous acts are possible for people who rely on the grace of Jesus Christ to help make them better people.. A prophet from The Book of Mormon, Benjamin, explains human nature by comparing it to a boat that either leans toward the evil spirit or leans toward the Spirit of God, and that which way we lean chooses whether we become good or evil.

Unconditional election marks the second pillar of Calvinism. This belief states that God has predestined certain people whom He has chosen for redemption, and that God softens the hearts of those He has chosen so that they will become faithful. An early Book of Mormon prophet, Lehi, explained human agency in these powerful words, “[Men] are free to choose liberty and eternal life, through the great Mediator of all men, or to choose captivity and death, according to the captivity and power of the devil.”  Mormons do believe in “foreordination,” wherein, in the pre-mortal, spiritual existence through our own worthiness, God set us apart to help build His kingdom on earth, but our agency enables us to choose any path during mortality, regardless of that foreordination.  Predestination, on the other hand, is locked in, so it negates agency, which God works so mightily to protect and guarantee for His children.

Calvinism puts forth that when Jesus Christ died for mankind He only died for some of mankind. Latter-day Saints reject this idea outright. We put no limits on the power of Christ to save mankind. The phrase “infinite atonement” appears numerous times throughout The Book of Mormon. Latter-day Saints believe the words of Paul when he said, “I am not ashamed of the Gospel of Christ: for it is the power of God unto salvation to every one that believeth.” Not only some people can be saved by Jesus Christ, everyone who believes can have the opportunity to be saved through Christ’s suffering.

Perseverance of the Saints

Another way many people summarize this final point of Calvinism is “Once saved, always saved.” Latter-day Saints have a similar idea termed “retaining a remission of sins,”  but it operates much differently. The “once saved, always saved” doctrine means that salvation is something obtained on Earth that no possible behavior can undo. Latter-day Saints believe our actions matter. Retaining a remission of sins, on the other hand, begins with baptism but requires a life-long, good faith effort to do the will of God and an effort to make up for sins committed through life. The suffering of Jesus Christ then makes this good faith effort sufficient to return to God.

To summarize, the TULIP theology of Calvinism relies on the idea that people have no influence on their own salvation, that God chooses who to save, and then only makes salvation available to those few. Latter-day Saints believe God wants to save as many of His children as possible, but that He requires each person to make the choice to follow him. For those who choose God and strive to follow Him, the grace of Jesus Christ makes it possible to overcome human weaknesses and return to live with God in Heaven.