Faith The Church is True, Despite the Truth About the Church 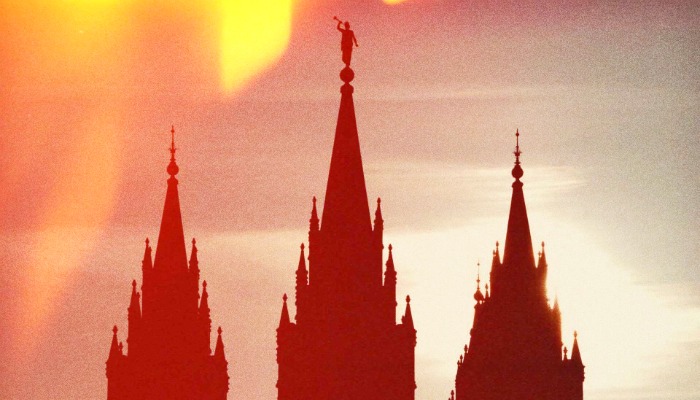 Remember that convert you recently saw in your ward? They got baptized, had a testimony and carried the fire of the Spirit wherever they went. And then, they slowly faded. They had questions that couldn’t be answered. They learned things about church history they didn’t like and that didn’t make sense to them, and they left. Or maybe it wasn’t a convert. Maybe it was a young man or woman born and raised in the Church. Maybe it was you. These crises of faith are happening all the time, but they don’t have to.

Three reasons why we don’t talk about the tough issues

Polygamy, past treatment of black men and women, the Mountain Meadows Massacre, those 15 things Brigham Young and Bruce R. McConkie said, etc. etc. etc.—these are things even we lifelong members often don’t know much about until years, decades after baptism. And frankly, it can be troubling.

When we do discover the bits of truth in the rumors thrown at us, sometimes we feel deceived. The natural question is, “Why? Why wasn’t I told about [insert topic here] sooner?” Well, here are three reasons why I think we don’t talk about the more controversial aspects of the Church very often (and why we don’t need to ignore them):

1. We don’t talk about tough issues because the Church wants to maintain a spotless reputation.

Understandably (even without the added defensiveness induced by centuries of persecution), Church leadership has done all they can to maintain a spotless reputation in the eyes of the world. This makes total sense. Every organization on the planet wants to put their best foot forward, and the Church is no exception.

Our art portrays Book of Mormon prophets as larger-than-life. That perception bleeds over into our views on modern prophets. We put on suits and ties, dresses and heels. BYU students can’t even have facial hair for heaven’s sake, but I digress.

It’s all well and good. We expect a lot of ourselves and understandably think Christ’s church should appear spotless. But sometimes it’s just hard to tell if we’re a real Church full of imperfect humans or just a live episode of Leave it to Beaver. Sometimes even the Church may appear to be what President Uchtdorf described as a “Potemkin Village,” which refers to “any attempt to make others believe we are better than we really are.”

Yes, we are the restored Church of Christ. But that doesn’t mean we’re a church full of Christs.

Every organization trying to attract an audience puts their tough issues on the back-burners. But unfortunately, the consequences of that PR strategy are coming back to bite us in the rear. We’ve created a fairy-tale paradigm of the Church that implodes over time (or no time at all), leaving members struggling with their faith, which is just the worst.

2. We don’t talk about tough issues because we don’t have answers to resolve them

We pride ourselves in being able to answer the questions of the soul: Who am I? Where did I come from? Why am I here? Additionally, we can answer all sorts of questions about the Atonement and grace versus works, process of revelation, etc. We like to answer things. So, those questions that don’t necessarily have satisfactory answers oftentimes get left behind.

Did God command the priesthood ban for black men and the temple ban for black women, or was it just culturally ingrained racism? Who knows. There’s not much to say about it other than, yeah, it happened. These topics are hardly things worthy of mention by missionaries on a first visit, but ultimately it’d be a good idea to address them before less friendly sources do it first.

3. We don’t talk about tough issues because most of them are tangential to what our focus should be on in the Church.

The Mormon Church isn’t just trying to sweep things under the rug. Sure, we’re not exactly going out of our way to draw extra attention to tough issues, but we don’t talk about some of them simply because this Church focuses on the fundamentals of the gospel of Jesus Christ. We teach and learn about faith, repentance, baptism, the Holy Ghost and enduring in Christ till the end of our lives and beyond. That’s what we spend our time on. Sunday School is about learning how to become like Christ, not learning the nuances of church history.

I’m not saying church history is not important. It’s extremely important and I think we need to talk about it more, in addition to (or within the context of) our usual gospel focus. That said, it’s understandable that at the end of the day these tough topics are tangential and of little importance when juxtaposed with the gospel of Jesus Christ.

The point of all this

Our history isn’t as clean as we’d like it to be, and we don’t talk about it as much as I personally think we need to. But the Church is true, despite the truth about the Church.

Christ Himself came to establish His church and His gospel in ancient times. The Son of God, King of Kings, Savior and Redeemer. Him. He came to establish his gospel and it was still undeniably messy. Judas, an apostle chosen and ordained by Christ Himself betrayed Him to the Romans. Peter tried to kill a Roman soldier (or at least the soldier’s ear), then he denied Christ multiple times. Then there’s Paul, who was an accomplice to murder before turning to God. Ultimately, the Church fell into apostasy and lost its way.

Sometimes I ask myself, “why would God allow [insert controversial topic here] to happen in modern times?” But I could easily follow that question up with, “why did God let it happen in ancient times?” The answer is the same: Whether Christ is physically on earth or not, He’s working with and through humans. And as Elder Jeffrey R. Holland has said, “That must be terribly frustrating to Him, but He deals with it. So should we.”

If all of those events (and more) happened when Christ Himself tried to establish His church, I think we’re extremely fortunate with the history a bunch of new converts left for us. You bet your backside mistakes were made, and we don’t have to try to justify all of them (nor can we). Yet those mistakes don’t change the fact that Christ’s gospel is real and we can find it in its fullness in The Church of Jesus Christ of Latter-day Saints.