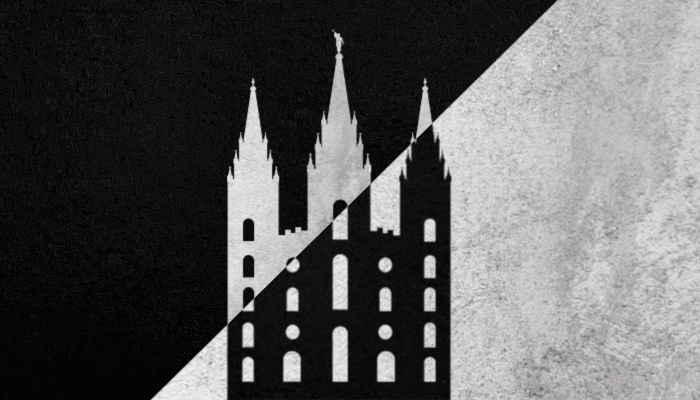 Tony believed that because “Church leader” did “X,” he must be a false prophet. Mary believed that “Church leader” would never do “X,” because he was a prophet. The truth was that both parties failed to understand what “X” really was and what a prophet really is. So what is it that both the critic and the Latter-day Saint had in common? Because of their biases, they took things a little too far, and both had strayed from the actual truth.

What does that mean?

Frankly, it’s an easy mistake to make. We heavily emphasize the “God element” of the Church (Christ, gospel, Plan of Salvation) because it’s the “God element” that truly matters. But if we don’t purposefully separate the “human element” from the “God element,” we start to confuse the two. Doing so is not only risky, it’s flat-out wrong.

The truth, unsurprisingly, is often found between both extremes of the continuum. The most accurate and realistic perspective is a humanized one. As a side note: I believe the Church’s new publication, Saints, is an exciting tool to help us separate the “God element” from the “human element,” thereby helping us achieve a more realistic understanding of our history (in the green territory of the spectrum).

Is the failure of the Kirtland Safety Society evidence of Joseph Smith’s fraud and villainy? Probably not. But did Joseph make mistakes that negatively affected peoples’ lives? Definitely. Joseph Smith was neither a god nor a devil.

Is President Dallin H. Oaks a bigoted, hateful old man? I don’t think so. Could he have exhibited more love and sympathy towards the LGBT community in his last General Conference talk? Sure. President Oaks is neither a god nor a devil, either.

In the same sense, was Peter’s attack on a Roman guard meant as an act of violent revolution against Rome? Probably not. Could he have handled the situation more appropriately? Of course. Peter was neither a god nor a devil, too.

King David wanted to build a temple, and the prophet Nathan responded, “Go, do all that is in thine heart; for the Lord is with thee.” Later, the Lord corrects Nathan and instructs that David is not to build a temple. Was Nathan a false prophet? Was he purposefully misrepresenting the will of God? Of course not, but he did screw up. He was neither a god nor a devil, as well.

Nathan, Peter, President Oaks, Joseph Smith, they’re all prophets, but prophets are still just people. They make bad decisions, they fail, they learn, they correct, they do the best they can.

So what’s the point?

And those in the red might interpret it that way. That’s their prerogative. But, especially online, there are people who are still deciding where their beliefs will fall on the spectrum. Many people view our leaders and history thinking that the darkest blue and darkest red are the only options. They need to see and hear from the people in the green (where our beliefs about 99.999 percent of the rest of humanity reside).

As members of The Church of Jesus Christ of Latter-day Saints, we have the restored truth. But let’s not make the mistake of unintentionally improving the truth about the less-than-perfect parts of our history. The critics are going to criticize. And they’re going to take things too far. Let’s not make the same mistake. The fact is, the Church can still be true despite the flaws of those mortals who do their best to run it. We don’t need to hide those flaws or hide from them. Just like our own flaws, we need to work to understand them, digest them, and then we need to move forward with faith in that being who is perfect, Jesus Christ.