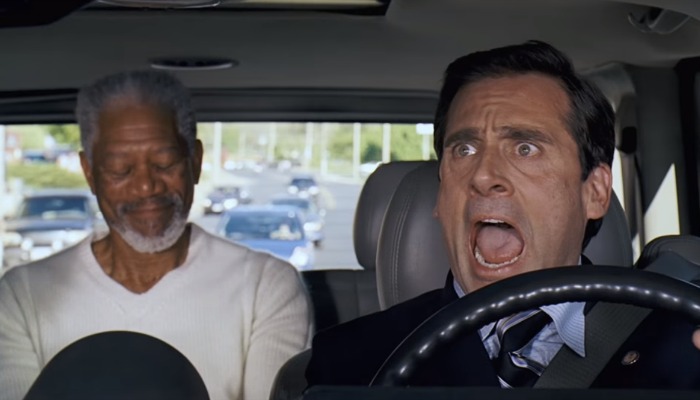 Good news: Evan Almighty is now on Netflix. My wife and I recently sat down to watch it and to my delight I found that the movie actually highlights some really important principles about modern prophets.

Now, granted, Evan Almighty is a movie. Steve Carrell isn’t a prophet, I’ve heard John Goodman is really a nice guy and Morgan Freeman probably isn’t God. But I do believe there are some very true principles in this work of fiction that we can apply to our very real beliefs.

If you’re familiar with the movie, you already know the ongoing struggle Evan experiences with his facial hair. No matter how many times he shaves, it instantly reappears. Evan, a newly elected congressman, must go to work looking more and more shaggy each day. To make matters even more hilarious, God then wants Evan to start wearing a Noah-esque robe. In an act of rebellion, Evan wears the robe underneath his suit and heads to an important meeting at work.

He slips into the meeting (a committee meeting covered by C-SPAN) a little late. When asked to stand to support a proposed bill he finds his suit folded neatly on the table in front of him. Suddenly Evan’s ancient prophet-like appearance is evident to the world and security starts to remove him from the room. Here’s where things get interesting.

Evan, who had been commanded to build an ark, shouts to the attendees, “It’s going to rain! There’s going to be a flood!”

The prophet was right about the flood, but wrong in that it would not be caused by rain. It makes sense to assume rain would have caused it, so we don’t fault Evan for it, but he was technically wrong.

Moral of the story: Even prophets can make incorrect assumptions sometimes. It happens. If it happens, God corrects them in His time. In Evan’s case, He let him figure it out on his own. Elder Bruce R. McConkie illustrated this point well when he said,

Forget everything that I have said, or what President Brigham Young or President George Q. Cannon or whomsoever has said in days past that is contrary to the present revelation. We spoke with a limited understanding and without the light and knowledge that now has come into the world. We get our truth and our light line upon line and precept upon precept.

2. Prophets don’t ask to be prophets (some probably didn’t even want to be)

It was a humble prayer that prompted God to appear to Evan. In it, he asks God to help him fulfill his campaign promise to “change the world.” Evan didn’t ask to become a prophet or build an ark.

“I don’t understand why you chose me,” Evan later says to God. “You want to change the world, son,” he responds, “So do I.”

Moral of the story: Evan Almighty shows that God chooses from amongst the meek and humble to do His work. Evan was not the most righteous, most eloquent or most intelligent guy around, yet he was a prophet. He didn’t ask for it, he didn’t want it, but with a little coaxing (like Jonah) he was willing to fulfill his calling.

For ye see your calling, brethren, how that not many wise men after the flesh, not many mighty, not many noble, are called:

3. Some questions won’t get answered

Why did Evan have to wear the robe? Why did he have to grow out his hair and beard? Why couldn’t he hire contractors to help build the ark? Why did he have to use ancient tools? Why did animals of every earthly kind gather to the ark when it would only be Prestige Crest near Washington D.C. that would be flooded? Why did Evan’s wife get a complete refill of chicken strips when she could have just picked off of her children’s baskets? OK, that last question probably doesn’t matter too much.

Moral of the story: God has asked prophets to do certain things throughout history. Like Evan’s experience, we may not have answers to every question about every detail of a prophetic task or prophesy. And that’s OK. It’s just a fact of life. We can speculate all we want, but God never even gives Evan solid answers to these questions. If anyone has a “right” to know, it’s him. But he doesn’t. There are questions that even prophets can’t answer.

One of the reasons we often want answers from God is because the things God does often seem ridiculous to us. Evan looked hilarious in the robe and slightly creepy with the shaggy beard. But for whatever reason, God had Evan wear them.

Church history and the scriptures are chock full of weird stuff happening. Moses talked to God through a burning bush. Joseph Smith put the seer stone in a hat to translate The Book of Mormon. Lot’s wife got turned into a pillar of salt. The Jaredites crossed the ocean with only glowing rocks as their source of light. Jesus spit in the dirt, made mud, wiped it on a guy’s face and healed his blindness.

Moral of the story: First, just because something is weird doesn’t mean God isn’t behind it. I mean, look at the blobfish for goodness sake.

Second, if we try to force God to work within our own logical parameters, we’re going to have a hard time. Evan sure did.

5. Some people simply will not believe 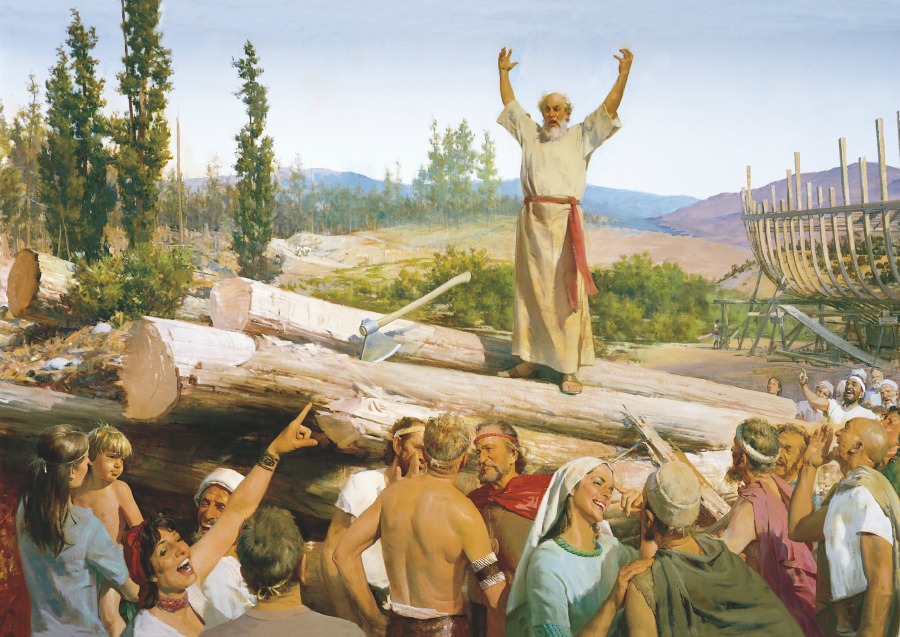 Eventually, Evan resigns himself to his prophetic calling and gets to work on the ark. A crowd soon gathers at his construction site and continually harasses him. The media reports on his antics and he becomes the laughing-stock of the nation. For a large portion of the film, not even Evan’s wife believes him. Until the actual flood arrives, the circle of those that believe him remains incredibly tiny.

Yet I’m confident that even after the flood, which was caused by a ruptured dam, some people would have still refused to believe.

“It’s impossible. It was either a coincidence or Evan must have rigged the dam to blow,” they might say. Maybe others would cite the false assumption Evan made earlier in the film. “Evan said rain would cause the flood. Prophets are always right and Evan was wrong.”

Moral of the story: It’s hard to believe in modern prophets. There may never be enough evidence to convince those that simply don’t want to believe, because God likes to operate in the realm of faith. That’s why He uses prophets. Faith and irrefutable evidence cannot exist in the same plane. That simple fact suggests that a belief in a modern prophet will almost always be unpopular. It will almost always be the subject of ridicule. That pattern is evident throughout the history of the world. Check out this gem from the first chapter of 1st Nephi (emphasis added):

And when the Jews heard these things they were angry with [Lehi]; yea, even as with the prophets of old, whom they had cast out, and stoned, and slain; and they also sought his life, that they might take it away.

In essence, Nephi is saying the same thing we often say now: It’s easy to reject a prophet that is living and breathing right in front of you.

So, if you’re a believer but feel bombarded by messages whose purpose is to instill doubt in you and to embarrass you for your beliefs, you’re in good company.