Faith LDS History 5 Miracles in the life of Lorenzo Snow 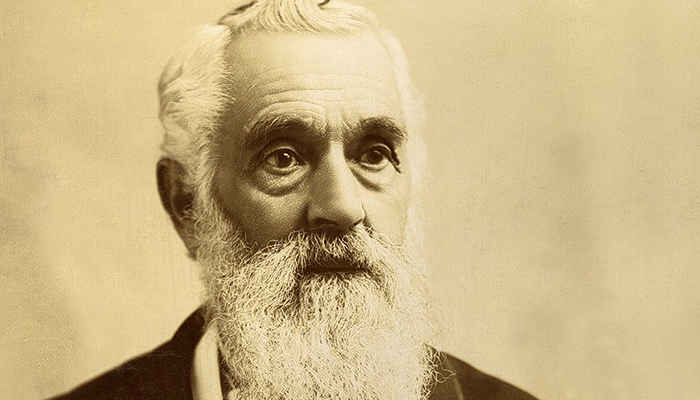 April 10, 2014 is Lorenzo Snow’s 200th Birthday! To celebrate here are the storie of five miracles from the fascinating life of Lorenzo Snow.

The Way is Opened for Lorenzo Snow to Serve a Mission

Soon after being called as an apostle, Lorenzo Snow left to serve a mission in Italy. But he first had to cross rather treacherous plains by foot. His journey began in winter, and a long deep snow lay in front of him. A small wind picked up behind him, which grew until strong enough to blow the snow out from in front of him. The strength of the wind behind him, allowed him to make his way on dry ground. Later, during the same travels, a group of two hundred men began to pursue Lorenzo, and the small group he was travelling with. They were armed, and appeared ready to attack. When they were only a few steps away, and electric shock seemed to reverberate through the group stopping them in their tracks. Lorenzo continued on his way, and faithfully served his mission in Italy.

After arriving in Italy, Lorenzo Snow struggled to find many converts. He boarded with the family of Joseph Grey and began to teach to the people in the town of Piedmont. Joseph had a three year old son that was critically ill. Lorenzo described him as “reduced to a skeleton.” Lorenzo worried that if the boy died the people of the town would attribute it to their boarding at the home and destroy any chance of their work. The next morning Lorenzo planned to go up to a local mountain and pray for the boy to be healed, but as he left the boy’s mother cried out that he had died. Still he left to the mountain. When he returned, the mother reported the boy had not died, but was still very ill. The missionaries administered a blessing to the boy. Only hours later his health began to return. That night his parents slept for the first time in weeks. Within a few days, the boy was entirely healed!

Lorenzo Snow Returns the Favor to a Kind Crew

After serving a mission in England, Lorenzo Snow returned to the United States on a ship with many of the new Latter-day Saint converts. The crew of the ship was very close, and they extended much kindness and courtesy to the Latter-day Saints on board. But they had no interest in their faith. During the voyage, one of the prominent crew members grew ill. The man was beloved by everyone on board–especially his fellow crew members. Nothing the captain tried improved the man’s health. The situation grew so bad that late at night the captain roused the crew to give the man their last good byes. One of the Latter-day Saints was awake. She asked the captain if she could wake up Lorenzo to administer a blessing to the man. The captain dismissed the woman saying it was too late, but she insisted, and the captain gave in. The women woke up Lorenzo who then went to the captain. The captain again insisted there was nothing that could be done, but he allowed Lorenzo to administered a blessing. Very soon after the man arose, and began to walk the deck praising God for his recovery. The miracle softened the hearts of many of the crew members who began to study the gospel and were later baptized into the Church.

Later in his life, Lorenzo Snow, served in Brigham City, Utah. A young woman in his stake Ella Jensen, had become ill. Lorenzo worried about and prayed for Ella. On the morning of March 1, 1891, Lorenzo got a message that Ella had died. He went to her home to give his condolences to the family. By the time he arrived, she had already been dead two hours. While there he felt prompted to ask for consecrated oil. He remembered a promise in his patriarchal blessing that if necessary he would have the power to bring people back from the dead. Lorenzo Snow administered a blessing to the girl. Ella recounts feeling her spirit leave her body, content that she was going to the spirit world, and watching her family weep, and then hearing Lorenzo tell her she must come back, which she then did.

While traveling to the Polynesian Islands to correct some miscommunication, Lorenzo Snow, then an apostle, got into a small boat to make the last leg of his journey. The boat got stuck between two swells, and turned over completely. While Lorenzo’s travelling companions were able to swim to shore, both he and the captain remained adrift. The captain, clinging to a heavy bag of silver, was saved by several natives of the island. No one could find Lorenzo. One in the rescue party sat on top of the capsized boat, and with his feet felt Lorenzo pinned below. He pulled him up, but he was lifeless. They rowed to the shore as quickly as possible. When he arrived on shore, the elders travelling with Lorenzo, including Joseph F. Smith, gave him a priesthood blessing. The rescue party rolled barrels over his back to get the water out from him. But when there was no hope the elders began to administer mouth to mouth resuscitation. This would have not been so miraculous had it not been decades before CPR was widely known. Lorenzo Snow’s life was saved by a miracle!