Temples of The Church of Jesus Christ of Latter-day Saints serve as important symbols for the worldwide Church. Many temples sit on hilltops and mountains, overlooking the valleys they serve and providing beacons of light and faith to millions of Latter-day Saints.

Every day, Latter-day Saints gather in to worship Christ and serve both the living and the dead. Latter-day Saints treat the ordinances performed inside the temple as sacred rather than secret, as these ordinances are among the highest and most important performed within the Church. That said, there are many things about LDS temples that you might not have known. Here is my completely subjective list of the 11 most interesting things about LDS temples.

11. You Don’t Need a Temple Recommend to Go Inside 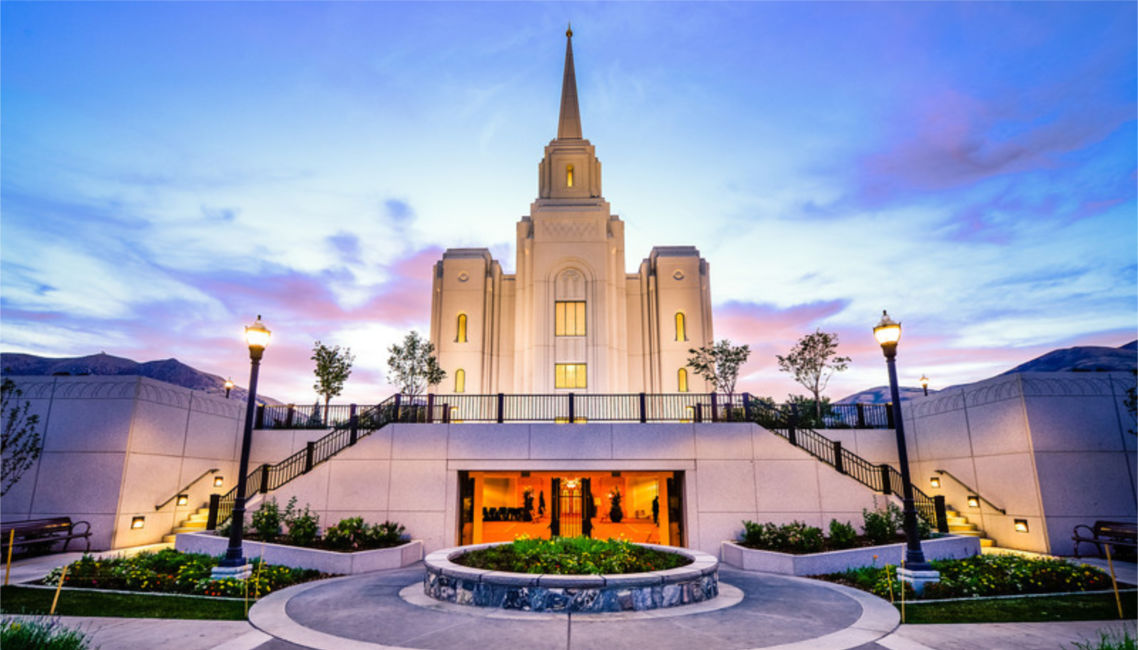 That’s right, I said it. A temple recommend is not required to go inside—that is, up to a certain point. You do need a temple recommend to get past the front desk and enjoy all the blessings of the temple, but every temple has a lobby wherein anyone can enter to sit, relax, pray, and enjoy the sacredness of the house of the Lord.

Several years ago, one of my best friends was sealed to his wife in the San Diego Temple. I had another friend who was there to celebrate who was not a member of the Church and, therefore, did not have a temple recommend. He needed to go to the bathroom, and there were no open bathrooms in sight. So, he went inside the temple and asked to use the bathroom. The temple workers kindly obliged. 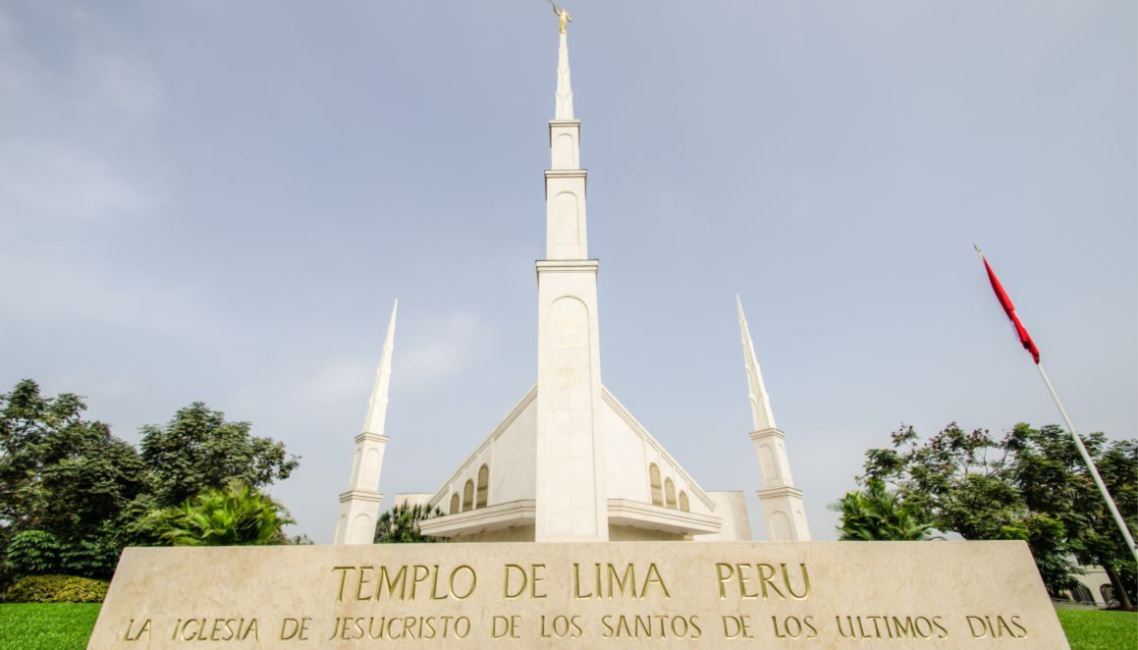 In the 2017 Statistical Report for the 2018 April General Conference, The Church of Jesus Christ of Latter-day Saints reported that there were 159 temples in operation at the end of 2017. With temples seemingly announced at every General Conference (we’ll see if any more are announced during this conference), the numbers of temples that dot the earth will continue to grow. Indeed, there is beauty everywhere.

Likewise, the Lima Peru Temple was dedicated in January 1986. Just over thirty years later, President Thomas S. Monson announced the intent to construct the Lima Peru Los Olivos Temple. Which city do you think is up next to enjoy the blessing of two temples? 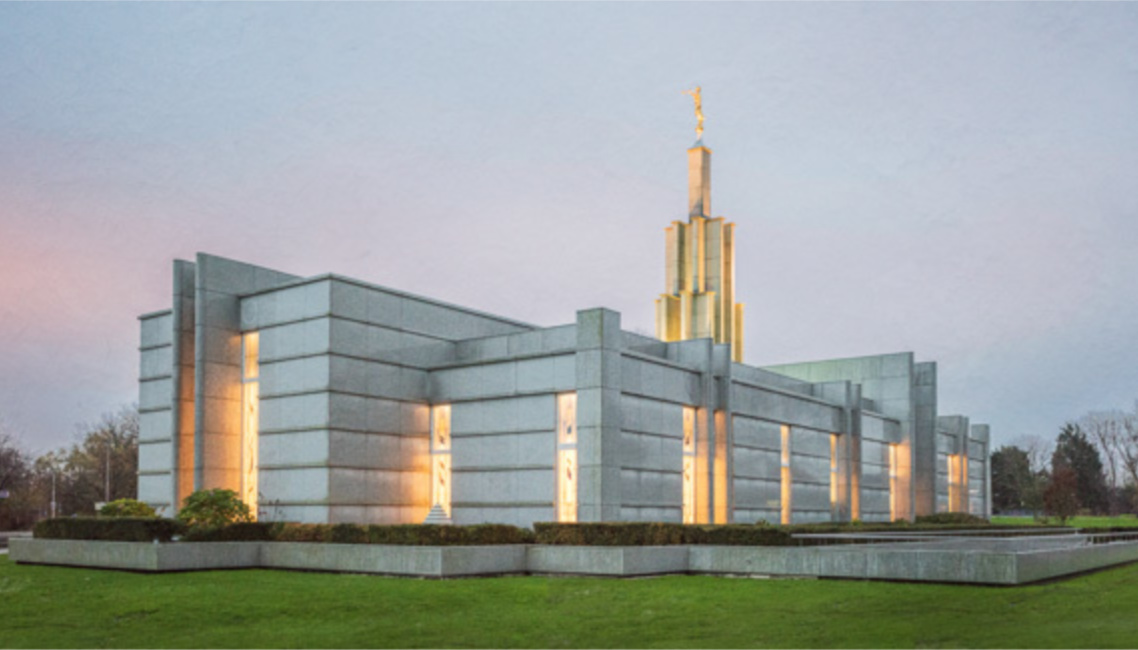 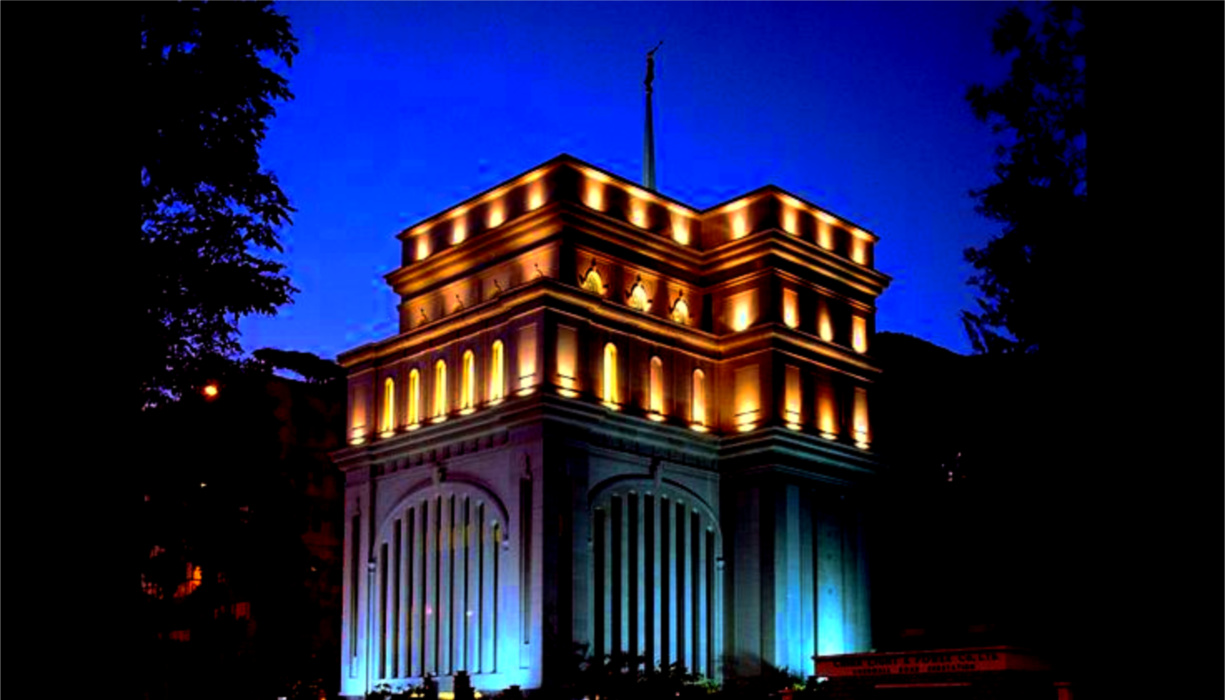 The Hong Kong Temple was constructed under interesting circumstances. Here is the story according to churchofjesuschrist.org:

In 1991 the First Presidency asked the Asia Area Presidency to begin searching for a temple site in Hong Kong. If the Church were to build a temple in Hong Kong, it would have to be built before July 1, 1997, which was when the People’s Republic of China would resume government control.

President Gordon B. Hinckley (1910–2008) arrived in Hong Kong on July 25, 1992, to approve a site for the temple. After visiting six different locations, President Hinckley discussed his feelings with the local stake presidents and decided that none of the locations would work. [. . .] President Hinckley “then shared, on a sheet of white paper, a detailed drawing. During the night, he had envisioned a building of about eight floors above ground, with the temple on the top floors and other functions housed on the lower floors.

President Hinckley returned to Salt Lake City and presented the new design to the Temple Department. The architects saw an opportunity to expand the building and created a plan that would be nearly twice the size originally designed by President Hinckley. The plans were completed and sent to Hong Kong for approval, but after negotiations with the officials, the building plans were denied. Remembering the experience they had earlier with President Hinckley’s first design, the Area Presidency immediately recommended that the Church return to his drawing. This plan quickly received approval, and the Church began construction on the temple. The Hong Kong China Temple was dedicated on May 26, 1996, by President Hinckley.

I guess it helps to do exactly as the Lord’s chosen prophet counsels. 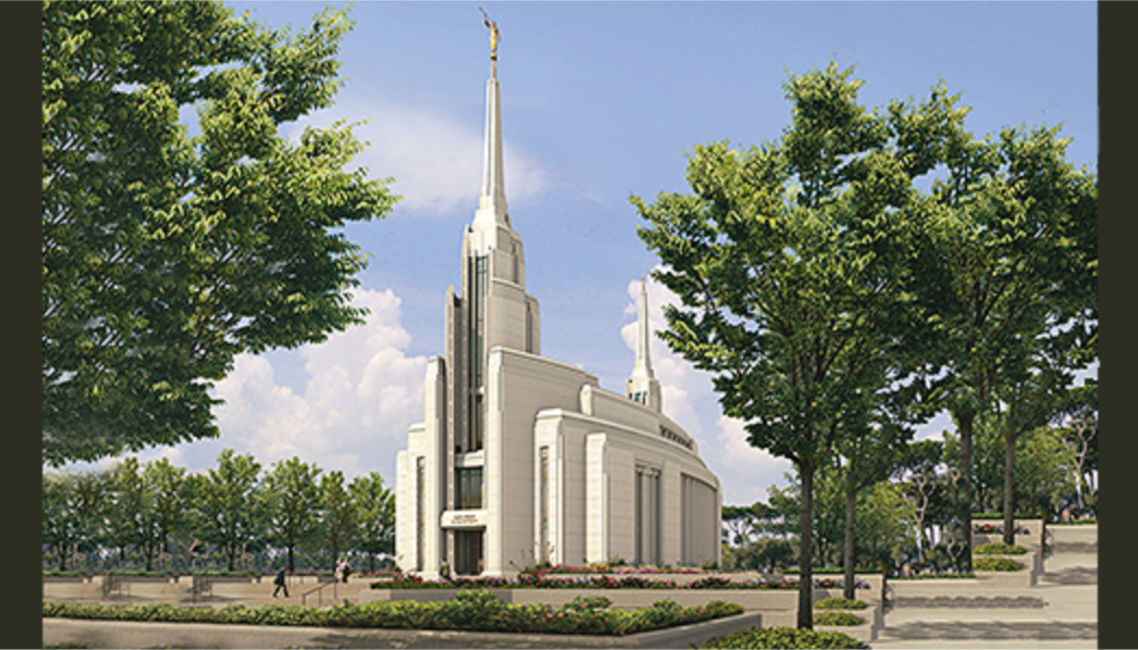 There are six temples that took over ten years to complete after their announcements. You can click here to read about the circumstances of each delay.

A pair of temples, when dedicated, will have taken just over ten years to complete after their announcements. These temples are the Rome Italy Temple and the Fortaleza Brazil Temple.

This is one of my favorite temple stories. I know, I’m biased since I live in Provo, but the construction of the Provo City Center Temple is incredible!

The Provo City Center Temple used to be the Provo Tabernacle. In 2010, however, a fire burned it down. Deseret News writes the following about the event:

Hearts broke when the Provo Tabernacle caught fire in 2010 as locals saw a piece of their heritage destroyed.

The Provo Tabernacle has now risen from the ashes to become the Provo City Center Temple.

One of the reasons I love the story of the Provo City Center Temple is that it demonstrates that God can turn even the direst of tragedies into something grand and beautiful. Now the Provo City Center Temple serves as the house of the Lord, and the piece of Provo Tabernacle heritage that seemed once lost now adds to the temple’s symbolic meaning for the local Provo Saints.

The transformation from the burnt remains of the Provo Tabernacle to the Provo City Center Temple can be seen in the time-lapse video above. 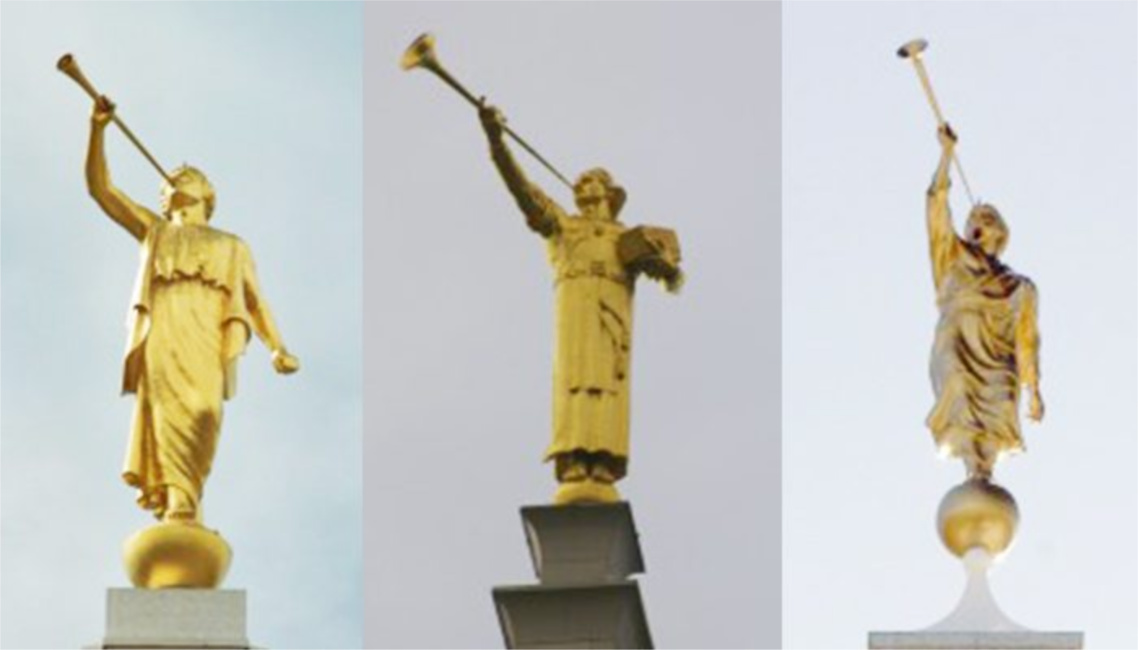 Although Latter-day Saints do not worship Moroni, we respect him as an important figure in helping usher in the restoration of the fullness of the gospel. The statue of Moroni, which always faces East, can thus be seen as an important symbol atop most temples.

But not all Angel Moroni’s are made the same. In fact, over the years the statue has gone through many changes and renovations. Cyrus Dallin created the first Moroni statue for the Salt Lake Temple. Several of the earlier Moroni statues, such as the ones atop the Los Angeles Temple and Washington D. C. Temple, carry gold plates in their left hands. More recent Moroni models have been adapted to fit the smaller temple designs.

You can click here for a more detailed description of the eight different designs of the Angel Moroni by Bryan Olson. 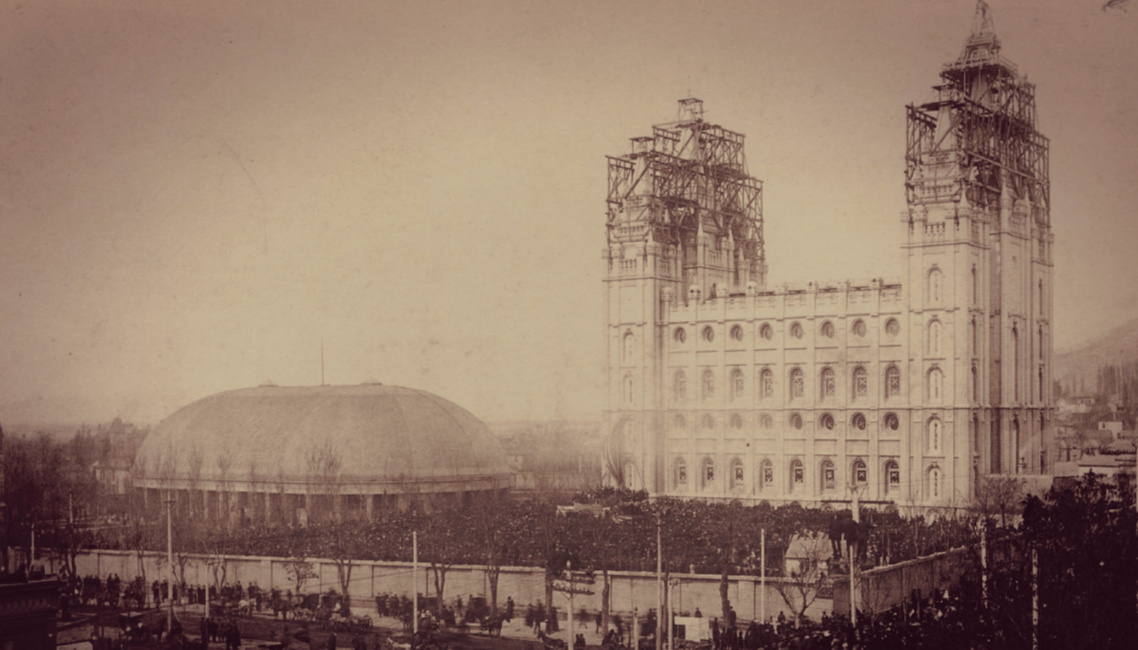 You might have heard this urban legend in one of your Sunday school lessons. The legend goes something like this:

Well, I hope your testimony on Brigham Young as a prophet didn’t depend on this story because this legend is false. You can read more about debunking this urban legend in an article at LDSLiving.com or in an extended article on the temple’s construction by Paul C. Richards titled “The Salt Lake Temple Infrastructure: Studying It Out in Their Minds.”

Basically, elevator technology was not a new concept when the Salt Lake Temple was constructed. King Louis XV built an elevator in the Palace of Versailles in 1743, and by the early 1860s technologies like elevators and electricity had already begun to be widely used. Remember also that the Salt Lake Temple was not completed until 1893, and most of the temple’s interior was designed and built in the latter years of construction. The debunked legend, however, takes nothing away from the Salt Lake Temple’s beauty, grandeur, and importance. 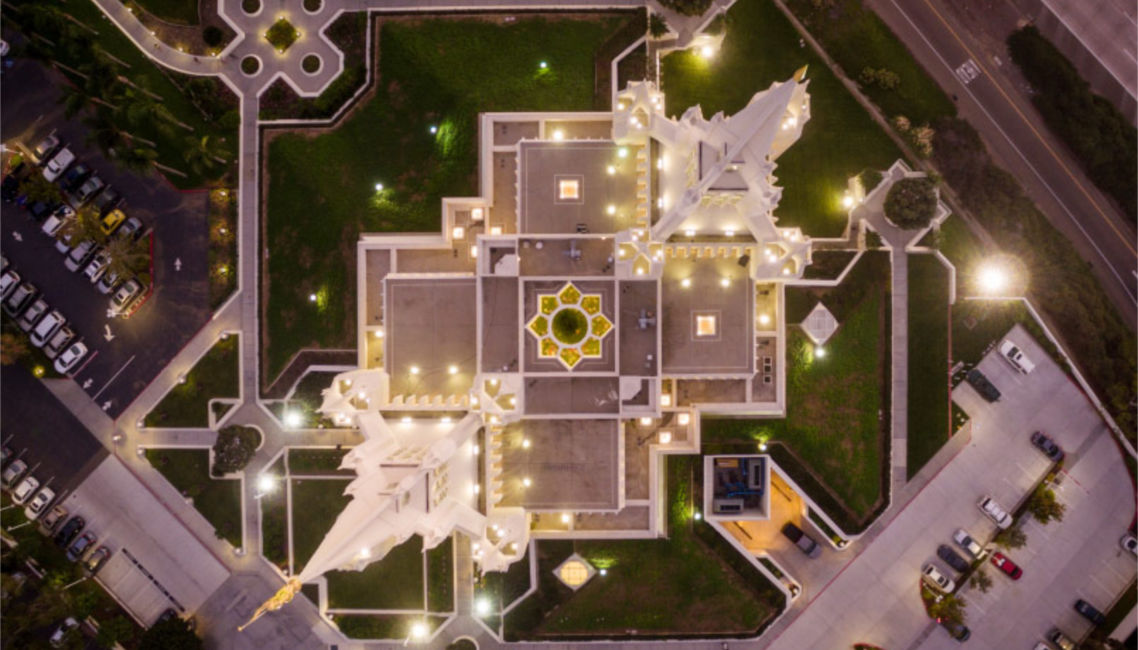 Ernest Lehenbauer states that the eight-pointed star “is such a significant symbol that President Hinckley had it added to the Salt Lake City Temple, and since then it has shown up in many more LDS temples.” 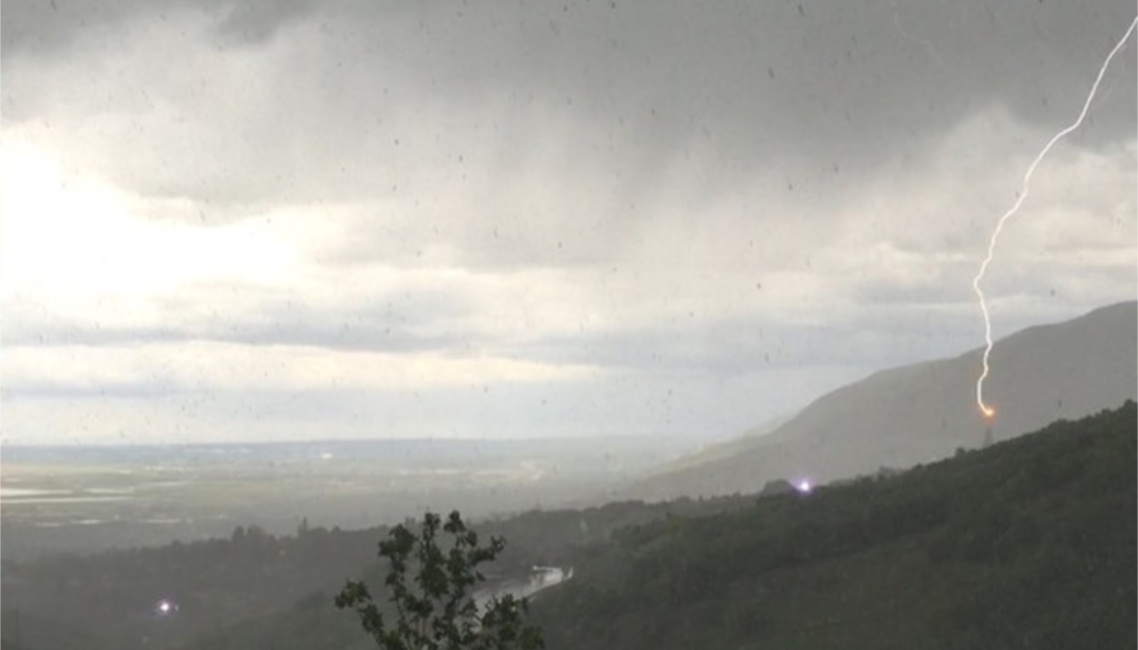 If you’ve ever heard the idiom “lightning never strikes twice,” you might be shocked to find out that it did. According to witnesses on KSL news, lightning struck the Angel Moroni atop the Bountiful Utah Temple twice on May 22, 2016. The second strike, which can be seen in the photo below, badly damaged the Angel Moroni, and the iconic statue had to be replaced on June 1st of that year. 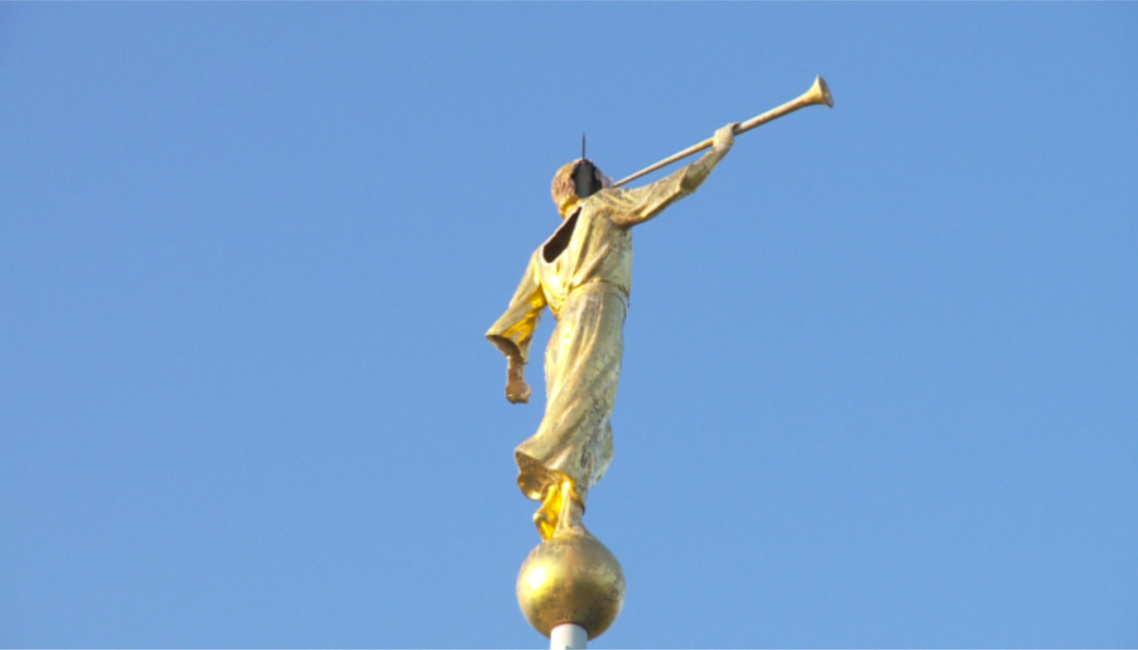 Apparently, lightning strikes on temples aren’t all that uncommon. The more modern models of the Angel Moroni have a lightning rod built into them, according to an article published in the November 2009 “New Era”:

Since gold leaf is a perfect conductor of electricity, and because the figures are often placed high above the ground atop a temple’s tallest spire, they are frequently hit by lightning. Today’s figures have a copper rod running through them vertically, which extends several inches above the figure’s head at the top, and attaches to a grounding cable at the bottom. This serves both as a lightning rod and as the mechanism for mounting the figure on the building’s tower.

1. Another Story About Lightning, and Another Urban Legend About Brigham Young 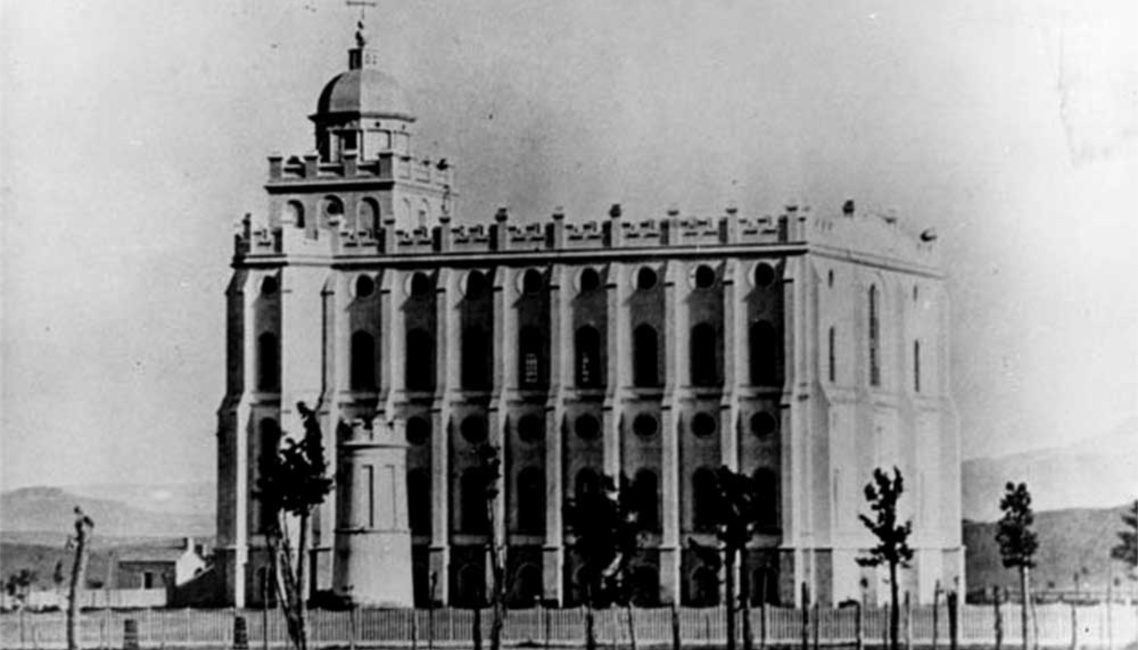 There is no way of telling whether or not this urban legend is true, but it goes something like this:

The St. George Temple was much anticipated. It was the first temple completed in the West and the Salt Lake Temple was taking decades to finish. But when the time to dedicate the St. George Temple, Brigham Young did not like how its steeple looked. He wanted the temple to have a heightened steeple, not the short one that can be seen in the picture above. But the Saints knew that constructing a new steeple would delay the temple’s dedication, so they left it as it was.

Brigham Young was able to see the dedication of the temple months before he died in 1877, and the Saints enjoyed the temple for over a year. But in October 1878, a severe thunderstorm passed through St. George and lightning struck the steeple.

Since the lightning strike damaged no other part of the temple except the steeple, some have speculated that it was Brigham Young who sent the lightning down to destroy the steeple he didn’t like. Needless to say, the Saints in St. George built a taller steeple to honor Brigham Young’s wishes.

How about you? Which temple story was the most interesting? Are there any other interesting stories you would add? Let me know!