Faith Why Can’t I Seem to Love My Neighbor? 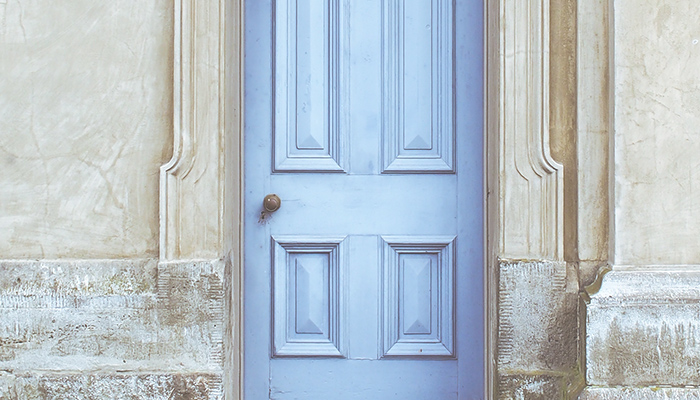 We all know the story of Christ telling the Pharisees the two greatest commandments and the parable of the Good Samaritan. We’ve all been taught since we were little that “we need to treat others as we want to be treated” and that “we need to love everyone.” As we get older, many of us find ourselves thinking, “I need to love my neighbor more.” So, if we get it why is it so hard to actually do it?

We All See The World Differently

Every person has different opinions concerning politics, their favorite movies, religion, gender issues, what books to read, and how to handle racial issues. I have yet to find another person who has the same opinions as I do on the new Captain America movie, and I could spend hours debating the possible outcomes of the next presidential race. (But I won’t do that here.)

My point is, we’ve all got different perspectives, and that’s okay.

Having the ability to compare and contrast ideas is a great blessing. It allows us to see things in a new way and discuss them with each other. Doing so allows us to grow closer together as friends and neighbors. Problems begin to arise, however, when we stop looking at other perspectives as helpful, but as opponents to our own. When we do this, we start to puff up our chests and tell each other why we’re right and why everyone else is wrong.

Even though we all have different ideas, we can still be kind to each other. The eleventh Article of Faith explains this principle:

“We claim the privilege of worshiping Almighty God according to the dictates of our own conscience, and allow all men the same privilege, let them worship how, where, or what they may” (Articles of Faith 1:11).

It doesn’t say to be perfect, nor does it ask other people to be. It only asks that we be given the privilege of worshiping how we will and that we allow others the same opportunity.

Instead of looking at differing opinions as weaknesses and shortcomings, we should look at them as opportunities to grow closer to the Savior. If we do so, and follow the precepts laid out in the scriptures, then we can begin to understand what the Lord means when He says, “If they humble themselves before me, and have faith in me, then will I make weak things become strong unto them” (Ether 12:27).

We Spend Lots of Time in an Echo Chamber

Have you ever stood in a canyon, shouted into the void, and heard your voice echoing off the rocky walls? The internet can act in the same way, allowing us to shout into Facebook or Twitter and receive the same ideas back from those that follow or are friends with us.

What may start as an innocent venting of frustration quickly becomes a toxic idea that echoes through social media and eventually leaks out into the real world. Our keyboards become shields from behind which we sling taunts, gossip and threats, because we do not have to see the faces of our neighbors that are hit by our harmful missiles.

“But, what they said isn’t true, and I need to correct them! I’m just trying to help them understand what’s really true.”

If we move when not directed by the Holy Spirit, it’s unlikely that we’ll really promote understanding. We’ll be more likely to harden the hearts of our neighbors and drive them further from us than soften and change them.

Rather than trying to argue online, let’s “reason one with another…face to face” (Doctrine and Covenants 50:11).

We Plug Our Ears

Pride is not a new sin. It is the same sin that stopped the Lamanites from accepting the gospel, the Jews from accepting Jesus Christ as the Savior, and the early Church from following the Law of Consecration.

Today, many of us hold our heads up high and proudly wave our banners for this organization or that. Whether it be for a soccer team or a political group, we divide ourselves and look down on those who are not affiliated with the same people as we are.

On the rare occasion that the hard-drawn boundaries between groups is crossed, and someone tries to speak their mind, the other “[stops] their ears, that they should not hear” (Zechariah 7:11) and casts them out, returning to their current rhetoric.

When calls for help come from the other side of the dividing lines, they are not heard for the same reasons. We constantly forget that we “are [all] children of the most High” (Psalms 82:6).

The prophets and apostles have taught us time and time again to love one another. It is through love and humility, that we are able to serve others and promote goodwill towards all men. Even those with whom we disagree.

When we listen to (and follow) the words of the prophets, we can bring the Spirit into our daily dealings with our neighbors and share Christ’s unconditional love. We can break down the impenetrable walls of pride and listen to that which our fellow men have to say. We can live peacefully one with another in our differences, and find comfort and joy in the company of those we love.

We Feel Constant Pressure from All Those Around Us

Today, seemingly constant criticism comes from all sides for the things we believe and do and can be very daunting, leaving us scratching our heads and wondering what to do. In Alma the Younger’s time, the same thing happened. Many members of the Church were persecuted “because they did impart the word of God, one with another, without money and without price” (Alma 1:20). This persecution did not come solely from outside the ancient church, but from within also.

Nevertheless, there were many among them who began to be proud, and began to contend warmly with their adversaries, even unto blows; yea, they would smite one another with their fists.

For the hearts of many were hardened, and their names were blotted out, that they were remembered no more among the people of God. And also many withdrew themselves from among them.

Now this was a great trial to those that did stand fast in the faith; nevertheless, they were steadfast and immovable in keeping the commandments of God, and they bore with patience the persecution which was heaped upon them” (Alma 1:21-25).

These trials were only solved when the people of the Church began to serve and love their neighbors. The scriptures say, “And they did impart of their substance, every man according to that which he had, to the poor, and the needy, and the sick, and the afflicted” (Alma 1:27), and eventually they prospered.

But, the people didn’t allow their prosperous circumstances to lift them up higher than others, but “they were liberal to all, both old and young, both bond and free, both male and female, whether out of the church or in the church, having no respect to persons as to those who stood in need” (Alma 1:30, emphasis added).

Persecution is always going to be around. It’s something we have to learn to deal with. As we do so with faith, we will be blessed — just as the Nephites were — and will be able to reach out further and help everyone around us, regardless of what they do or believe.

We Can Do It

Loving is hard. It’s hard to put aside our differences and see each other as not only neighbors, but also as brothers and sisters. But that’s okay. Christ has given us the ability to change and progress meaningfully towards more perfect love. If we apply the Atonement in our lives, we will be able to promote unconditional love and charity to all of our friends, neighbors, brothers, and sisters on this Earth and more fully say, “I love my neighbor.”