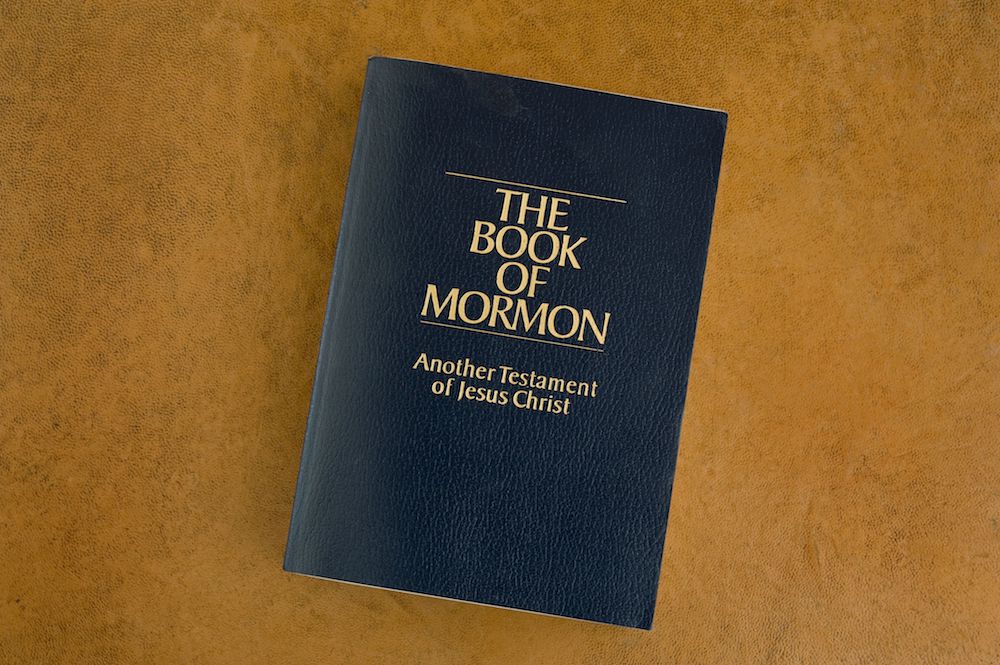 Well, let’s start with the cover; the Book of Mormon is “Another Testament of Jesus Christ.” What exactly does that mean? It means that, much like the Bible, this book also contains
the history of people who received a witness of the living God, who directed and blessed their lives through prophets. In the Bible we learn the stories of people who lived from the time of Adam down to Malachi and then from Jesus Christ to the end of His apostles.

In the Book of Mormon we learn of a people who were led from Jerusalem to the Americas in about 600 BC, where they continued to receive guidance from God. They relied on this guidance to overcome struggles, doubts, wars, and many of the same things that we face today.

In the Book of Mormon, the people were continually taught about Jesus Christ, that He would come, as the Savior of the world, to sacrifice His life for all mankind and show us how to live and become like Him.

After the resurrection of Jesus Christ in Jerusalem, He visited those in the Americas where He blessed the little children, healed the sick, and taught His doctrine. In this way, the people of that time were able to bear witness of the living Christ.

The Bible and the Book of Mormon, together, are like two branches that testify of the same root. They both contain the words of prophets who received revelation about the Savior to come and answers to essential questions like, Why are we here? Where will we go after this life? Does God hear and answer my prayers? Can I be forgiven of my sins?

The Book of Mormon was first published in 1830 in English, and today it is translated into more than 107 languages. At the end of the book, Moroni offers a promise, that whoever will read the book and pray to God to know of its truth, they will receive a witness of it.

Behold, I would exhort you that when ye shall read these things, if it be wisdom in God that ye should read them, that ye would remember how merciful the Lord hath been unto the children of men, from the creation of Adam even down until the time that ye shall receive these things, and ponder it in your hearts.

And when ye shall receive these things, I would exhort you that ye would ask God, the Eternal Father, in the name of Christ, if these things are not true; and if ye shall ask with a sincere heart, with real intent, having faith in Christ, he will manifest the truth of it unto you, by the power of the Holy Ghost.And by the power of the Holy Ghost ye may know the truth of all things. (Moroni 10:3-5)

Members of The Church of Jesus Christ of Latter-day Saints have put this challenge to the test and have felt the witness of its truth. For them, it has become a beacon of hope and faith both in this life and in the life to come.

You can read and download the digital version here (audio version available too) or request a free physical copy here.