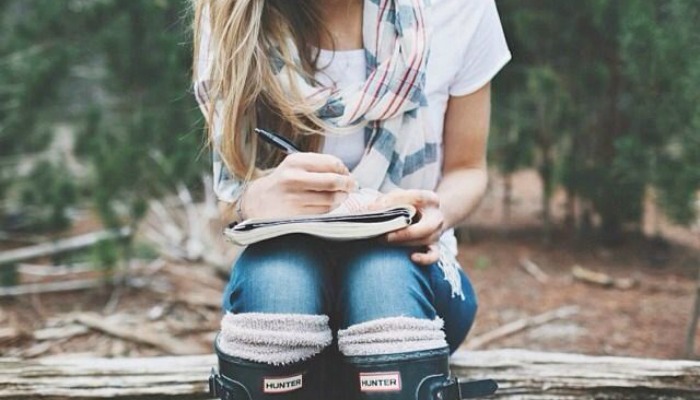 I’ve been a writer basically all my life, so I feel some shame in sharing the following secret with you: I am, and always have been, a terrible journaler.

A few years ago, I found a journal I had bought with some allowance money when I was 8 or so. In it, I think there’s one entry recorded in the month of May. I didn’t write about my day or what was happening in class; I wrote about my birthday. FROM SEVEN MONTHS AGO. (October babies, where you at?!) I had gotten a Barbie I really liked and my grandma had made me my favorite breakfast dish, so I guess I felt like that trumped all recent events.

My journal entires since that time have been sporadic at best… And sadly, since I never journal, when I do, I still have to write about important events from months before (although hopefully I’ve grown a little bit, since I don’t typically include what I ate for breakfast all those weeks ago). Yet in spite of my journaling flaws, there is one thing I’ve been fairly good at: keeping a record of my spiritual experiences.

Because in my experience, that’s the key to receiving revelation.

Keeping a Record of Spiritual Experiences

In a 2016 Ensign article entitled “The Joy of Learning,” Tad R. Callister discusses the importance of recording spiritual experiences — and how when we do so, the Lord will give us further revelation and will continue to bless us with sacred experiences.

“Why is it so important to record spiritual experiences we receive at church and elsewhere? Suppose for a moment that a mother is speaking to her teenage son and at one point he says, “Mom, this is really good counsel.” He then takes out a notebook and starts to record impressions he received from their conversation. Once the mother has recovered from the shock, would she not want to give him more?

No doubt the same principle applies to counsel from our Father in Heaven. As we record the impressions He gives to us, He is more likely to give us further revelation. In addition, many of the impressions we receive may seem at first like small acorns of thought, but if we nurture and ponder them, they may grow into spiritual oak trees.

The Prophet Joseph Smith spoke of the importance of recording insights and impressions: ‘If you … proceed to discuss important questions … and fail to note them down, … perhaps, for neglecting to write these things when God had revealed them, not esteeming them of sufficient worth, the Spirit may withdraw … and there is, or was, a vast knowledge, of infinite importance, which is now lost.’“

I can 100% vouch that what Brother Callister and the prophet Joseph said are true. When the Lord gives us revelation and we show Him that it’s important to us, He’ll give us more. On the flip side, if we fail to recognize and record those moments of enlightenment, the once bright memory and feeling will fade until they are dim and forgotten.

That’s the thing about revelation: it requires effort on our part. It requires asking, listening, and then doing something with the answer we get (i.e. writing it down and, when applicable, acting on it). When we show the Lord that we value His words by putting forth that effort, He recognizes our attempts by blessing us with more.

Revelation can come at any time, but it tends to come more frequently (and strongly) when we take moments to be still and to reflect on our Savior. This might be during our personal or family scripture study (I’ve received revelation many times as I’ve read a verse that seemed to be just for me), while we say our prayers, or perhaps during the passing of the sacrament. When we write those experiences down (even if it’s just on your phone rather than in a journal), the Lord will impart even more.

Plus, the Lord clearly expects us to document our spiritual experiences. Remember when the Nephites didn’t record Samuel the Lamanite’s visit?

In 3 Nephi 23 when Jesus is among the Nephites, He says,

“Verily I say unto you, I commanded my servant Samuel, the Lamanite, that he should testify unto this people, that at the day that the Father should glorify his name in me that there were many saints who should arise from the dead, and should appear unto many, and should minister unto them. And he said unto them: Was it not so?

And his disciples answered him and said: Yea, Lord, Samuel did prophesy according to thy words, and they were all fulfilled.

And Jesus said unto them: How be it that ye have not written this thing, that many saints did arise and appear unto many and did minister unto them?

And it came to pass that Nephi remembered that this thing had not been written.

And it came to pass that Jesus commanded that it should be written; therefore it was written according as he commanded.”

Then guess what Jesus did after they wrote those things down?

He expounded more unto them.

DO Try This Experiment at Home, Please

Okay, so that’s all well and good provided you’re receiving revelation in the first place. The “recording your experiences” method works well for receiving more revelation, but what if you feel like you’re not receiving any to start with? Spoiler alert: the answer still involves writing.

In an LDS Blogs article by Krystal Wilkerson, “Stop and Listen: The Power of Prayer and Revelation,” the author talks about how prayer and revelation go hand in hand… And then she invites us to try the most riveting experiment that she asserts will help us in our quest to receive revelation.

“I don’t know about you, but my prayers are usually quick and then it’s on to the next thing. I very rarely sit and listen. How can we expect our prayers to be answered if we don’t take the time to sit and listen? Are we so busy in our lives that we can’t make sufficient time for our Heavenly Father? Saying my prayers should not be treated as something on my spiritual checklist, but as a time for reflection and peace—something that as a mom of two young kids, I don’t get very often. What if I told you I had the answer to getting your answer? What if I told you I found out a secret to always getting an answer to your prayers?

When I was in my Young Women’s calling, one of the teachers mentioned she was talking with a friend one day about her lack of sleep. Her friend suggested that during those quiet, sleepless moments, to use a notebook. One not to share with anyone. On the first page, she said, write “Dear Heavenly Father,” and then write everything you are thinking of, worrying about, and needing. The next morning, write, “Dear (Your Name)” and just let the Spirit talk. Write down whatever comes to your mind, then go back and read both letters. The results are amazing!

During some hard months, I got to a point where I was doubting Heavenly Father was hearing me at all. I felt like I was pleading and praying—almost begging—but I wasn’t seeing any results. I wanted to do better, but hadn’t found the tools to help me do that. I knew prayer would help, but again, I was looking for something concrete and prayer was just not cutting it. It wasn’t until I took that Young Women leader’s challenge. I was up one night unable to sleep due to sickness and worry (about everything from my husband, my children, the past, and the future).

I remembered her lesson and grabbed a notebook and started to write. I poured my heart out. The next morning I woke up, and in quiet solitude I did it again, and I received an answer. At first I wasn’t sure if the letter to myself were my words, or the Spirit’s, but I kept writing anyway. After I went back and read, the words I wrote to myself, were the very answers I needed. What I experienced in doing this was personal revelation and an answer to my prayers.  I know without a doubt it was the Spirit guiding me. I look back now at my letters to myself, and it doesn’t even sound like me or my writing.

If you are struggling in your prayers, whether it be listening or feeling like you aren’t being heard, try this notebook method. Make time for that quiet reflection, whether it’s in the wee hours of the morning, late at night, in the car, or waiting at the doctor’s office. Then stop and listen to your Heavenly Father. We are so bombarded with noise all day every day . . . Your Heavenly Father wants to talk to you—you only need to listen.”

I’ve done this before, and it totally worked. Sometimes in those moments, I thought, “Maybe this is just me talking to myself,” but looking back, it was completely the Lord speaking to me. He’s told me things that I’ve seen come true, and as I’ve moved forward, believing the things He’s told me and pushing away doubts that enter in, I’ve been blessed immeasurably.

Recording our spiritual experiences isn’t only good for receiving revelation or more revelation — it has another extremely significant benefit. It allows us to look back and see the Lord’s hand in our lives. As we re-read our experiences, we’ll see the power of the Lord and its influence in our lives and the lives of our loved ones.

As I’ve looked back on spiritual experiences in my life, one thing has become clearer than all others: the Lord loves me so deeply. He loves each of us with a love so consuming and abounding that we will never fully comprehend it in this life.

As we we record our spiritual experiences, which are a gift from God Himself, we show Him that we love Him, too. 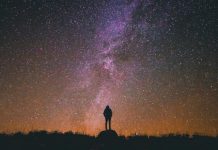 3 Truths About Revelation You Haven’t Considered Yet