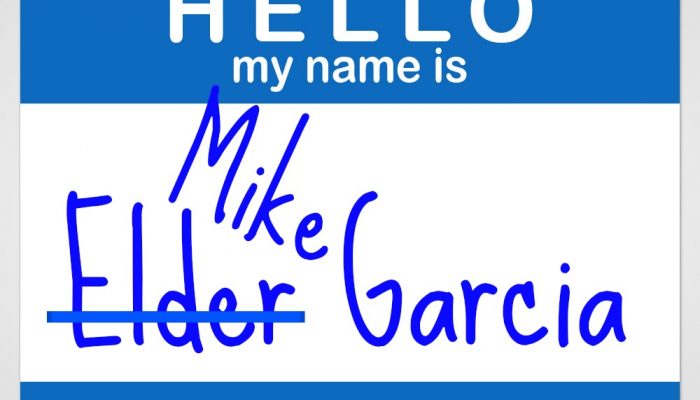 Every six months, we have General Conference. YAY! #ldsconf amazingness. Another LDS cultural phenomenon that happens every six months is the gathering of missions to see each other once again – mission reunions. These are supposed to be amazing gatherings where we can reminisce on the miracles we witnessed during the mission, and strengthen each other in all the good things we are each individually striving towards. And in the middle of remembering the miracles and feeling the Spirit, some very awkward things tend to happen as well. Here are just a few:

*Note: I mostly speak here to the gender of the elder. Sisters, please forgive me for writing to the elder and translate. 🙂

Ehh… unless you know she is the one, I would highly recommend not doing this. Because by the end of the night, she will have to be okay with being the one.

2. Wearing a Part in Your Hair, or a Beard

Hey there is nothing wrong with a beard, but just remember I told you it would be a little awkward, especially if Elder Jeffrey R. Holland shows up out of the blue (this has happened before). As a missionary, you never had one, and you’ll be with all your mission companions and buddies and president(s). So you may feel a bit out of place. Just like if you still wear a part in your hair. Nothing wrong with a part either, but you don’t have to do it anymore like you did in the MTC. Sisters, you can do your part as long as you want. 🙂

Good for you elder, seriously. Way to “have a love affair with the word of God” like Gordon B. Hinckley says [1. See the amazing talk Feasting Upon the Scriptures].  Just remember you might be the only one who has them there. Also, remember that they are available on smart phones so if you did need to pull up the scripture that your mission president talks about in his little reunion devotional , you still can on your phone.

4. Making up your Major, Cause that’s the only Question Anyone Asks You.

“What are you majoring in? Underwater basket weaving. What are you going to do with that?” So you just got home and you have no idea. THAT’S OK! You are most likely going to change your major and your career at least once each if you are like most people. So just be honest and say “I have no idea” because being honest and vulnerable makes it much easier for other people to do the same and then we aren’t all walking around pretending like we have life figured out, when we don’t. Some of the greatest solutions to your life will come when you are honest and vulnerable. Everyone has a gift to give. Be honest about not knowing what you want to be when you grow up and you might just get some amazing advice that will change your life forever.  And if you do know. Go and help those who don’t to know how you figured it out!

5. Knowing that Missionaries of the Opposite Sex are up for Grabs.

I have heard of some amazing marriages that have come out of two missionaries who served in the same mission. They didn’t flirt on the mission and kept their “heart locked” while they were full-time missionaries. They then “met” again as returned missionaries and fell in love. That’s okay. Maybe your mission president will tell you something different. He absolutely will tell you something different while on the mission. There is nothing inherently wrong with this, but it might be a little awkward when you try to explain that you didn’t fall in love when you were on the mission, especially when you have that conversation later in life and people ask you about when you “first laid eyes on her.” Yep, you were both missionaries when you first laid eyes on each other, and you were probably attracted to each other, but who wants to say that they were going against the prophet’s counsel to “Lock your heart.”[2. See Lock Your Heart, by Spencer W. Kimball also see this fun conversation on the lds.net forum] So it’s your call.

6. Recruiting Past Companions for Summer Sales.

Just don’t do it. Don’t bring the bonus binders and the offers for $1000 to the reunion. Not kosher. I did summer sales for a few summers. And yes, I did graduate debt free, but I didn’t recruit at my mission reunions. It just didn’t seem right. It seemed a little awkward. Same thing goes for MLMs. Por favor.

7. Showing up Without a Significant Other, or 3 Babies

This is also a little awkward when the rest of your companions get married the day they get home and you are still looking for a wife and 3 kids. 🙂

8. Hugging former Mission Mates of the Opposite Sex for the First Time.

Hugging is okay now,  but it still might feel a little weird to hug a sister in your zone if you were the zone leader. You don’t have to “unlock your heart,” but you can definitely hug people. Hugging is good for you. Think of all the oxytocin this could create. [3. Click here to find out what Oxytocin is and why it is good for you.]

9. When You Ask Your Old Companion to Come with you as you Leave.

You aren’t companions anymore. But hey, it’s okay to drive home together like old times. And it’s also okay to say a prayer before you start the car to ask for safety and for the Lord to be with you as you embark on your new journey as a returned missionary. He is still there to help you – and it is just as important that you talk to Him now as anytime during your mission. Never forget that!

10. Not Remembering your First Name.

Just say “sister” or “elder.” It’s okay. I will always remember the amazing brother in my ward who taught me that it’s okay to forget. He asked me what my name was and I said: “Elder Proctor…I mean…Andy.” And then he said, “No, you were right. Don’t ever forget that. You will always be Elder Proctor.” It’s true.

11. Wearing a Shirt and Tie to the Reunion.

It just feels right, but then you arrive to find that everyone else is dressed in a beefed up version of “P-day clothes.” Just wear your best P-day clothes. You’ll be glad.

And if you decide to wear the shirt and tie…hey…it’s okay Elder, you still look good no matter what anyone thinks. 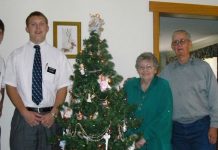