Faith The Day We Found a Dead Man on My Mission 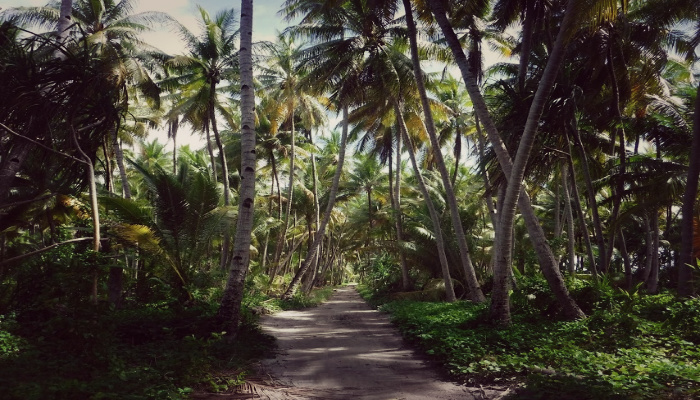 I was on a small island in the Central Pacific. My companion Elder Mattison and I woke up one clear, sunny morning with plans to perform a service project for a ward member in conjunction with members of the Elders Quorum. We hopped on our bikes and set out to round up some of the brethren to let them know it was time to start. Our first stop was Beeria, an older, single member who looked like an islander version of Robin Williams.

As we approached his house, nothing could have prepared me for what happened next.

Beeria’s house was more like a medieval fortress than the traditionally wide-open stick huts which you commonly find on the islands. It was unlike anything I ever saw during my two years there. A huge stone wall, painstakingly built from oceanside rocks he had chiseled off and gathered with his bare hands, encircled much of the enclosure.

We stopped our bikes and called out to him from the path, but heard no reply. Again. “Beeria!” No reply. Then his two huge dogs ran out to the front of his house where we stood. Beeria never went anywhere without his dogs, so we knew he must be nearby. We decided to walk around back and see if we could find him. Elder Mattsion leading the way, we walked past the side of his house into his enormous backyard. We noticed him resting on his hammock off in the distance. A mound of dirt was piled up beside him with a shovel off to the side, indicating he had been hard at work. 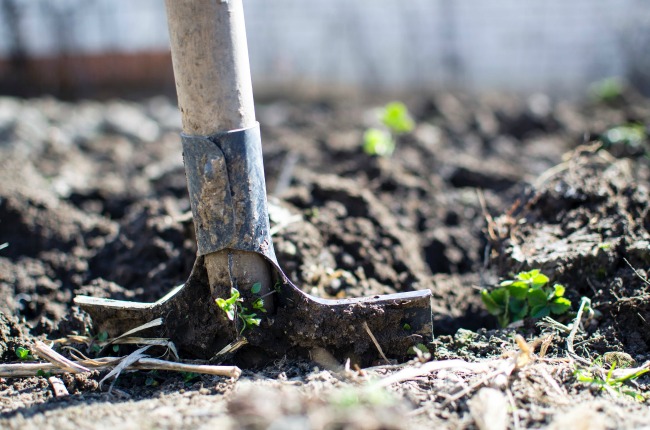 Momentarily, we contemplated whether or not we should go wake him up. On the one hand, he was clearly tired from working in his yard. On the other, we were already sparse in numbers and needed as much help as we could get for the service project. Knowing Beeria’s gentle demeanor and willingness to serve, my companion decided waking him up was the best option.

Elder Mattison slowly walked over to awaken Beeria, calling his name in the process. Beeria didn’t stir. As he stood over him, it was evident that he was unresponsive. No rise and fall of his chest could be seen. Elder Mattison looked up at me with a grief-stricken face, “He’s gone.” I sat down on a nearby tree stump, my heartbeat rising higher than the mid-morning sun.

Related: What can I do to stop my doubts and fears regarding death?

The local villagers suspect Beeria accidentally drank a bingita (species of Spanish fly) which are known to contain a deadly toxin. These bugs are known to fall into the karewe (coconut toddy) bottles placed at the tops of coconut trees, a very popular drink in this region of the Pacific. Upon examining his body, the after-effects of consuming such a bug pointed to this being the cause of his death.

He was older and did not have the best eyesight, so he must have drunk it unknowingly while he worked. As he became weary from digging and rested on his hammock, the poison set in and he had a lethal seizure. Beeria had lived alone for years and had no close family, explaining why we were the first ones to find him. No one knows how long he lay there before we came.

Reflecting back on this experience, I’m grateful to have known this faithful man and for my knowledge of the plan of salvation. Though it may be surprising to us mortals, I believe in the Lord’s timing in all things.

He was one of the first converts on this remote island and remained very active until his passing. He loved passing the sacrament and dancing at ward parties. Every week he would bike to the northern tip of the island to watch the airplane land. He had a fascination with America, specifically learning about soldiers and the war. Beeria was an amazing man.

Because of Jesus Christ’s Atonement and resurrection we can take comfort in knowing that death is not the end. There is “redemption” to be had for those who are deceased.

And if Christ had not risen from the dead, or have broken the bands of death that the grave should have no victory, and that death should have no sting, there could have been no resurrection.

But there is a resurrection, therefore the grave hath no victory, and the sting of death is swallowed up in Christ.

How grateful Elder Mattison and I were for this truth that shocking day on an island in the middle of the Pacific Ocean. 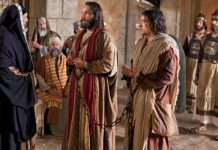 If There Really Was a “Great Apostasy,” Does That Mean Christ Failed?