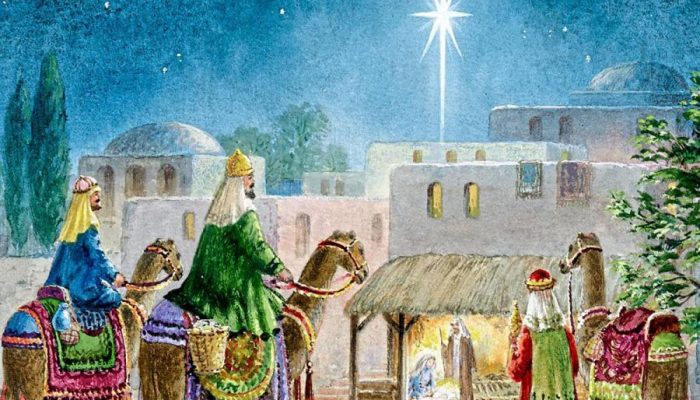 I have always had this curiosity about the formation of the new star which led the wise men to the Christ Child in the Christmas story found in Matthew. A new star? How can this be? Obviously God has the power to make all things possible, but I wanted to know—Is there a scientific explanation for the creation of this new star? To help cure my curiosity, I turned to BYU Professors of Physics and Astronomy, Dr. Eric Hintz and Professor Maureen Hintz.

There are only 12 verses in the Bible that talk about these wise men who found Jesus. After studying those 12 verses, I learned three important things.

First, it should be noted that nowhere in Matthew does it specify there were ONLY three wise men. In fact, it is very likely that there was a company of wise men who came to visit Christ.

Second, it is important to note that “wise men” translated into ancient Greek is magoi. Magoi in New Testament times loosely translates to men interested in dreams, astronomy, astrology, magic, or books. These “wise men” would have been comparable to modern-day astronomers and were therefore very knowledgable regarding the stars.

Now that we know some of the basics about these wise men, let’s jump into the possible explanations for the formation of the new star.

There is a chance that there was no new star at all. The shepherds were guided to the Christ Child by an angel, not astronomy. Maybe the wise men were likewise guided by an angel who simply reminded them of a star, due to their background in astronomy.

Matthew 2:9 says, “and, lo, the star, which they saw in the east, went before them, till it came and stood over where the young child was.” I don’t know about you, but I have never seen a star come and stand over a location. An angel, however, could do so. Of course, this could be a metaphor, but maybe not. 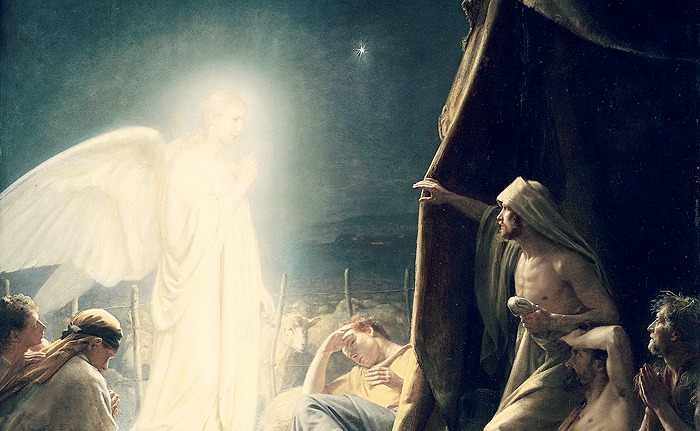 When a star explodes and dies, a supernova occurs. A supernova is a star that quickly and suddenly increases in brightness because of the catastrophic explosion. Supernovas are extremely bright! Supernovas can briefly outshine entire galaxies and radiate more energy than our sun could in its entire 10 billion year lifetime. They will also stay bright for months after the initial explosion.

A supernova actually did occur in 5 B.C. Since it appears that Herod the Great died in what we count as 4 B.C. this actually could have been the year of Christ’s birth. During this time in history, the Chinese were some of the best astronomers on the planet. The Chinese would have recorded a new star if they witnessed one and they did but in 5 B.C.

When looking at the sky with the naked eye, planets can easily be mistaken for stars. Every so often in the night sky, we can witness something called planetary conjunction. Planetary conjunction is the meeting or passing of two or more planets, causing the celestial objects to look brighter than they would normally appear. Conjunctions are rarely seen and are easily missed, as they only last a few hours.

While a few conjunctions took place around the birth of Christ, one conjunction stands out in particular. In June of 3 B.C. (possibly a sign of the miraculous conception of Christ) Venus and Jupiter overlapped during a planetary conjunction. Venus is the brightest planet followed by Jupiter, so during this conjunction, the “star” likely stood out in the night sky. Interestingly enough, for many early civilizations, Venus represented femininity and virginity while Jupiter represented royalty and righteousness. This specific conjunction occurred in the middle of the constellation of Leo, or the lion, which is known as the Royal Constellation.

If you are curious as to what planetary conjunction looks like, Jupiter and Saturn will overlap on December 21, 2020. This conjunction will give onlookers a good idea as to what the wise men may have seen.

Related: The Real Story of Christmas

Regardless of which theory you chose to believe, I hope each has reminded you of the fact that Heavenly Father has a plan for each of us. He intentionally created everything in the night sky—planets that orbit the sun, stars that form constellations, and the moon were all put in place for a reason. Heavenly Father knew these wise men would be looking for a sign so He made sure to provide one. He likewise knows exactly what we need when we need it most.

Which of these explanations do you believe was the cause of the Bethlehem star?