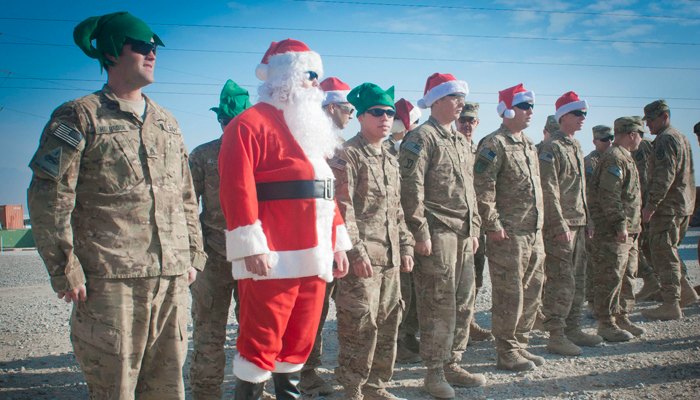 Whether we realize it or not we are each linked to the soldier’s cause. Our friends and family send their sons and daughters, husbands and wives, fathers and mothers to the very edge of humanity.  As we stay behind and watch them take on this burden, who are we to not give more than gratitude this Christmas Season? To those who willingly give all of themselves can we not do more?

As civilians we cannot fathom the scope of the soldier’s commitment and thus all too often fail to appreciate what it is they are fighting for. Do you remember the plight of the Sons of Helaman? Do you not see that there are righteous men and women who have been called upon today as they have been in the past?

Alma 56: 17- And they entered into a covenant to fight for the liberty of the Nephites, yea to protect the land unto the laying down of their lives; yea, even they covenanted that they never would give up their liberty, but they would fight in all cases to protect the Nephites and themselves from bondage.

20- And they were all young men, and they were exceedingly valiant for courage, and also for strength and activity; but behold, this was not all—they were men who were true at all times in whatsoever thing they were entrusted.

21- Yea, they were men of truth and soberness, for they had been taught to keep the commandments of God and to walk uprightly before him.

47- Now they never had fought, yet they did not fear death; and they did think more upon the liberty of their fathers than they did upon their lives; yea, they had been taught by their mothers, that if they did not doubt, God would deliver them.

The sons of Helaman, like ourselves, were not warriors. They were not trained to fight and had no experience in a military environment. Then what good were they?

Mormon answers this by keeping us, the readers, focused on the spiritual strength that “they were men who were true at all times in whatsoever thing they were entrusted. Yeah they were men of truth and soberness, for they have been taught to keep the commandments of God and to walk uprightly before him.”

This is the support they became to the Nephite army, and as such we too can be of moral and spiritual support to our troops. The message of their experience can be used as an example to the members in these latter days.

President Ezra Taft Benson has said: “I fully realize that the Lord has predicted wars and rumors of wars (D&C 45:26). I recognize that only true repentance can stay the destructive forces of war and calamity.

Before the final triumphal return of the Lord, the question as to whether we may save our constitutional republic is simply based on two factors—the number of patriots and the extent of their obedience. That the Lord desires to save this nation which He raised up there is no doubt. But that He leaves it up to us, with His help, is the awful reality”.

As a soldier’s sister, I have felt the testament that drives my brothers forward. There is an underlying truth that they lean on which has gauged their strength and piloted their resolve. This task at hand cannot be cheapened by those who refuse to understand nor can it be simplified as a “job to do” —as if anyone could do it. They have taken on this calling and have grown because of it.

When my older brother was preparing for deployment last winter, knowing he’d be away from his family during Christmas, he had our younger brother offer a Priesthood blessing. The fear of the unknown, the sadness of his absence and the anxiety of his station were, for that night, lifted as the Holy Spirit was called upon to protect, to guide and to strengthen not just the soldier, but the family left behind.

The sacredness of that moment confirmed that God had prepared him to move forward to do what he was asked to do and go where he was needed to go.

Generations of our family that have gone before him were called upon that night to stand with my brother and to go where we could not follow.

Christ’s Atonement brings with it the gift of true freedom: the release of emotional pain, moral injury—human corruption. In as much as Jesus bled for all of our afflictions, He has also taken on the burden of His soldiers. Those who have been called to stand, to guard and to fight for the safety of His flock.

“I’m a sheepdog. I live to protect the flock and confront the wolf” – LTC. Dave Grossman

He has heard their thoughts, seen through their eyes and felt the pangs of vulnerability course through their body from their hands to their hearts, to their very core.

Only our Savior can truly understand their internal sacrifices, the loneliness: the inner-struggle of the soldier. To feel their pride, to keep them moving forward when the world wants them to turn away.  Only through Christ can those who love and protect us be truly loved and protected themselves.

Be strong and of a good courage, fear not, nor be afraid of them: for the Lord thy God, he it is that doth go with thee; he will not fail thee, nor forsake thee (Deut 31:6)

As we celebrate Christ in our lives may we take a moment to realize how the Plan of Salvation links us to the soldiers-at-arms. That because we‘ve been blessed with faith and with family to help us through our journey that we then need to listen and act when we are asked to support our brothers and sisters through theirs. To share our testimony and build up spiritual support for those called to watch His sheep. To embrace them when they fall and to help them stand up again.

A soldier’s Christmas cannot always be observed on December 25th. The day is not treated differently from any other day on the front lines. The tired servant will find a moment to reflect on the day, what it means and how they can feel the Spirit even without their family and their traditions. In true reflection anyone can feel the Savior’s love on any day and in any environment- even that of war.

There is one sheepdog who is far away and will not be home this Christmas. To him I leave my testimony of our Lord’s promise:

Peace I leave with you, my peace I give unto you: not as the world giveth, give I unto you. Let not your heart be troubled, neither let it be afraid. (John 14:27) 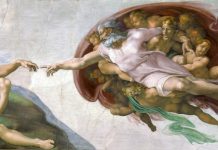 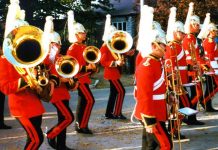 When Our Strength Isn’t Enough