Mormon Culture The Mormon House Hubby Letter to Seminary Students: “You are the Truth”

The seminary teacher at my ward building reached out to those who work with youth to help her with a project. She wanted us to write a letter about one section of the Doctrine and Covenants to the seminary students in her class to be read on the day they study the section. Since I currently work with the young men, I was enlisted.

Here’s the letter I wrote to them:

What do Mormons Believe?

President Eyring’s father is one of the most influential chemists in history. There’s a good chance that theories he developed appear in your chemistry textbooks.

He also lived as a devout member of the Church. When he was about to leave for college, his father sat him down and said, “You go over to the University of Arizona and learn everything you can,” and then he added this crucial observation, “whatever is true is a part of the gospel”

The apostle James Talmage said that Latter-day Saint beliefs are “coextensive with truth” a fancy phrase that simply means we believe everything that’s true. This is what Joseph Smith and Paul meant when they said “We believe all things.”

After an evening interviewing the Savior, Pilate asked, “What is truth?” and like him, any sufficiently thorough study of the Savior will cause you to ask the same question. What is this truth stuff that we believe all of?

First and foremost, the truth is Jesus Christ. He is the way, the truth and the life! Any honest search for truth, and this is my testimony to you, will end with us bowing before the Savior of mankind.

But, while Jesus Christ is the only way, He’s not the only truth.

So what else is truth? It’s not an easy question. When philosophers ask this question they call it epistemology, and they’ve been studying it for twenty-five hundred years. And they have come up with thousands of competing theories.

Elder Talmage takes a stab at answering the question. He says “the industrial pursuits . . . the arts that please, [and] the sciences that enlarge and exalt the mind are but fragments of the great yet uncompleted volume of truth,” which might start to hint at the breadth, the vision of complete truth.

But in Doctrine and Covenants section ninety-three, the Lord answers the question.

The Lord Knows What We Need

The answer begins with Joseph Smith being dragged from his Kirtland home in the middle of the night, tarred, feathered, and left for dead. This tragic incident ushered in a period of intense, virulent persecution of the Church.

The tension threatened to snap the Church in two. But this struggle precipitated revelation. In a two year period, nearly a quarter of the Doctrine and Covenants rained down from heaven. During what was perhaps the most trying period of the early restored Church, God responded by bursting the dams of truth. Sections like seventy-six, eighty-four, eighty-eight, and ninety-three blew open the possibilities of “theological cosmology.”

Section ninety-three acts as a crown on this series of revelations, both expanding and commenting on the nature of truth. The section slices through the muddling millenniums of confusion on what is truth, and answers with this sublime and important revelation. You are.

You are truth. Your experience, your point of view, your loves and passions, your faith, your hopes, your struggles. That is truth. And since Latter-day Saints believe in all truth, we believe in you.

Let that settle in for a moment. The doctrine of this marvelous work and a wonder is you. The stone cut without hands rolling across the whole Earth believes in you. The foundational tenet of this work that has converted millions, that has called the voice of God down from Heaven, and that has restored access to the Savior of all mankind is you.

Your thoughts and experiences are legitimate. Explore them and bring them with you to the gospel. Your unique world view is an indispensable element of the great whole of truth. If I want to know all truth, I need to know how you think, and how you feel, and how you believe.

And that’s only the beginning, section ninety-three teaches that you began as an intelligence, and that you can end like God.

Cool, right? Section ninety-three opens up the mysteries of heaven in a way few revelations ever have. It looks both further back and further ahead than any revelation ever had to see our primordial substance and our most distant potential.

This is a philosophical treatise worthy of a lifetime of study. Yet the section concerns itself mostly with practical religion. It cares less about what you think, than about what you do. It begins with an injunction to keep the commandments and ends with instructions on how to teach our families. This soaring disquisition wants nothing more than to be a sermon on how to be a good person on a day to day basis.

So how should knowing that you are truth, change what you do at school today? Well, here’s the catch. That kid, who sits in the third row back during fourth period, and smells like he hasn’t showered in about a month. He’s the truth too. That jerk who left the idiotic comment on your Facebook page. We believe in her. That guy with black fingernails and eye liner. We believe in him too. Every creep, classmate, friend, and loser is the truth.

And just as much as we need each other to learn all truth. We need them too. And if you have in you the potential to become like God, so do they.

So how does that change first period? When you know the kid sitting next to you is crucial to your eternal potential?

It changes things. Which the Lord knew when he sent this revelation at such a precarious time for the Church. And it worked. Members repented; the Church thrived. Knowledge changed behavior.

And it will change things for you. You should be desperate for friendship, quick to kindness, and insatiable in your desire to learn from everyone around you. Section ninety-three can change your life.

My prayer is that you’ll let it.

Your Brother in Christ, 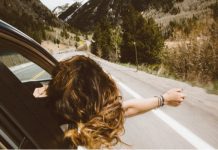 The Church is a Vehicle, Not a Destination 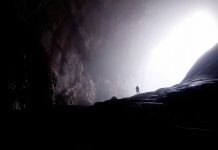 “Saving” Ordinances, the Covenant Path, and the Power of Godliness 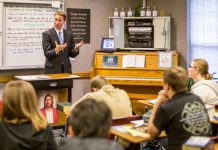