The following article was written by Robert Walz and is shared here with his permission.

LINDON, Utah – Walking away from a company that he helped develop into a multi‐billion‐dollar international giant did not work out the way Brooke Roney thought it would. Instead of a gold watch, Nu Skin International gave him a motorcycle at his retirement party, a tongue‐in‐cheek gift that led him to a new career as the owner of the fastest growing Harley Davidson dealership in the state of Utah.

The climax at Roney’s retirement party in 2007 came when his Nu Skin partners rolled out a gigantic chrome and bright red Harley Davidson motorcycle. “What are you trying to do, kill me?” he asked them. But instead of returning the gift, Roney took it for a ride. “I fell in love. I think it was the feeling of freedom, the wind on my face and road under my feet. It was the best therapy ever. I had no idea where this wild ride would eventually take me.”

After 24 years as a senior vice president at Nu Skin, Roney had a sweet job with a huge top floor corner office, stock options and world travel as the director of the Nourish The Children Foundation. “I loved what I was doing, feeding hungry children all over the world.” But Roney, the father of 12 children, soon found a conflict that he could not resolve. “I would be in Africa or China, and I would miss one of my kid’s birthdays, and I began to think, what am I doing? Am I working to make a bunch of money or am I working to be with my family?” After many conversations with his wife, children and business partners, Roney did what many in the corporate world would consider odd. He quit. “I walked away from a big pay check, I walked away from millions of dollars to spend time with my family, and I haven’t regretted it for one day.”

Roney’s new love for riding soon infected dozens of his family, friends and neighbors who also bought Harley Davidson bikes with all the trimmings like leather jackets, boots and leather pants. Most days his gang met up at the lunch counter at the Harley dealership in Orem. “The bad‐boy image of the Harley rider just isn’t true,” Roney said. “Instead of tattoos most of the other riders I met wore Rolex and had photos of their kids on their IPhones.” One day the owner of the dealership asked Roney to invest in a new mega store up the road in Lindon. “I saw it as a good investment, a way to bring in a passive income to help replace what I lost when I left Nu Skin, but little did I know.” Roney watched with excitement as the new building went up, a super structure built with reclaimed metal and steel left over from the demolition of the Geneva Steel Plant. But the original budget estimate of 3‐million‐dollars soon skyrocketed to more than 15‐million, and the man who Roney gave his money to filed for bankruptcy. “I was in shock, my money was gone, and I couldn’t afford to lose it,” Roney said. “So I did the only thing I could think of, I bought the dealership out of bankruptcy with the hope that by investing more money I could get my original investment back.”

Now the owner of the Timpanogos Harley Davidson dealership, which included a 58,000 square foot building, a service and repair shop, Marley’s restaurant and 40 employees, Roney realized he did not know what he was doing. His background was in the corporate world, not fatboys, ape hangers and leather vests. But not knowing turned out to be a benefit. Instead of adopting the stereotypical “biker” image used by the other Harley dealerships in the state, Roney decided to cater to the crowd he met at the lunch counter, family friendly people like himself. “When we had the grand opening, I decided to have a kid area.

Everyone told me I was crazy and wasting my money. ‘You don’t have kid areas at a Harley  dealership,’ they said, but they were wrong.” To everyone’s surprise crowds of dads showed up with their kids to see the new building. While the kids played the dad’s looked at bikes and got a photo with the Jazz dancers. “I’m sure a lot of wives sat at home thinking what a great husband and father to give up his Saturday to be with the kids.”

It took a few years to turn things around, but Roney claims that converting Harley Davidson into a family friendly name helped him become the fastest growing Harley dealer in the state. “This building is the ultimate man cave with pinball and a pool table, a place where people can hang out and feel comfortable. It is the only place I know where the CEO and the janitor become friends because they have something in common that binds them together as brothers.” Timp Harley now hosts the largest Harley Ownership Group (HOG) chapter in the state with a growing number of female riders. “We still get the traditional biker gangs that pass through the state with tattoos on their arms and bugs in their teeth, but we also get the relief society president who just bought her first bike, the temple riders or groups of local police officers who ride together on their days off. They are just happy! It makes them happy to come here.”

When he walked away from millions to spend more time with his family Roney did not know that his family would include hundreds of Harley owners and more than 60 full‐time employees. “People love coming to shop here, and they love coming to work here. It is more than a job. It becomes their identity. They become part of a culture and part of a family that goes beyond a paycheck or a hobby.” But what about Roney’s 12 children, the ones he claimed he quit Nu Skin to spend more time with? “They come to work with me,” he proudly said. “My sons and daughters run the restaurant, order parts, sell bikes and clothing and go to Harley dealer shows with me.” Once he got the business turned around Roney planned to sell the dealership, but he said he is having too much fun. “I love my job, I love the people I work with, I love the people I sell bikes to, and I love riding my own bike,” he said. “This isn’t just a family business, this business is my family, and now I spend every day working with the people I love, and I never miss a birthday.” 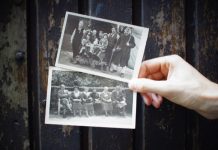 Why Your Name is Important 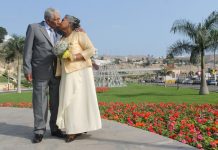 The Key to Longevity According to Harvard