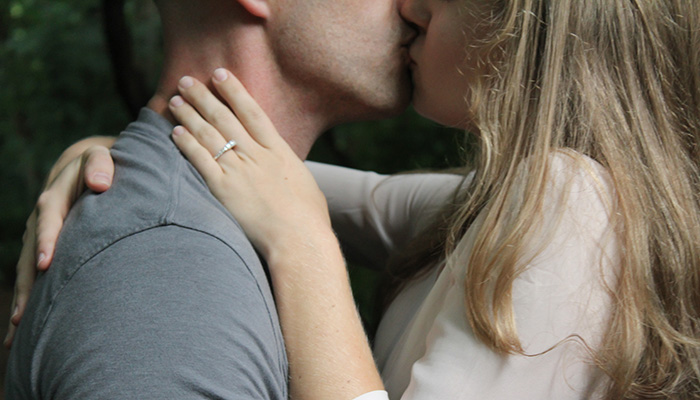 I grew up a member of The Church of Jesus Christ of Latter-day Saints. So my perception of sex was heavily influenced by what I was taught at church.

And while Latter-day Saints have room for improvement in how we discuss sex, and my experience is far from universal, I think the positive lessons I did learn are worth looking at. 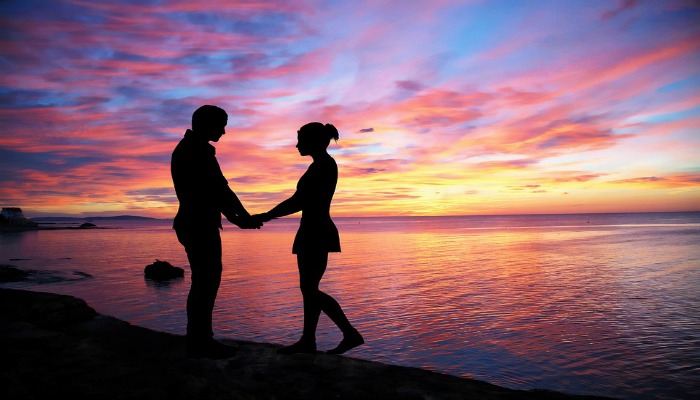 One of the first stories I remember hearing about sex at church was someone quoting an old Ensign article in a sacrament meeting talk.

Several years ago when I was a young missionary . . . [an investigator] asked us, “And what is the Mormon attitude towards sexuality?”

I choked on my cup of hot chocolate, but my new companion seemed unmoved. . . . I was tongue-tied and believed my new companion knew next to nothing on the matter. However, when my companion realized that I didn’t have an answer, he finally said, “Sir, we believe in it.”

I knew instinctively even in my pre-adolescence, that he didn’t “believe in it” in the sense that he believed it existed, but in a thirteenth-article-of-faith, “we-believe-in-it-because-it-is-good” sense.

In fact, the most emphatic prophetic declaration of my life had recently said the same thing.

“We declare the means by which mortal life is created to be divinely appointed.”

It took a while for me to unwind that “the means by which mortal life is created” uses thirty-one more letters than necessary to say “sex,” but once I deciphered it, I realized that of all the ways God could have figured out to have babies, he chose sex. There was probably a reason.

It didn’t hurt that before every lesson about chastity ever, a young men’s leader would breathlessly tell us that sex was good and that we should look forward to it, before turning towards the big “but” of the lesson. 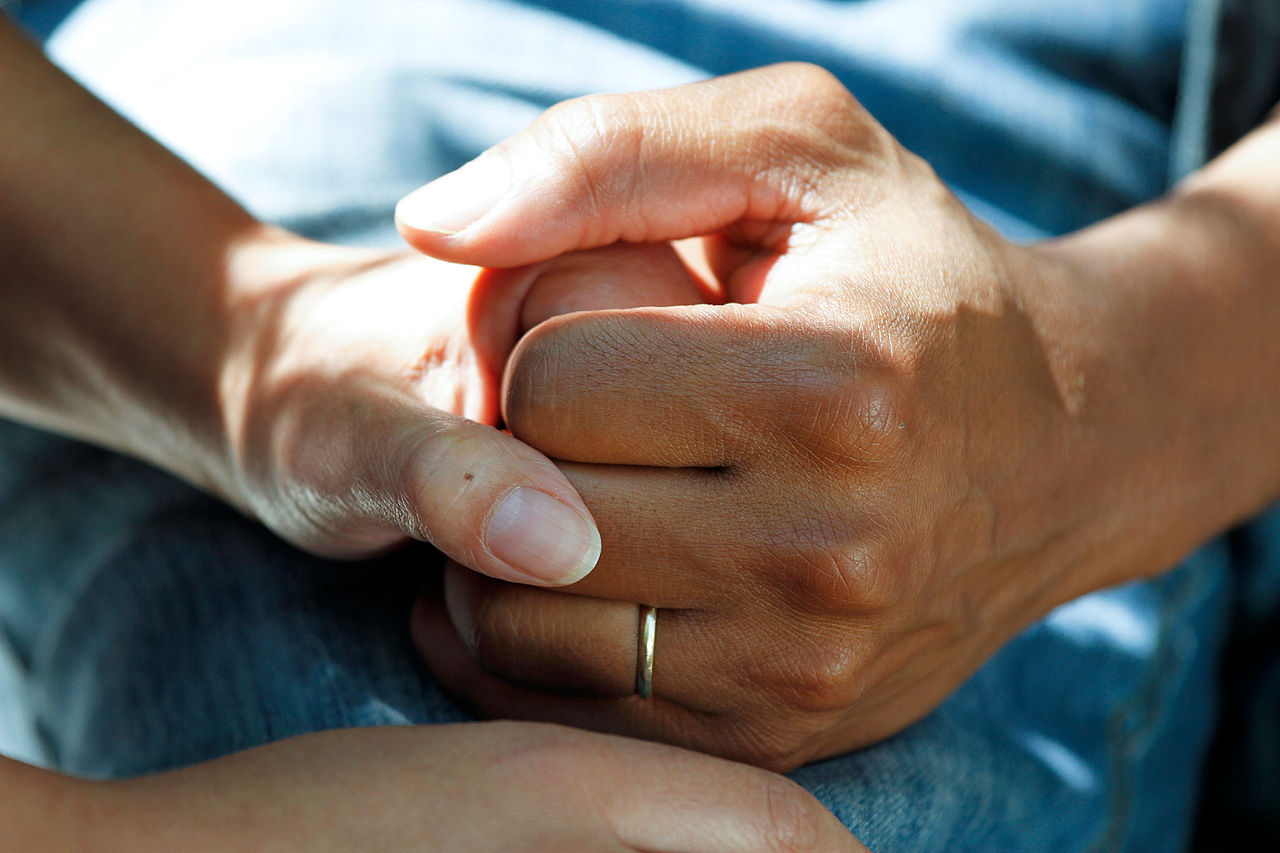 The first time I heard someone rattle off “become one flesh” was in an ill-conceived Primary talk almost certainly written by someone’s mother. And while even then I knew it was a metaphor (for what I didn’t know), I instinctively imagined a two-headed mashup.

This was a regular theme in young men’s lessons. And I’m old enough that I’m sure this Spencer W. Kimball quote was bandied about in lessons:

The sexual drives which bind men and women together as one are good and necessary. They make it possible to leave one’s parents and cleave unto one another.

But it wasn’t until the True to the Faith pamphlet came out and I stumbled onto an obscure passage under “Birth Control” (or perhaps I was scanning it for the most illicit sections) that the principle really sank home.

While one purpose of [sexual] relations is to provide physical bodies for God’s children, another purpose is to express love for one another—to bind husband and wife together in loyalty, fidelity, consideration, and common purpose.

Sex didn’t just bond spouses; it bonded them in specific articulable ways. And by quickly applying the D&C 130:21 lesson I had pounded into my head in seminary—that blessings come from obedience—I realized that if I wanted a marriage with loyalty, fidelity, consideration, and common purpose, I had to figure out how to have a good sex life. 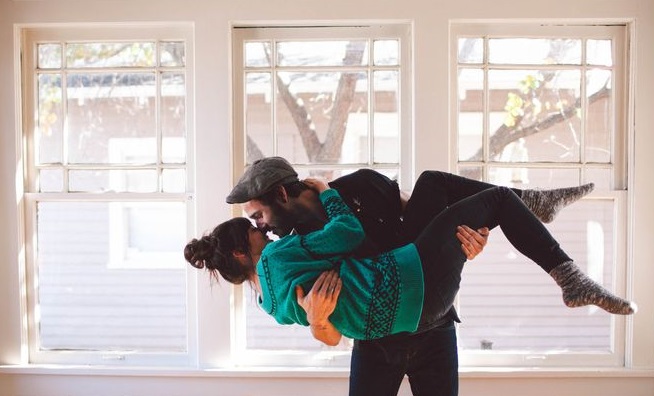 In the pseudo-philosophical haze that comprised most of my teen years, I fashioned for myself the pretentious goal of becoming good at being a person.

So I was often on the lookout for the examples and principles that could help me toward that goal. Once while skimming the “Procreation” passage of the Encyclopedia of Mormonism as pretentious teenagers are wont to do, I found the following:

President Joseph F. Smith noted, “The lawful association of the sexes is ordained of God . . . for the development of the higher faculties and nobler traits of human nature, which the love-inspired companionship of man and woman alone can ensure.”

Joseph F. Smith, of “remember the F” fame, had explained that God gave us sex to make us into amazing people. There seemed to be something nearly mystical about the action of sex that helped us become better much like the sacrament or temple ceremonies.

No wonder I couldn’t go a single year in Sunday School without someone reminding me that for two married people, sex is a commandment.

Get in Touch with Your Body 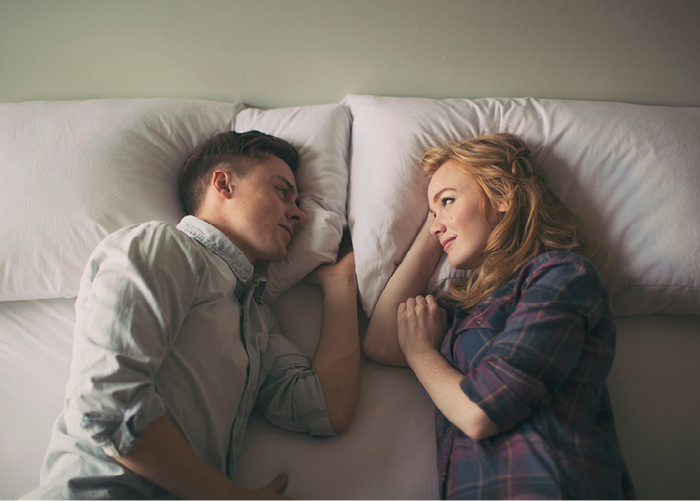 Growing up a Latter-day Saint, God always had a body and I always would (minus an awkward waiting time).

In fact, it was from one of the Evangelical friends I often gravitated towards that I first heard the phrase “temptations of the flesh.”

Flesh just never seemed that evil to me. And the more I learned about what my Christian friends from other denominations believed about the body, the more I realized that as Latter-day Saints, we are very pro-body.

Apparently, when other Christians read 1 Corinthians 3:16, they don’t read it as “[your bodies] are the temple of God,” the way it had been interpreted by every Word of Wisdom teaching Primary president I ever listened to.

In fact, during one artist-deficient lesson on “God’s plan of happiness,” an entire scribble was devoted to “Get a Body.” It was probably during that same lesson that I first heard this quote from Joseph Smith:

The great principle of happiness consists in having a body.

And it wasn’t lost on me that Adam had a body with all the same parts as mine before the Fall.

As a teenager, trying to listen to that body wasn’t always easy, but there was one unambiguous message that my sixteen-year-old body was wildly consistent about: Have Sex.

There were enough lessons about controlling my thoughts that I never thought I needed to give into every impulse immediately, but I never doubted that there was something fundamentally sound about what my divine, God-given body was telling me.

That ability to work with and listen to my body rather than setting it up as an enemy has served my sex life very well. 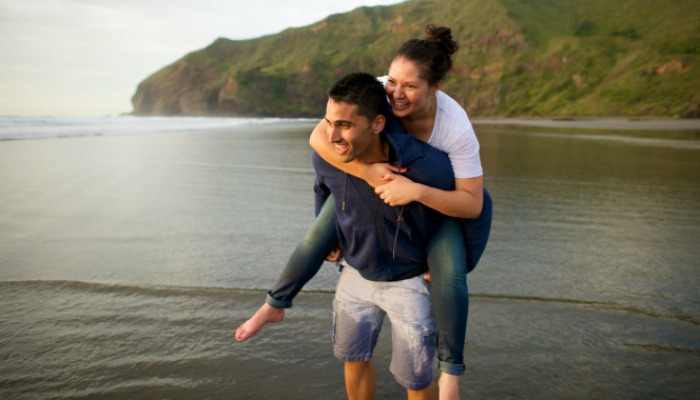 I’ve heard many of my friends of similar ages lament that they went into marriage thinking that sex would just click. That it was easy to get right. So I fully admit that something went on in LDS culture that gave many people a very different impression than I got.

But when I did a simple search through the ChurchofJesusChrist.org archives for talks, devotionals, Ensign articles, or lessons that included the words “marriage” and “work,” I got nearly one thousand results from the last forty years.

And then those two parties must come to the altar in the temple realizing that they must work hard toward this successful joint living. –Spencer W. Kimball

That’s nearly 25 times a year some official Church source mentions that marriage will be work. Enough saturation that one could reasonably expect the message to get through.

There were a few other things that made me always believe that sex would take conscious effort.

I could not think of then and I cannot think of now anything that is either a commandment, brings blessings, or is existent in the celestial kingdom that does not require effort—let alone all three.

Latter-day Saints know that anything with the potential to be great will be hard. I went into my sex life expecting that.

You Control Your Sex Life 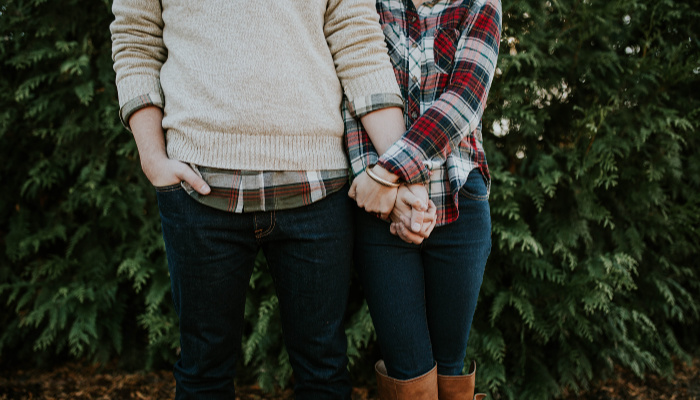 I remember listening to a stand-up comedy special. The comedian, whose name escapes me so many years later, was making fun of the George W. Bush administration’s push for abstinence-only education in schools.

Asking people to refrain from having sex, he suggested, was like putting on duct tape so you couldn’t use the bathroom.

I remember this routine because as a member of the Church, the idea felt so bizarre. Not only was I taught that I control my sex-life, I had (and would continue to) control when, with whom, and under what circumstances to both have and not have sex.

President Hinckley’s “Six B’s” talk was one of the highlights of my youth. He taught:

The Lord has made us attractive one to another for a great purpose. But this very attraction becomes as a powder keg unless it is kept under control.

Not only was I taught to control having sex, but to control the impulse to have sex. To treat it as something powerful that needs to be trained.

Even before President Hinckley’s talk, during a yearly interview, a bishop shared with me a quote from Harold B. Lee:

The divine impulse within every true man and woman that impels companionship with the opposite sex is intended by our Maker as a holy impulse for a holy purpose.

The knowledge that I controlled my sex life put the responsibility to treat women respectfully on me. I decided what role sex would play in my life. Sex didn’t control me.

This was certainly a blessing in my adolescence but has continued to be so. 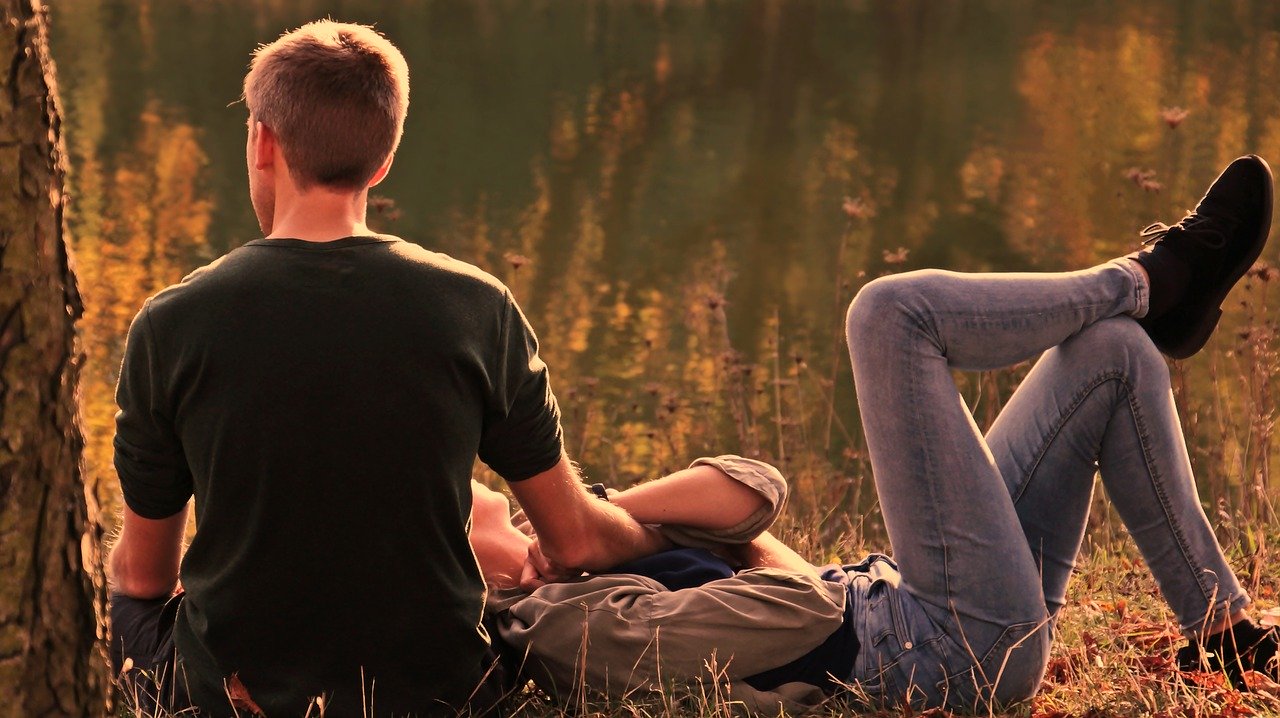 My freshman year of seminary, we covered the Doctrine and Covenants. One morning in late fall we started by singing the primary song “My Heavenly Father Loves Me.”

He gave me my eyes that I might see

The color of butterfly wings.

He gave me my ears that I might hear

The magical sound of things.

He gave me my life, my mind, my heart:

For all his creations, of which I’m a part.

The topic was section 38, which covered the Creation. That afternoon I went to my state-mandated health class, which was simply sex-ed by another name.

Perhaps by coincidence, that day in class the teacher mentioned that the only biological purpose of the clitoris was to produce pleasure.

Math was never my strong point, but I could add one and one. God intended for us to feel pleasure in sex.

If I turned to the words of apostles, there was no shortage of them telling us that sex should make us happy:

Parley Pratt: “Our natural affections . . . are the very main-springs of life and happiness.”

Boyd K. Packer: “[The power of creation] is the very key to happiness.”

But to find that sex should feel pleasurable I had to go to the scriptures themselves (and not just Songs of Solomon).

Let thy fountain be blessed: and rejoice with the wife of thy youth. Let her be as the loving hind and pleasant roe; let her breasts satisfy thee at all times; and be thou ravished always with her love. 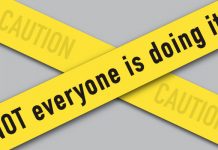 The Reality of Teen Sexuality: No, Not Everyone’s Doing It