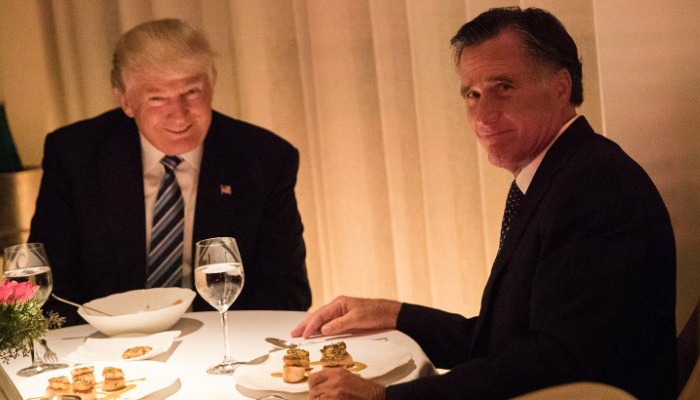 As former outspoken Never-Trumper and current Latter-day Saint, Mitt Romney, continues to vie for the position of Secretary of State in the Trump cabinet, social media is having a field-day. A recent photo snapped at a Tuesday night dinner meeting with president elect Donald Trump shows Mitt about to dig into his diver scallops. But with his face in the photo reading S.O.S more than future S.o.S — the public has taken to twitter to empathize.

Mitt Romney is me every time I go on a first date pic.twitter.com/659nSst6rg

When your friend sets you up and asks how it’s going pic.twitter.com/PPRC8oUuMF

For the first time in his life, Mitt Romney is All Of Us. pic.twitter.com/e8TyFgmtDl

I found the uncropped version of that Trump and Romney photo. pic.twitter.com/VdeLh3QnB1 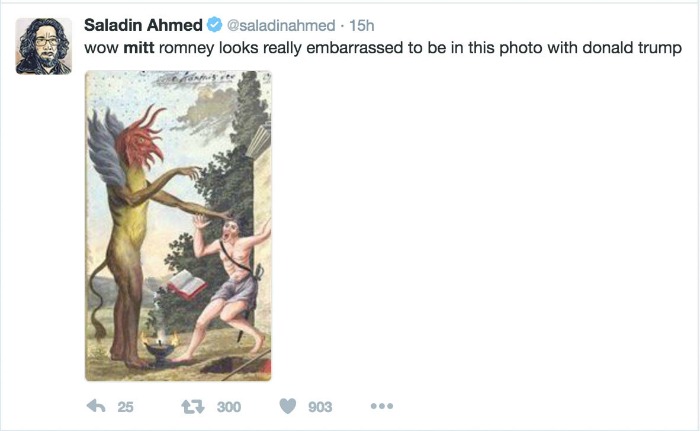 Though some are chastising Romney for his camaraderie with a man for whom he expressed such public disdain, he has accomplished the seemingly impossible: uniting the internet with a single glance (even if it is at his own expense).