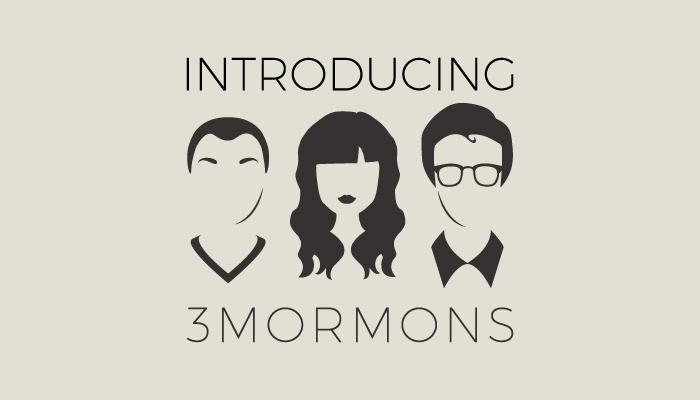 3 Mormons is a crackling fun talk show that will debut on YouTube on September 16, 2016, and weekly on Fridays thereafter. Decidedly Millennial in style and content, 3 Mormons’ hosts will be Ian James Forsyth, 22, Shelley Elizabeth Williams, 21,  and Kwaku El, 20.

The goal of the show is to start good Mormon conversations, to share good quality Mormon content on YouTube. The goal isn’t to declare doctrine, or establish an official rule of law (e.g., stating that it is or is not okay drink caffeine). Rather, the 3 Mormons want people to see that we can discuss differences of opinions for small doctrinal points that won’t affect our eternal salvation, and we can even enjoy it.

The first episode of 3 Mormons will be about modesty (hmm, could be revealing). The second is about missions — when to serve, sister missionaries, and other mildly controversial aspects of the missionary experience. In the future, look forward to conversations on dating, the WoW, and Sabbath-keeping.
Check out the chart below for a quick and easy introduction to the stars of the show, and then check out their presence on social media:
Facebook = 3 Mormons
Instagram = @3mormons
Twitter = @3mormons
Snapchat = @threemormons 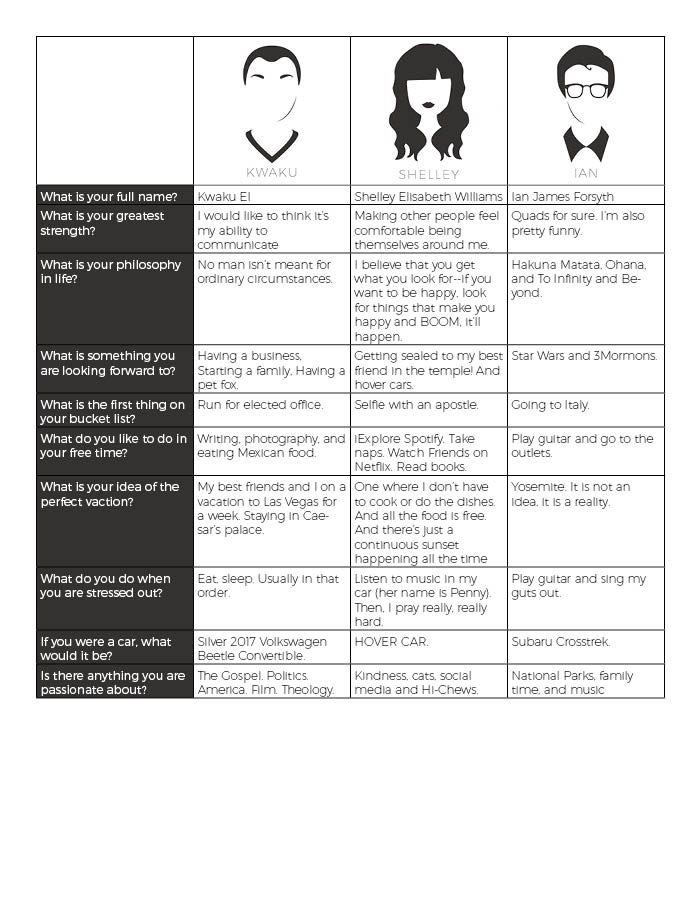