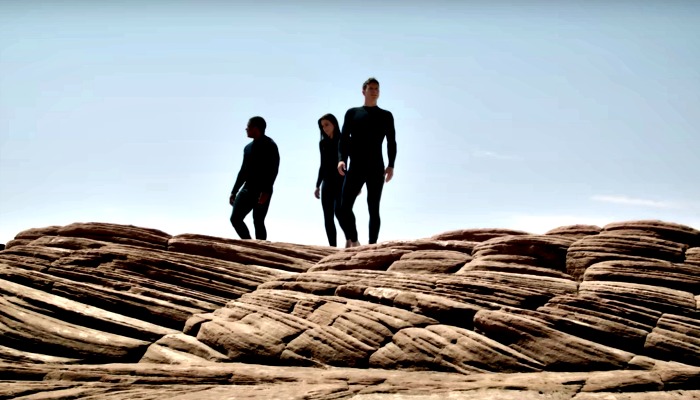 Four-hundred years after the extinction of humanity, an alien race revives a small population of humans. Though the aliens claim their goal is to restore the human species, the new humans uncover evidence to the contrary.

Extinct carries the colony of revived humans through struggles with the aliens who extinguished humankind centuries before — while trying to understand and get along with the mysterious aliens who revived them. Nothing is as it seems to be, and if they aren’t careful, courageous, and unified, they’ll find themselves under the control of one group or the other.

If you’re looking to fill your sci-fi fix before October, Syfy channel’s “The Expanse” may be just what you’re looking for. Syfy president, David Howe, says the series may be the channel’s most ambitious project since “Battlestar Galactica.”

Set 200 years in the future, “The Expanse” follows humanity as they overcome newfound issues that come with colonizing the solar system. The series has war, intergalactic travel, and plenty of tension — as well as a minor Mormon subplot.

In the third episode of the series, a missionary appears, clad in his white shirt, tie, and name badge. The elder approaches two of the main characters and tries an interesting tactic:

“Excuse me, sir. Do you like to laugh?” he says. “I know what you’re thinking — Mormons aren’t funny. But we have a comedy night at the Laugh Shop once a week, and I’d love to prove you wrong. Can I put your name on the list tonight?”

In the fourth episode, the main characters meet an unnamed LDS official and learn the Church is in the process of constructing a large ship, The Nauvoo. The vessel will take members to planets orbiting a distant star in order to escape persecution…