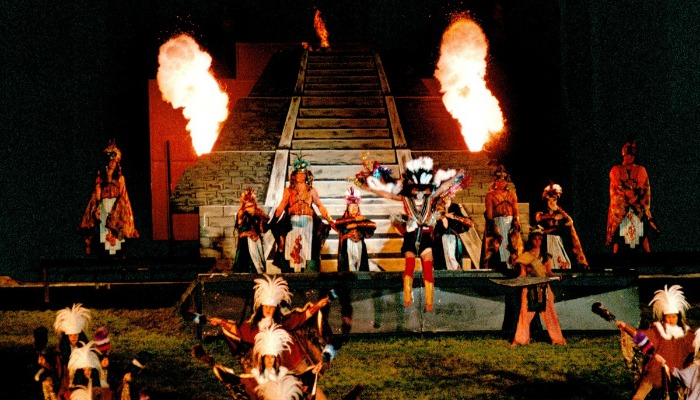 The Church of Jesus Christ of Latter-day Saints recently issued a statement inviting Church leaders and members to focus on strengthening the home and family. As a part of this statement, the Church mentioned that while “local celebrations of culture and history may be appropriate,” pageants and larger productions are “discouraged.”

“We had a wonderful run,” Pitts said in a statement. “Our church has asked us to focus more on the family, and this is certainly in line with that desire. We have had a wonderful 81 years and will focus on making the next two years an amazing experience for our cast, crew and audience…We have been blessed by exceptional relationships with our friends in Manchester and Palmyra. We thank those communities for their years of generous support, and we will continue to work with them on future endeavors.”

Suzanne Hollist has been a participant in the Hill Cumorah Pageant for years, along with her husband and seven children. She mentioned her disappointment in the decision to discontinue to pageant.

“I think it’s very sad,” Hollist said. “It’s been a part of our family for such a long time and a way that we could say to our friends, ‘Come and go with us to this production.’ It was a nice way to expose people to the teachings.”

However, not all pageants will make the same decision to stop production. John Ricks, the Nauvoo Illinois Stake President, released a statement regarding the continuation of the Nauvoo Pageant.

“The Nauvoo-British Pageant will continue in the future the same as it has in the past, being fully supported and funded by The Church of Jesus Christ of Latter-day Saints,” he said.

And although the Church will no longer be supporting the annual Mormon Miracle Pageant in Manti, Manti Utah Stake President Mark Olson stated that there will be an effort to continue the pageant in Manti.

“There will be some modifications. We are currently planning further discussions with various local leaders, the pageant presidency and others,” he said. “Those discussions will determine whether or not we will continue with the pageant after 2019.”

The Church lists seven pageants on their official website. Whether each pageant will make the decision to continue or not, the Church has emphasized the need for members to “focus on gospel learning in their homes and to participate in Sabbath worship and the Church’s supporting programs for children, youth, individuals and families.”

Go to Deseret News to read the full article.

Here’s a summary of Church pageants and the changes announced as of November 1, 2018: