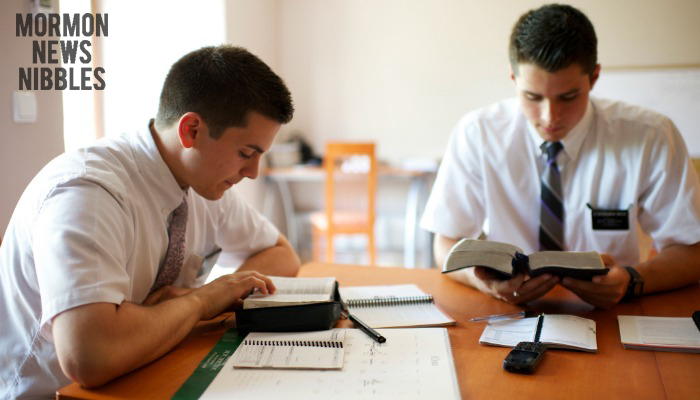 Harry Reid announced his retirement this month after 34 years in Congress. Reid served for eight years as majority leader and four as minority leader, coming to a total of five terms in the Senate and making him the highest ranked Mormon in politics. Despite his success, many Latter-day Saints don’t count themselves among fans of Brother Reid due to his liberal politics. But, according to a recent Deseret News Article,  he frequently worked behind the scenes on behalf of the Church.

“As one of the most visible public officials in the nation, he also has been one of the most influential. In every way he has been a force to be reckoned with,” Elder Lance B. Wickman, general counsel for the church and an emeritus General Authority Seventy, said in honoring the senator.

Reid spoke to Deseret News before the event on a variety of subjects, including the newest President, his recent retirement, and how he served the LDS Church while in office.

On the topic of President Trump, Reid was optimistic. But warned that, although Trump wasn’t as bad as Reid previously thought, Trump could still be bad in the future. Reid also mentioned he knew a fair number of people who could challenge Trump in 2020, but didn’t drop any names.

Following Trump’s criticisms on the campaign trail, Reid responded with a note from Trump after Reid’s 2010 election which read, “Harry, congratulations. You’re awesome. Donald.” Trump held fundraisers for Reid’s last reelection, but has not talked to Reid since winning the presidency.

“He must have forgotten my phone number,” Reid told Deseret News.

Oh his efforts to help the Church while in office, Elder Wickman said of Reid, “Whatever was needed, Sen. Reid was there to help in a significant way.”

Among Reid’s victories for the Church is the ascertainment of the lease for Martin’s Cove. Obtaining congressional approval for the controversial lease with the Bureau of Land Management required skill and perseverance on his part. He was also key in the diplomatic meetings with the Israeli government that allowed for the construction of BYU’s Jerusalem Center.

Reid does not plan to jump back into politics now that he’s retired, and is happy to watch democracy unfold from the sidelines.

When Stirling first found out about her father’s diagnosis, she was still reeling from the death of her close friend and keyboardist, Jason “Gavi” Gaviati. Gaviati suffered from Burkitt lymphoma and passed away in November of 2015.

This marked the beginning of a dark period for Stirling. She told the Associate Press during an interview about the release of her latest album, Brave Enough, “At first I was writing the most depressing stuff. … It just wasn’t very great music … and it didn’t have a lot of depth to it. I kind of realized I have to process these emotions myself before I can write about them.”

Stirling allowed herself time to grieve, attended therapy, and was once again able to write music. In her book, The Only Pirate at The Party, Stirling explains that it was her faith which helped her through this time in her life.

“I did rely on that, reading scripture passages about the afterlife and that the gospel will be taught to those who pass on and we will see them again and there is a wonderful place for them,” Stirling says, according to the Deseret News. “But also to be able to know that there is modern-day revelation about that today and in more detail — it’s been everything to me in those moments, to realize that I would see Gavi again and that he is happy. Sometimes when you least expect it, life changes and life hits you. This fall, I just had some things that I went through that really reminded me that none of this matters — no money, no amount of fame. What’s important is the people around me.”

In honor of her deceased friend, Stirling wrote “Gavi’s Song” which appeared as the final track on her album Brave Enough. 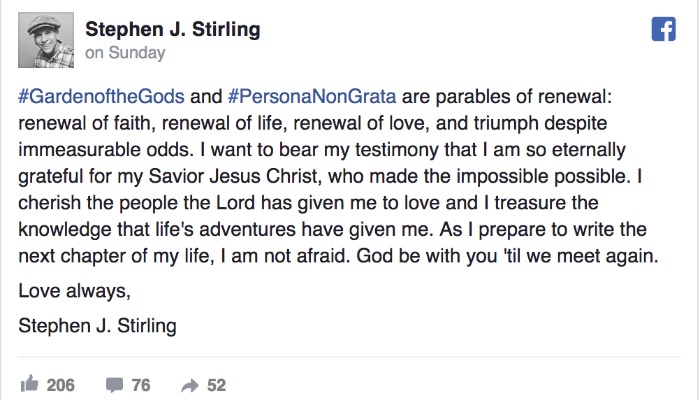 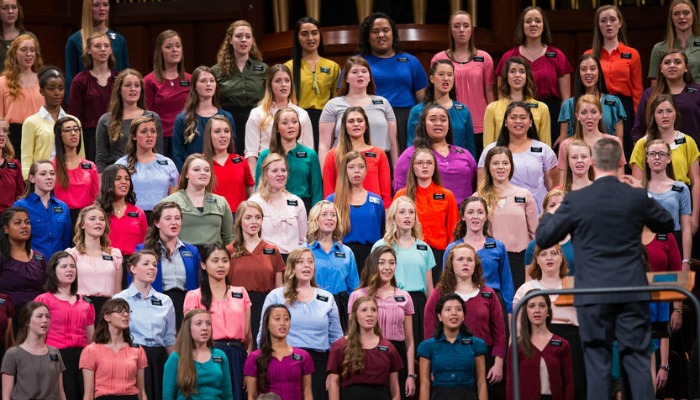 The days of waking up at 6:30 a.m. and retiring to bed by 10:30 p.m. are coming to an end for some missionaries. The Missionary Executive Council announced more flexibility for determining missionary schedules.

“The most significant change in the schedule is to give the missionaries and also mission presidents the latitude to make the necessary decisions and adjustments in the daily work of the missionary,” said Elder Dallin H. Oaks of the Quorum of the Twelve Apostles and member of the Missionary Executive Council.

The Council moved daily planning to the missionaries’ morning schedules, allowing more flexibility for the time and place of companionship study, language study and new missionary training. In addition, the Council increased the amount of time set-aside on P-day for shopping, laundry, writing emails, exercising and participating in recreational activities.

“The thing I love about this new schedule is that it allows the missionaries to exercise their agency to determine how to best use their time,” said Sister Bonnie L. Oscarson, Young Women General President and a member of the Missionary Executive Council. “It shows that the Lord trusts them to use their time wisely.”

Leaders feel these policy changes will result in happier, healthier missionaries and perhaps even ease the post-mission transition phase.

“It will allow missionaries after the mission to make that smooth transition into their life and have that same flexibility as they have those same goals to continue to pray and to read their scriptures and to remain close to the Lord in their life,” said Elder Brent H. Nielson, a member of the Quorums of the Seventy and executive director of the LDS Church’s Missionary Department.