Buzz LDS News Mormon culture may be changing, due to Mormon millennials 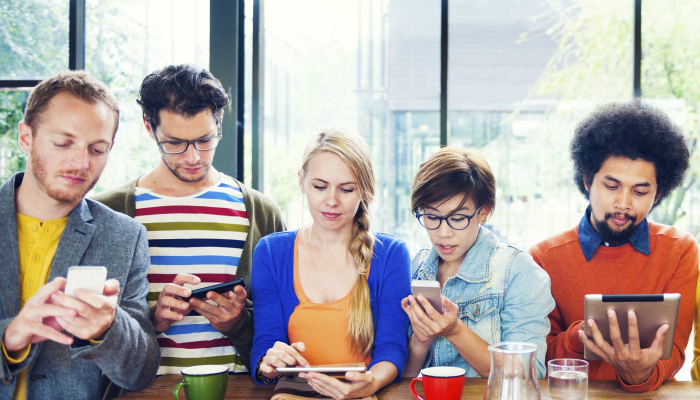 Millenials have been characterized by some as the lazy, entitled, narcissistic, “sensitive” generation who need security blankets and puppy cuddles to get through the day. While we probably all know some millennials who fit that description, they are also characterized as confident, open-minded, positive, and adaptive to change.

How do Mormon millennials fit into society’s concept of the millennial generation? That is a question that HuffPost set out to answer with their “Listen to America” tour of the US, which will stop at 25 cities across the nation. On October 18, the HuffPost bus made a stop in Provo, Utah, to interview residents and get young Mormons’ take on what it is to be a millennial.

This included a Facebook live-streamed question-and-answer session with BYU journalism students Carley Porter, Eric Baker, and Ashley Lee. Some questions presented to the panel revolved around how Mormon millennials differ from the wider population, while others addressed how young Mormons contrast with older generations within their religion.

The panelists agreed that, in many ways, Mormon millennials are just as diverse as their non-Mormon counterparts. However, according to Baker, their religious upbringing does influence them to pursue studies and careers that allow them to “do good, to enact change” in the world.

All three students also agreed that, while Mormon millennials are probably still more conservative than their peers, their political opinions are shifting away from their parents’ more conservative leanings. If nothing else, young Mormons are focusing on supporting causes that are important to them, rather than supporting particular political parties.

Other changes within the Church that the panelists emphasized include a less rigid stance on gender roles, the increasing authority and visibility of women in the Church, and more empathetic attitudes toward divorce, mental illness, sexual assault, and members of the LGBTQ community.

When asked what sorts of religious change they would like to see or think will occur in the future, the panelists were more divided. Baker seemed to think that millennials will be instrumental in creating policy changes in order to bring some of the Church’s teachings into closer alignment with its claim to love everyone—which, he says, are currently at odds.

On the other hand, Porter pointed out that the Church may set a “hard line” when it comes to some issues since Mormons believe that they are led by the will of God and that He does not change.

Some of the panelists’ views were reflected in a collaborative article written by HuffPost reporter Melissa Jeltsen, with contributions from students working at The Daily Universe. Reporters interviewed sixty students from three Utah colleges, with questions focused on millennial Mormons’ political views, including “how their religious beliefs influenced their political views, how they use social media for news, and their thoughts on the two-party system.”

While HuffPost is quick to point out that their results are far from scientific, there do appear to be a few trends. Mormon millennials say that they “consider religion in a lot of their voting and especially in voting on social issues.” They are also reluctant to side with either of the two dominant political parties, though most describe themselves as more liberal than their parents. Finally, most respondents distrusted both social and traditional media outlets.

I think it’s safe to say that HuffPost might have discovered a more mixed set of views if they had conducted more interviews, or consulted Mormon students from departments outside of journalism or communications. But I also think it’s clear that the rising generation of Church members are opening themselves up to ideas that previous generations may not have considered.

As they say, these times are a-changing, and—for better or for worse—Mormon millennials are changing with them.