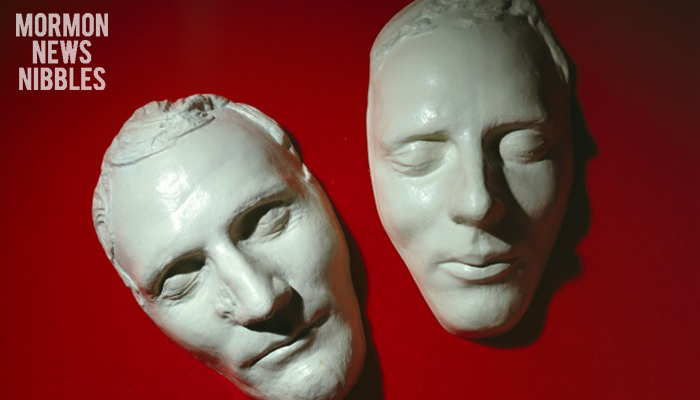 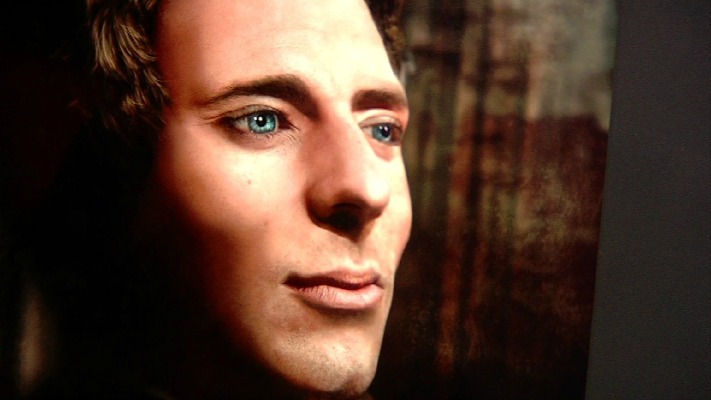 Cast in 1844 by George Cannon following the violent martyrdom of the Prophet Joseph Smith, Joseph’s death mask has served as a reference for many a Latter-day Saint artist. However, digital artist Chad Winks thinks he’s used the mask to create the most accurate depiction of the prophet yet.

After uploading a 3D model of the mask as a foundation for his piece, Winks then stripped away the molding and replaced it with skin.

“It’s amazing how much your bone structure actually dictates the way you look,” he said.

Winks then filled in the details: Joseph’s lips, blonder hair, and striking blue eyes. He added scars that Joseph might have received from being tarred and feathered. Winks also added a bit of stubble to his chin.

After months of trying to obtain highest degree of accuracy, Winks finished.

The finished piece, titled “The Prophet Revealed,” is one of eight digital paintings from Winks’ collection of LDS and Christian themed digital art, available at Deseret Book.

While no one knows exactly what Joseph Smith looked like, Winks feels strongly that his art has captured his essence.

“I hope that I see him someday and do a little comparison and I get the thumbs up.”

Mitt Romney: To Mock or To Praise

The media’s been having a field day since Romney announced that he wasn’t chosen for the position of Secretary of State in Trump’s cabinet. And while it’s easy to call this the definitive moment where Romney effectively lost any shard of dignity he managed to hold onto through the whole debacle, some argue we should be praising the man, rather than scorning him.

Washington Post writer, Chris Cillizza, sees Romney’s actions not as indications of a wishy-washy politician, but as the noble deeds of someone who truly cares about his country.

Cillizza argues that Romney knew all along that Trump would use their dinners as a photo-op, and that he probably suspected he wouldn’t be given the position of Secretary of State. But the opportunity, no matter how slim, represented a chance for him to do some good in a cabinet that he believed could be poison for the nation.

He based his argument off three compelling truths:

Because of this there are only two possible explanations: Romney is driven by ambition or he actually cares about the country.

Just last week, Congress sent bill H.R.1150 to the President’s desk for the final sign off. The bill acts as an amendment to the International Religious Freedom Act of 1998, finding that the freedom of thought and religion protect non-theistic, as well as theistic, beliefs.

This is the first time that Congress has passed a law that recognizes the growing non-religious landscape in America.

A recent study by Pew Research indicated that 22.8% of Americans do not consider themselves members of a religion. Compared to the 21% Catholic and 25.4% Evangelical Americans — this seems like a shockingly large amount.

And while a good 71% of the American population still identify as Christian, this is still a decrease since the 1990s. While non-theists have been gaining momentum in America, the religious majority seem to be losing it. Some predictions suggest that religion will continue to shrink as the older American population are replaced by a generation of non-theists.

Of course, this is just America. Christianity has a new foothold abroad. The Christian populations of Latin America and Africa account for 1 billion people on their own. One out of four Christians in the world currently lives in Africa, and Pew suggests this number could increase by 40% over the coming years.

So yes, it seems the United States continues to follow the Western trend of a shrinking religious majority. But globally, we are becoming more religious, not less.