Buzz #MormonHarryPotter: What Hogwarts Looks Like Under a Mormon Spell 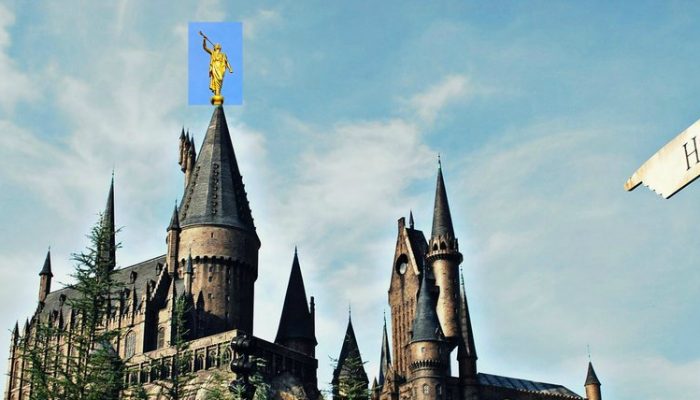 Recently, Mormons on Twitter have been using the hashtag #MormonHarryPotter and by so doing giving a good glimpse into a world of Hogwarts under the influence of Mormonism. It’s #mormonprobs meets the wizarding world. Read some of our favorite tweets below:

#mormonharrypotter Harry couldn’t get his broomstick flying license until he finished his Eagle Scout project.

Prof. Snape begins Potions class with “You learn more preparing the lesson than teaching it, I felt like this was for me” #mormonharrypotter

#mormonharrypotter Ginny had to turn Harry down the first time he asked her out because she wasn’t 16 yet.

when you have to take your crying baby into the hall during sacrament. #mormonharrypotter pic.twitter.com/NMtqX369Zv

Everyone be sure to get your Yule Ball dance cards signed by your Stake President! It’s gonna be super fun! #mormonharrypotter

Provo: snitches everywhere but you can never seem to catch one. #mormonharrypotter http://t.co/DAM9HVNH7m

When you attend too many dessert parties. #mormonharrypotterpic.twitter.com/5ZncIhEd8N

Pres. Dumbledore lowers the age for those who have the desire to enter their name in the Goblet of Fire. #mormonharrypotter

After the Great Hall was burned down Pres. Snape announced it would be rebuilt as a temple #mormonharrypotterpic.twitter.com/2glEtJFspP

That awkward moment when the Sunday School lesson is on family history work and you’re sitting next to the boy who lived. #MormonHarryPotter