Buzz Will Russia Close Her Doors to Missionaries? 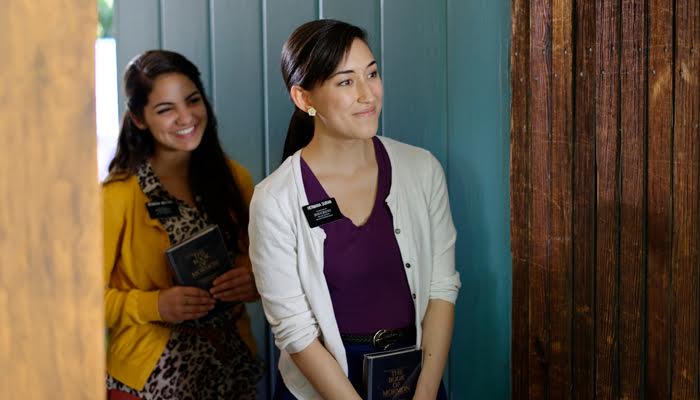 The proposed laws are perhaps the most restrictive since the Soviet Union dissolved. They place “broad limitations on missionary work, including preaching, teaching, and engaging in any activity designed to recruit people into a religious group.”

In order to share the message of their faith in any way, Russians will have to obtain a permit from the government through a registered religious organization (The Church of Jesus Christ of Latter-day Saints is a registered organization). Even then, members of a recognized church with a permit, will not be able to preach anywhere except inside churches or other religious sites. The restrictions will include private residences and online, so missionaries will not be able to contact or teach people in their homes or contact them through email or LDS websites.

Only 1 percent of Russia’s population is Protestant, mostly Evangelical. Most of the population is Russian Orthodox, and this seems to be part of Vladimir Putin’s strong ties and cooperation with the state church.

Sergei Ryakhovsky, head of the Protestant Churches of Russia, and other Protestant leaders submitted a letter to Putin, part of which stated:

The obligation on every believer to have a special permit to spread his or her beliefs, as well as hand out religious literature and material outside of places of worship and used structures is not only absurd and offensive, but also creates the basis for mass persecution of believers for violating these provisions.

Soviet history shows us how many people of different faiths have been persecuted for spreading the Word of God. This law brings us back to a shameful past.

The laws passed almost unanimously in the Duma, the upper house, and in the Federation Council, the lower house, at the end of June.

If passed, the anti-evangelism law carries fines up to US $780 for an individual and $15,500 for an organization. Foreign visitors who violate the law face deportation.

Russia has already moved to contain foreign missionaries. The “foreign agent” law, adopted in 2012, requires groups from abroad to file detailed paperwork and be subject to government audits and raids. Since then, the NGO sector has shrunk by a third, according to government statistics.

LDS Church membership in Russia at the end of 2015 stood at 22,720 members in 100 congregations, with 63 family history centers and 7 missions. While the Church has not released an official statement about missionary work in Russia, this legislature would affect LDS proselyting activities, including sharing beliefs online.

On July 3, 2016, members all over Russia joined in a fast for religious freedom. You are invited to add the Church in Russia to your prayers, that missionary work can proceed and members continue in their faith unmolested.

“Despite prayers and protests from religious leaders and human rights advocates, the Kremlin announced Putin’s approval…. The amendments, including laws against sharing faith in homes, online, or anywhere but recognized church buildings, go into effect July 20, 2016.

“Though opponents to the new measures hope to eventually appeal in court or elect legislators to amend them, they have begun to prepare their communities for life under the new rules” (Christianity Today).

LDS missionaries currently serving in Russia will stay. The Church has issued a statement:

The church recognizes a new law will take effect in Russia on July 20, 2016, that will have an impact on missionary work,” said the statement released by The Church of Jesus Christ of Latter-day Saints on mormonnewsroom.org. “The church will honor, sustain and obey the law. Missionaries will remain in Russia and will work within the requirements of these changes. The church will further study and analyze the law and its impact as it goes into effect.