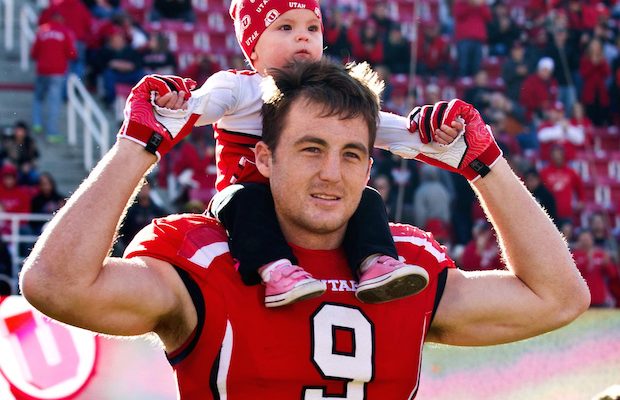 Trevor Reilly has not missed out on many trials in his life. Those include him losing his 6 year-old brother to a motorcycle accident when he was 13, all the ups and downs of serving a 2 year mission to Sweden and then dealing with his daughter Shayn’s very surprising cancer diagnosis. As reported by NJ.com, his wife, Jessica, found a lump under her rib cage while Reilly was in school at University of Utah. They immediately rushed her to the hospital where the one pound tumor on Shayn’s kidney was removed and chemotherapy commenced. The Riley’s walked a difficult path to the third day of the NFL draft this year when Reilly was drafted to the New York Jets.

Being quite a bit older than most draft picks (he is 26 while most others range from 21-23), Reilly was worried that he wouldn’t be chosen. His age, past injuries and surgeries to his knee and elbow were all strikes against him in the enormously competitive NFL draft. However, the versatility he has gained through his powerful life-changing experiences echo the versatility and power Reilly has on the football field that attracted the Jets to him in the first place. The Jets coach, Rex Ryan, had this to say about Reilly,

“He’s a smart guy. We knew he plays hard . . . just a tough guy and loves to play. Physical, and really fit that profile that we’re looking for. And he plays multiple positions. They played him out in space, they can use him as a rusher, so that’s why we were excited to get him.” 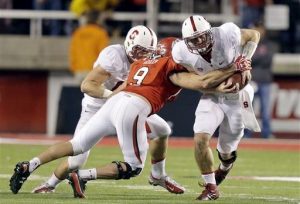 But despite all the craziness a professional football career will bring, Reilly still maintains a humble attitude as a reflection of his past experience.

“I used to think football is so important, school is so important. But when your kids get sick and it’s something serious, it’s like let’s take a step back and see what’s important in my life. And I found out quickly it’s God first and then my family and then everything else after that . . . That kind of puts it in perspective,” Reilly said. “I’m here doing what I love, but I’m working for my family.”

Reilly’s daughter Shayn has battled her cancer into remission and Reilly is eagerly jumping into practices with the Jets. Family and friends are excited for Reilly’s new opportunities and applaud his experience as being the backbone of his maturity. His brother says,

“I think you compare (Reilly) to someone else in this same position (as an NFL rookie), and I think he’s better for some of the experience that he’s had.”

This is just the beginning for Reilly and we send all our good wishes to him and his family as Reilly tackles this new stage of life. 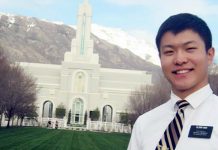 Returned Missionary Tragically Killed At The University of Utah 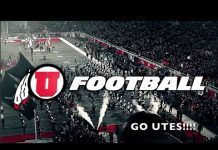 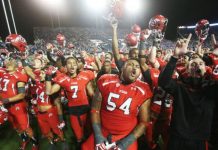