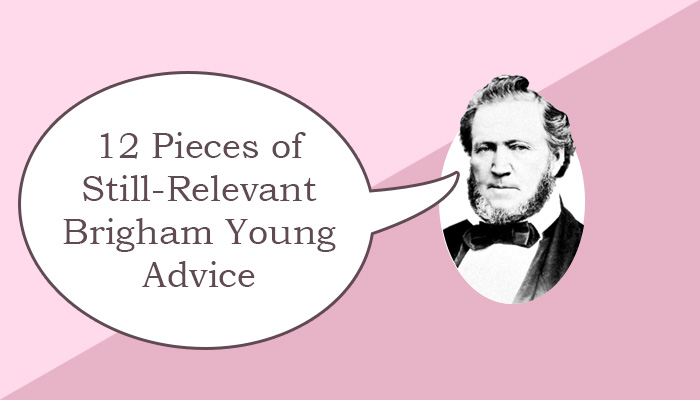 The second president of the Church wasn’t shy about sharing his opinions (people live on the sun) or giving advice for his time, that’s aged badly (married by 25 or you’re a menace).

But Brigham Young was a prophet. And in addition to building a solid foundation for the church’s future, he had a gift for turning a phrase and a penchant for fiery sermons. These produced many valuable lessons we would do well to still remember today.

“How are we to be made happy? There is one course—Love the giver more than the gift.”

In this sermon, Brigham Young was specifically referring to loving God more than loving the things that God has given us. But the phrase, which has become popular in many protestant religions, is also a great antidote for Christmas greed by encouraging gratitude and relationship building.

“To mind your own business incorporates the whole duty of man.”

While this advice seemingly encourages us to leave one another alone, Brigham Young actually went on to explain that “our business” includes building up the kingdom of God and serving one another. If only everyone did mind that business.

Brigham Young paired this advice with his wish that every single day we could end by saying, “That is the best day I ever lived.” Imagine the serenity and influence we could have if we followed this advice every day.

“Don’t tear down other people’s religion. Build up your own perfect structure of truth, and invite your listeners to enter in.”

While Latter-day Saints are no strangers to people working to tear down their faith, Brigham Young believed there was no reason to respond in kind. The truth can stand for itself, and if we live that truth openly and boldly people will want to know.

After a portion of his sermon that focused on how we will be judged based on what we do during this life, Brigham Young added this comforting thought. As long as our desires are holy, as he later said, we will produce those kinds of actions.

“We should never permit ourselves to do anything that we are not willing to see our children do.”

Brigham Young was specifically speaking of parents who are often scolding their children for not being kind and pleasant while demonstrating none of those traits themselves. Ultimately, he concludes, “we should set them an example that we wish them to imitate.”

“If the Devil can make you think that you are ill-treated and you begin to fret about it, you give the Devil power over you .”

This portion of a longer quote, suggests that when someone treats us poorly it disturbs their conscience. But when we become preoccupied with how we’ve been mistreated, we are reaping the same negative consequence as those who mistreated us in the first place.

“I am afraid that this people have so much confidence in their leaders that they will not inquire for themselves of God whether they are led by him.”

Brigham Young was not a fan of blind obedience. He was a big believer of independent people coalescing around a leader they believe in to accomplish amazing things. He worried that if members of the Church ever became the first, they could never accomplish the second.

“If you don’t feel like praying, pray until you do!”

This counter-intuitive bit of advice is essential for us maintaining our relationship with our Father in Heaven. When we are feeling down and unworthy of him is the best time for us to pray, and this advice puts us right where we need to be

“There is no music in hell, for all good music belongs to heaven.”

This quote appears in a portion where Brigham Young was decrying the “tight-laced” who were too busy wagging their finger to recognize how great good music makes you feel. Of course, he said a minute later to the musicians, “if anything is discovered contrary to the strictest virtue and decorum, the offenders must leave this building.”

“We will have to go to work and get the gold out of the mountains to lay down, if we ever walk in streets paved with gold.”

Brigham Young appealed to the popular idea of streets paved with gold. But if there are streets paved with gold, he said, someone had to mine that gold and put in the work to lay it down. This advice was great to the city builders he spoke to then, but it is still a great reminder that the great things we want only come as a result of hard work.

“The object of this existence is to learn, which we can only do a little at a time.”

The beauty of this quote is the tension between the object of existence and only doing it a little at a time. And while he was speaking specifically about learning here, most important things probably must be endeavored bit by bit. 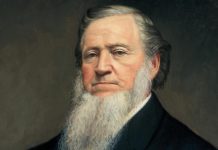 Brigham Young Wasn’t Who Everyone Thinks He Was, Either 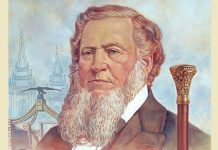 10 Short but Sweet Quotes From the Oft-Criticized Brigham Young 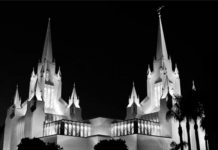