Faith LDS History Brigham Young Wasn’t Who Everyone Thinks He Was, Either 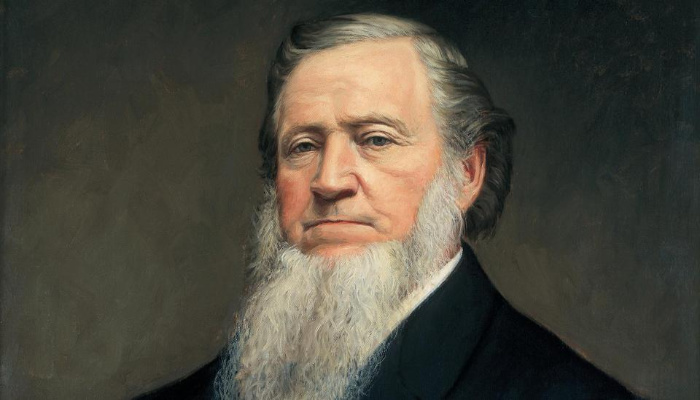 When it comes to The Church of Jesus Christ of Latter-day Saints’ leadership, it seems like the world focuses most of its attention on “Joe” Smith — was he really a prophet? Or was he a delusional cult leader? Did he actually see Deity or was he a conniving charlatan who was desperate to find money?

In fact, they focus so much attention on him that sometimes the Church’s second modern-day prophet, Brigham Young, slips through the cracks — at least until you hear something super offensive he’s reported to have said.

To be honest, when it comes to learning about Church history and the prophets, I’ve sometimes had less-than-cordial feelings toward Brigham Young. But that all changed when I wrote this article.

If history paints Joseph Smith to be a conman, it paints Brigham Young to be a sexist, racist, condescending megalomaniac who was obsessed with having as many wives as possible. Certain splinter groups even claim that Brigham Young wasn’t God’s chosen prophet; that instead, the prophetic mantle either ended with Joseph Smith and has continued recently with a new prophet, or that Joseph’s literal descendants were meant to be the Church’s next prophets.

While Brigham certainly wasn’t without his flaws (and admittedly, he did have a lot of wives), he was a prophet of God. He was so much more than we often give him credit for, and he accomplished so much good throughout his life. He truly was, to echo the words of historian Leonard J. Arrington, an “American Moses.”

So what all did he do to earn himself that title? And how can we know he was actually a prophet and not just the brash man history wants us to believe he was?

He Upheld the Church and Kept Pandemonium at Bay 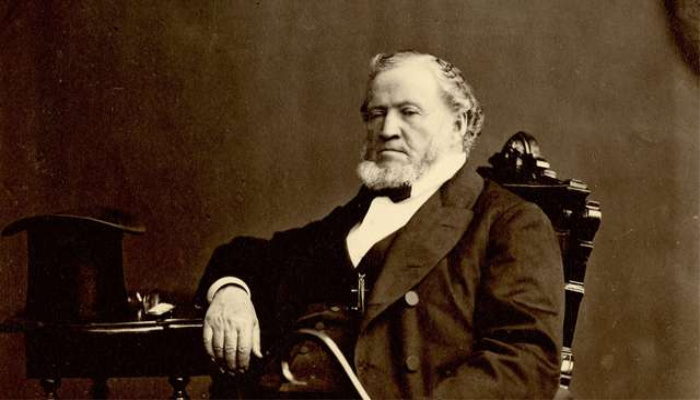 Brigham Young, by the hand of God, was able to keep the Church intact (or, at the very least, keep a lot of understandably discouraged people from abandoning their faith) more than once throughout his tenure as the prophet.

Today the process of prophetic succession is well-known in the Church; however, this wasn’t the case in the Church’s infancy. When Joseph Smith was martyred, it caused quite a stir since the already grieving Saints were unsure as to who would fill the prophet’s place. During a meeting, Sidney Rigdon claimed that he was meant to be the Church’s next guardian, but the Lord had other plans.

After Sidney spoke (for a very long time) regarding why he should be the Church’s next “guardian,” Brigham Young got up to speak. President George Q. Cannon wrote of this miraculous experience:

“It was the first sound of his voice [Brigham’s] which the people had heard since he had gone east on his mission, and the effect upon them was most wonderful. Who that was present on that occasion can ever forget the impression it made upon them! If Joseph had risen from the dead and again spoken in their hearing, the effect could not have been more startling than it was to many present at that meeting. It was the voice of Joseph himself; and not only was it the voice of Joseph which was heard; but it seemed in the eyes of the people as though it was the very person of Joseph which stood before them. A more wonderful and miraculous event than was wrought that day in the presence of that congregation we never heard of. The Lord gave His people a testimony that left no room for doubt as to who was the man He had chosen to lead them.”

For those who doubt Brigham’s mantle, it’s imperative to note that the details of this event were echoed by 120 other people who gave a similar testimony to Cannon’s. The Lord clearly wanted Brigham to be the Church’s next prophet — and because of this, He enabled Brigham Young to do incredible things.

For example, it’s no secret that the Saints faced some hard times during the Church’s early days. They were driven out of Kirtland, sent packing from town to town in Missouri, and were eventually even forced out of the beautiful city they’d painstakingly built in Nauvoo, Illinois.

Yet due to Brigham’s supervision and organization during these major crises, the Saints made it from Missouri to Illinois, and later, Illinois to Winter Quarters, Nebraska, and on through Wyoming on to Utah. During his time as prophet, between 60,000 and 70,000 pioneers trekked to the Salt Lake Valley. (If your jaw dropped, you’re in good company. I had no idea it was that many!) In order to to accomplish this, Brigham established many methods of help, including the Perpetual Emigrating Fund Company, which used Church resources and private contributions to assist more than 26,000 Saints who were without the means to travel to Utah to do so.

He similarly sent out wagons with supplies to provide sustenance including food and clothing to groups traveling across the plains, advocated the use of handcarts since they were faster and overall more efficient than oxen-pulled wagons, conducted several rescue efforts (including the famous Willie and Martin handcart companies, which, on a side note, he issued when the weather looked like it would be totally fine), and organized the Saints in Utah to receive migrants to cure, nurture, and help get started.

To add to these impressive feats (all which took amazing foresight or, you know, revelation), Brigham, during his life, “founded 400 settlements; established a system of land distribution later ratified by Congress; served as the first territorial governor of Utah for two terms, as first superintendent of Indian Affairs of Utah Territory, and as Church President for 30 years.”

Clearly, Brigham was an incredible leader. But that’s just the tip of the iceberg.

He Was a Spokesperson for Women 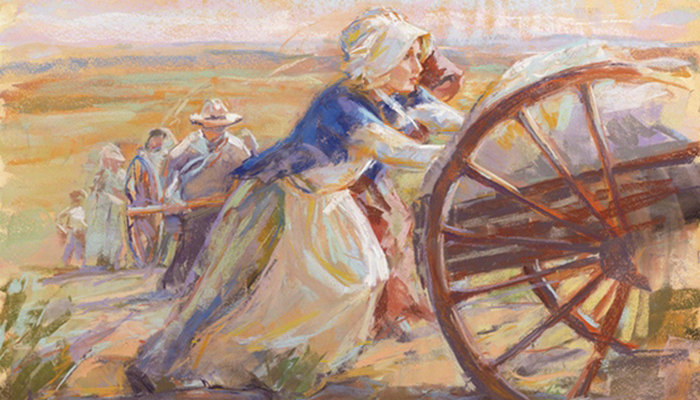 During Brigham Young’s time, divorce requests from women in American courts were rarely granted (and were usually only done so on the grounds of proof of adultery). Because of this, emotional, mental, and/or physical abuse were tolerated by many women since they knew their chances of achieving an approved divorce were slim. But under Brigham Young, things were different for women (whether in a monogamous or polygamous relationship).

A study published by the University of Michigan reads, “. . . the request for divorce was only a female choice and the church was quite liberal in granting of such requests. Further, divorced women were not stigmatized as such and had little difficulty in remarriage.”

While Brigham Young certainly didn’t condone divorce without a legitimate reason, he similarly understood that most women asking for divorces had such a reason. (It’s also interesting to note that he was much less lenient when men asked for a divorce.) During his life, the prophet granted more than 1,600 divorces.

His Testimony in Times of Struggle Was #Goals 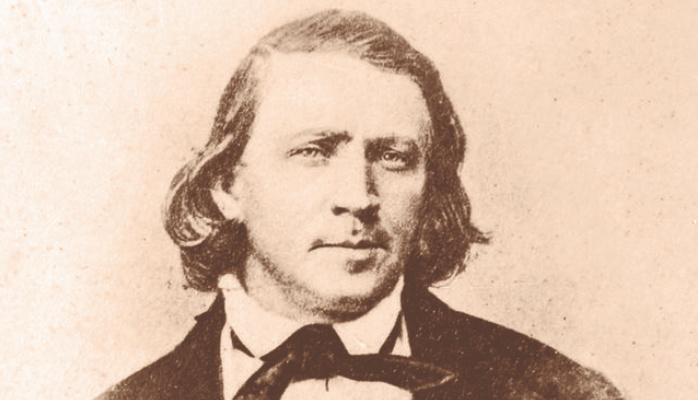 When we picture Brigham Young, we likely envision a man with an unconquerable spirit and rock-solid testimony — and certainly, his testimony was nothing short of incredible. But it didn’t start out that way.

Brigham Young first encountered the Book of Mormon when he was 28, and his conversion wasn’t immediate. In fact, he investigated the Church for a full two years before joining. The prophet himself said,

“I examined the matter studiously, for two years, before I made up my mind to receive that book. I knew it was true, as well as I knew I could see with my eyes, or feel by the touch of my fingers. . . . Had not this been the case, I never would have embraced it to this day. . . . I wished time sufficient to prove all things for myself.”

It took him two years to recognize with surety the Book of Mormon’s validity. That’s the length of an Elder’s entire mission! I’m just gonna say it: having him as an investigator probably would have been super frustrating. (Can you say ETERNIGATOR?!)

But the surety of his testimony would be a huge asset to him later when doctrines were revealed that he didn’t understand — doctrines like polygamy.

When Brigham Young learned about the Lord’s command for the Saints at that time to practice polygamy, he said, “. . . it was the first time in my life that I had desired the grave.”

Certainly, Brigham must have wanted the doctrine of polygamy to not be God’s will, but he did what he always did in times of struggle and doubt — he prayed.

“I had to pray unceasingly,” he said, “and I had to exercise faith and the Lord revealed to me the truth of it and that satisfied me.”

He prayed and he exercised faith. The future prophet didn’t simply have answers given to him immediately — the Lord required him, as He requires all of us, to step forward in faith. Then, when he did, the Lord blessed him with an increased testimony that would fortify him when confusion or questions arose, and would enable him to lead the Saints with surety and confidence.

While the world portrays Brigham Young as a rude man who took himself far too seriously, he actually had (like basically all prophets) a great sense of humor.

One of my personal favorite Brigham Young stories details an interaction he had with Mark Twain. The story goes as follows, as told by Mark Twain (and paraphrased by me):

In 1861, Mark Twain and his brother Orion visited Brigham Young. They talked about several different things during their meeting, and Mark Twain kept trying to “draw him out” on some political matters, but Brigham Young mostly ignored him. This made Mark Twain mad, and he sat sulking for the remainder of the meeting and silently cursed Brigham for being a “savage.” Then, Twain writes, with seeming amusement, “When the audience was ended and we were retiring from the presence, he put his hand on my head, beamed down on me in an admiring way and said to my brother: ‘Ah—your child, I presume? Boy, or girl?'”

Oh Brigham, you jokester. His response was basically the equivalent of, “If you’re going to act like a child, I’m going to treat you like a child,” and Twain seemed to take it all with good humor.

Another time, a sister came to speak with the prophet and told him that her husband told her to go to hell. When she asked Brigham what she should do, he simply told her not to go.

To a bishop caught selling liquor in his store, Brigham wrote a letter saying the following: “I write to request you not to sell any more whiskey or alcohol, or any description of spirituous liquor, no matter who may call upon you to purchase. And in case the plea is made that some one [sic] will die, unless the liquor can be had, be pleased to tell them to first call upon me and get an order for the coffin, for the liquor they cannot have.”

Brigham Young wasn’t just funny — he was also a great man who did amazing things because God asked him to. He was a man of immense faith, strength, and determination.

No matter how daunting, Brigham did what the Lord required, and I hope to be more like him — not like the world’s perception of Brigham Young, but the true man behind that name: a prophet of God who followed Him with exactness in the face of adversity.