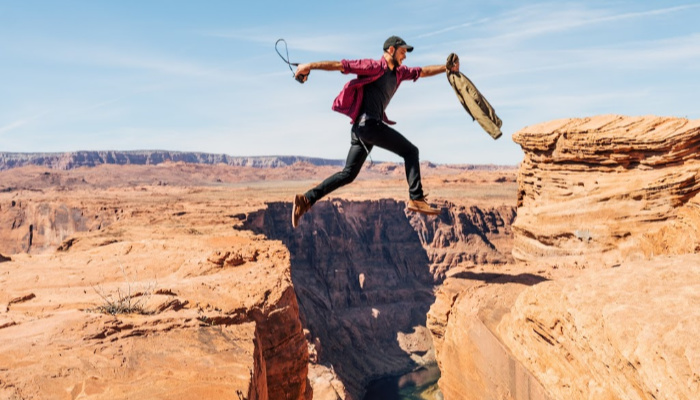 1. Claiming to be a continuation of the very church Christ led in the New Testament

Latter-day Saints claim that “The Church of Jesus Christ of Latter-day Saints is the Lord’s kingdom once again established on the earth, preparatory to the second coming of the Messiah” (Introduction to the Book of Mormon). They claim that, over time, the church established by Jesus Christ Himself in the New Testament fell into apostasy after His death. And they claim that that ancient church has now been restored.

The claims of The Church of Jesus Christ of Latter-day Saints really leave no room for people to view our faith as just another run-of-the-mill sect. And if we do view the Church that way, we don’t understand what the Church claims to be. It claims to be the restored church of Jesus Christ Himself—the one and only. It refuses to be considered just another one of the thousands (over 45,000 distinct denominations) of Christian congregations offering people spiritual refuge. Of course, this implies the belief that every single other faith out there, while well-meaning and good, is missing something (quite a gutsy claim).

The claim is true, or it isn’t. If it’s true, finding a legitimate reason not to join (or to leave) is extremely difficult. If it’s not true, then there’s little point in affiliating. This is not another pleasant congregation on your community faith menu. It’s everything, or it’s really nothing. Gutsy indeed.

2. Claiming to be led by real-life prophets

The Bible is replete with stories of ancient prophets who were led by and communicated with God. Latter-day Saints claim that the age of prophets is not over and that the Church is led by prophets today.

First, claiming the existence of modern prophets turns a centuries-old Christian belief on its head. Most Christians believe the age of prophets ended with Christ.

Second, claiming to be led by a prophet paints a target on that prophet’s back. It opens them (and by extension, the faith) up to serious scrutiny and criticism. The personal details of ancient prophets are largely absent from ancient scripture and lost from history. Only a few stories have stood the test of time, only providing a shadowy outline of the real lives these men actually had. But modern prophets undergo a level of scrutiny simply not possible in the case of the ancients. Every discourse, every instruction, every action is met with the question: “Is this the behavior of a prophet of God?” I imagine the pressure they feel is immense.

3. Tithing as a commandment

Latter-day Saints commit to offering ten percent of their income to the Church as tithing. The Church teaches that tithing is a commandment given by God.

Nobody wants to give away ten percent of their income. It’s a sacrifice. It’s a barrier that understandably turns off a lot of potential members of the faith. Usually, these are the kind of barriers that churches try to remove in order to increase their membership. But not The Church of Jesus Christ of Latter-day Saints. Gutsy move.

4. Claiming to have additional scripture

In addition to the Bible, The Church of Jesus Christ of Latter-day Saints considers the Book of Mormon, the Doctrine and Covenants, and the Pearl of Great Price to be divinely inspired scripture.

As far as I am aware, The Church of Jesus Christ (and Latter-day Saint splinter groups) is the only Christian faith that claims to have extra-biblical scripture. Of course, this turns another long-standing Christian belief in a closed canon on its head. Claiming to have access to more of God’s word is exceptionally bold. But again, The Church of Jesus Christ goes there.

This strikes at the very heart of traditional Christianity. For centuries, Christianity has taught, “God the Father, Jesus Christ, and the Holy Ghost are one in essence and three in person.” The Church of Jesus Christ responds, “We believe they are three in essence, and one in purpose.”

We’ve already reviewed a couple of ways Latter-day Saint beliefs have turned traditional Christianity upside down, but this episode may be the most controversial. Latter-day Saints challenge the very idea of who God is.

Related: What About the Trinity of the Godhead?

These are bold beliefs. And despite the age-old argument of who’s right and who’s wrong, I associate a certain amount of respect with boldness. I have that same respect for the boldness of Catholic views on Priesthood authority, the Jehovah’s Witness belief in the resurrection of the 144,000, and the predestination of Lutheranism. So, to those out there with gutsy beliefs—and to those who stick to them despite adversity—I see you.