Life Holidays What the Gospel Says About Superstition, Luck, and Friday the 13th 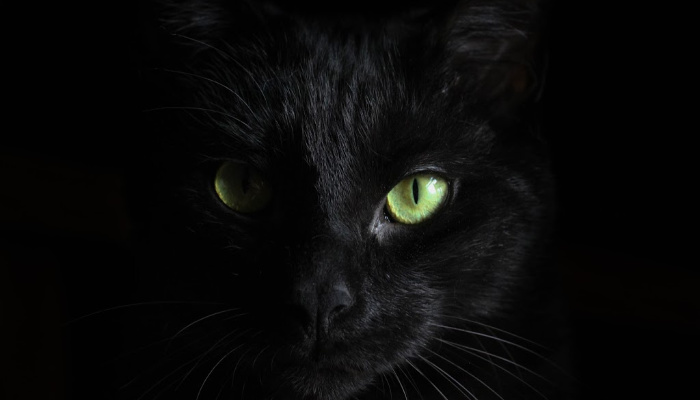 Friday the 13th. What does this day make you think of? A horror film? The idea that you might have bad luck? Nothing at all?

I find the topic of superstitions particularly interesting, so let’s dive in and figure out if there is anything we really need to be worried about today.

How did Friday the 13th Begin?

According to the University at Buffalo, this superstition may actually have a religious background! Some believe it may have originated because there were 13 people in the room during Jesus Christ’s last supper and he was thought to be crucified on a Friday (we know now that it was actually a Thursday).

The first actual mentions of Friday the 13th being an unlucky day didn’t happen until the 19th century. These possible origins are all based on fictional books. This made me wonder if our books, the scriptures, had anything to say on the matter?

Superstition in the Scriptures

So, I decided to turn to the Topical Guide. The word “superstitions” notes to also see “idolatry” and “sorcery.” Many of the scriptures listed mention things like witchcrafts, lies, and devils. I definitely didn’t find uplifting messages!

I think it’s pretty safe to say superstitions are fake, according to the scriptures. From that point of view, we don’t have anything to worry about today. Phew!

However, I still wanted to know what light may have been shed on the subject in these latter days. Joseph Smith had these interesting things to say:

“Mormonism is truth; and every man who embraces it feels himself at liberty to embrace every truth: consequently the shackles of superstition, bigotry, ignorance, and priestcraft, fall at once from his neck; and his eyes are opened to see the truth, and truth greatly prevails over priestcraft. …

“… Mormonism is truth, in other words the doctrine of the Latter-day Saints, is truth. … The first and fundamental principle of our holy religion is, that we believe that we have a right to embrace all, and every item of truth, without limitation or without being circumscribed or prohibited by the creeds or superstitious notions of men, or by the dominations of one another, when that truth is clearly demonstrated to our minds, and we have the highest degree of evidence of the same.”

Basically, the prophet is stating that the gospel is true and superstitions are not. The “notions of men” should not distract us. We could be lead away from our path back to Heavenly Father.

A 1972 New Era said, “We need to have our attitudes rationally as well as spiritually grounded and not be influenced and sustained by superstition and myth.” Also, Elder Larry R. Lawrence once stated, “One of Satan’s counterfeits for faith is superstition.”

So, I definitely won’t be stressing out about any more Friday the 13th’s over here. I’m certain we can forget about superstitions and focus more on our faith!

Related: What is the difference between superstition and religion?

What About the Concept of Luck?

However, during my research on this topic, I developed another question. Do we believe in the concept of luck if we don’t believe in superstitions?

This poem by Annalise Kunzelman helped me begin to better understand:

A dollar on the ground,

Something that was lost

You make it to the station

Just in time to catch the train,

A smile when it’s needed,

A cactus in the rain.

Aren’t really what they seem.

What we call “coincidence”

Is much more heavenly.

Luck isn’t really what it seems. It’s “much more heavenly.” I absolutely love this thought! Heavenly Father plays a big part in our everyday lives. He is putting people in our paths, providing opportunities, and helping us find joy. “Luck” is actually blessings from above.

We Have to Play Our Part Too

Next, I remembered agency. While some blessings may just come to us, we have to work for others. For example, we have to get the required education and go through the application process if we want to be blessed with our dream job.

President Spencer W. Kimball said, “Remember also that if you succeed, it isn’t because of luck. Success comes from faith and work and prayer and from constant righteous effort.” If you want to be “lucky” in this life, hard work is the way to do it.

I came across a blog post written by a returned missionary that included some fantastic thoughts about luck. This sister had the missionary discussions memorized and someone told her she was “lucky.” After this, she wrote,

So, Just Forget About Superstition Altogether?

Exactly. Superstitions mean nothing. We don’t have to worry about them. And luck? Don’t stress about that either. You have agency and are in control of your life. Spencer W. Kimball also said,

“You are not living in the life of luck; it is a life of pluck, a life of effort and planning.”

As we put forth our “righteous effort,” we will acquire the many blessings God has in store for us. Because of this, we don’t have to cross our fingers or toss salt over our shoulders. We simply must press forward with faith and we’ll make our way back to our Father in Heaven. What a relief!

Related: Why More Americans Believe in Atlantis Than in Religion

Also, don’t forget to share this article with your friends and family!