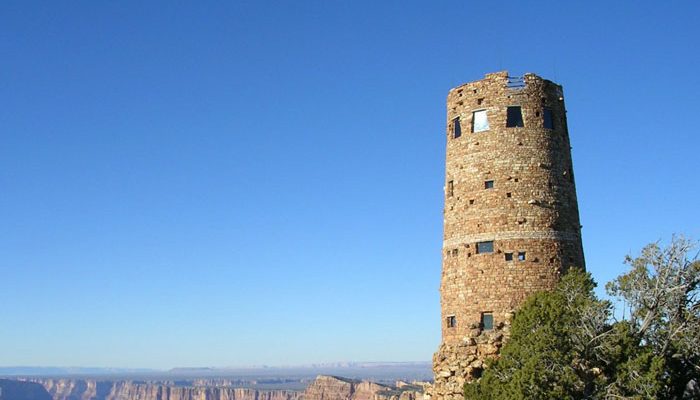 In the Doctrine and Covenants, a collection of modern revelations guiding The Church of Jesus Christ of Latter-day Saints (“Mormon” Church), a parable is recorded.  The parable was given to the prophet Joseph Smith in 1833 when Latter-day Saints were suffering much affliction at the hands of those who hated them.  In what is now called Section 101, the Lord explained to Joseph that those afflictions were allowed in order to chasten the Saints, who were committing sins of commission and omission – breaking the commandments or failing to do what God had asked.

The parable tells of a Lord who instructs his servants to plant a vineyard and then to protect it:

And now, I will show unto you a parable, that you may know my will concerning the redemption of Zion.  A certain nobleman had a spot of land, very choice; and he said unto his servants: Go ye unto my vineyard, even upon this very choice piece of land, and plant twelve olive trees;

And set watchmen round about them, and build a tower, that one may overlook the land round about, to be a watchman upon the tower, that mine olive trees may not be broken down when the enemy shall come to spoil and take upon themselves the fruit of my vineyard.

Now, the servants of the nobleman went and did as their lord commanded them, and planted the olive trees, and built a hedge round about, and set watchmen, and began to build a tower. And while they were yet laying the foundation thereof, they began to say among themselves: And what need hath my lord of this tower?

And consulted for a long time, saying among themselves: What need hath my lord of this tower, seeing this is a time of peace? Might not this money be given to the exchangers? For there is no need of these things.  And while they were at variance one with another they became very slothful, and they hearkened not unto the commandments of their lord.

Ought ye not to have done even as I commanded you, and—after ye had planted the vineyard, and built the hedge round about, and set watchmen upon the walls thereof—built the tower also, and set a watchman upon the tower, and watched for my vineyard, and not have fallen asleep, lest the enemy should come upon you?

And behold, the watchman upon the tower would have seen the enemy while he was yet afar off; and then ye could have made ready and kept the enemy from breaking down the hedge thereof, and saved my vineyard from the hands of the destroyer (Doctrine and Covenants 101:43-53, emphasis mine).

Note that the servants talked among themselves and determined by using logic that the tower was unnecessary, being that it was a time of peace.  We humans do our best with our logic when guessing the future ramifications of our decisions, but we are often wrong.  God, however, knows what is coming in the future.  He can give information about the future to prophets, who can then warn the people.  He can also bless us with personal revelation to prepare us for the future.

I’m reminded of a story about a Haitian family, Latter-day Saints.  The father, a Mormon priesthood-holder, felt through a revelation from the Holy Spirit, that he should repair the gate at the back of his house that led to the street.  He was also moved by the Spirit to help his family rededicate themselves to focusing on the Savior.  They began to be more diligent in holding their family prayers and in reading scriptures together and having Family Home Evenings once a week.  When the huge earthquake that devastated Haiti occurred, he and his wife escaped their home through that back gate, which opened perfectly.  Just as he and his wife got through the gate, the wall next to it crumbled.  Had the gate not worked well, they would have been crushed.  The two of them ran to the school to find their children and found them safe and protected.  Had the father not followed the inspiration he had received, the future could have been far different.  The Lord knew there was an earthquake coming, but this family could not have known from their vantage point.

Another story relates to a similar earthquake in Chile.  The Mormon mission president’s wife was warned by the Holy Spirit that a catastrophe was coming.  By the time the earthquake hit, every missionary was prepared.  None were injured, and all had supplies, and they were immediately able to launch out in helping others around them.

When we cannot see afar off, we not only miss warnings of future danger, but also miss the spiritual warnings that the “enemy” – Satan – is approaching and will overcome us.  We become blind to our sins and the calamities that sin brings upon us.

Seeing Afar Off is Mentioned in Other Scriptures

For if these things be in you [referring to the characteristics of godliness], and abound, they make you that ye shall neither be barren nor unfruitful in the knowledge of our Lord Jesus Christ.

But he that lacketh these things is blind, and cannot see afar off, and hath forgotten that he was purged from his old sins.  Wherefore the rather, brethren, give diligence to make your calling and election sure: for if ye do these things, ye shall never fall….

In The Pearl of Great Price, Moses 6:27, God speaks of the wicked at the time of the prophet Enoch.  The wicked were ripening in iniquity and would soon be destroyed in the flood.

And he heard a voice from heaven, saying: Enoch, my son, prophesy unto this people, and say unto them—Repent, for thus saith the Lord: I am angry with this people, and my fierce anger is kindled against them; for their hearts have waxed hard, and their ears are dull of hearing, and their eyes cannot see afar off….

Their eyes could not see afar off, because they refused to heed their prophets, who were called to be God’s watchmen on the tower.  This situation was repeated throughout history, and recorded in the scriptures.  We see time and again, how people who were nearing destruction from God’s wrath, by their puny logic, thought things were just fine, just as the servants in the parable thought they were safe enough not to need a tower.

The people at the time of Noah:

And it came to pass that Noah called upon the children of men that they should repent; but they hearkened not unto his words; And also, after that they had heard him, they came up before him, saying: Behold, we are the sons of God; have we not taken unto ourselves the daughters of men? And are we not eating and drinking, and marrying and giving in marriage? And our wives bear unto us children, and the same are mighty men, which are like unto men of old, men of great renown. And they hearkened not unto the words of Noah (Moses 8:20, 21).

The grown children of Lot, whom he warned of the coming destruction of Sodom:

The Israelites before the destruction of Jerusalem by the Babylonians trusted in false prophets like Hananiah who appeased them in their sin:

Then said the prophet Jeremiah unto Hananiah …, Hear now, Hananiah; The Lord hath not sent thee; but thou makest this people to trust in a lie.

Therefore thus saith the Lord; Behold, I will cast thee from off the face of the earth: this year thou shalt die, because thou hast taught rebellion against the Lord.

The Book of Mormon peoples, descendants of Zeniff,  were warned by the prophet Abinadi:

Now the eyes of the people were blinded; therefore they hardened their hearts against the words of Abinadi, and they sought from that time forward to take him. And King Noah hardened his heart against the word of the Lord, and he did not repent of his evil doings. (Mosiah 11:29).

The people of the wicked city of Ammonihah reviled against the prophets who called them to repentance, as explained in the Book of Mormon:

Nevertheless, they hardened their hearts, saying unto him: Behold, we know that thou art Alma; and we know that thou art high priest over the church which thou hast established in many parts of the land, according to your tradition; and we are not of thy church, and we do not believe in such foolish traditions (Alma 8:11).

And now it came to pass that the people were more angry with Amulek, and they cried out, saying: This man doth revile against our laws which are just, and our wise lawyers whom we have selected (Alma 10:24).

And the people went forth and witnessed against them—testifying that they had reviled against the law, and their lawyers and judges of the land, and also of all the people that were in the land; and also testified that there was but one God, and that he should send his Son among the people, but he should not save them; and many such things did the people testify against Alma and Amulek. Now this was done before the chief judge of the land (Alma 14:5).

The city of Ammonihah was destroyed in one day by its enemies, and all its people slain.

The Prophet as the Watchman on the Tower

God calls prophets as watchmen on the tower. Mormon prophets have recently warned members of the Church to get out of debt, to invest in education, to build up an emergency storage of food, clothing, fuel, and cash, to strengthen the spirituality of their families, to guard the sacred covenant of marriage, to avoid anything that could be construed as pornography, to stand up against the destruction of morality in the societies where they reside, and to live according to God’s eternal laws of morality.

In 1995 Mormon prophets issued a proclamation on the family.  In it, there was a prophecy…

We warn that individuals who violate covenants of chastity, who abuse spouse or offspring, or who fail to fulfill family responsibilities will one day stand accountable before God. Further, we warn that the disintegration of the family will bring upon individuals, communities, and nations the calamities foretold by ancient and modern prophets.

These calamities are foretold especially in the Book of Revelation in the Bible and in the Doctrine and Covenants.  They are frightening, and they include earthquakes, famines, disease, and war.

The disintegration of the family is in progress and rapidly getting worse.  Logic says to most people that everything is OK, but is it?  We have a watchman on the tower.  He can see afar off, even if we cannot.  Will we listen? 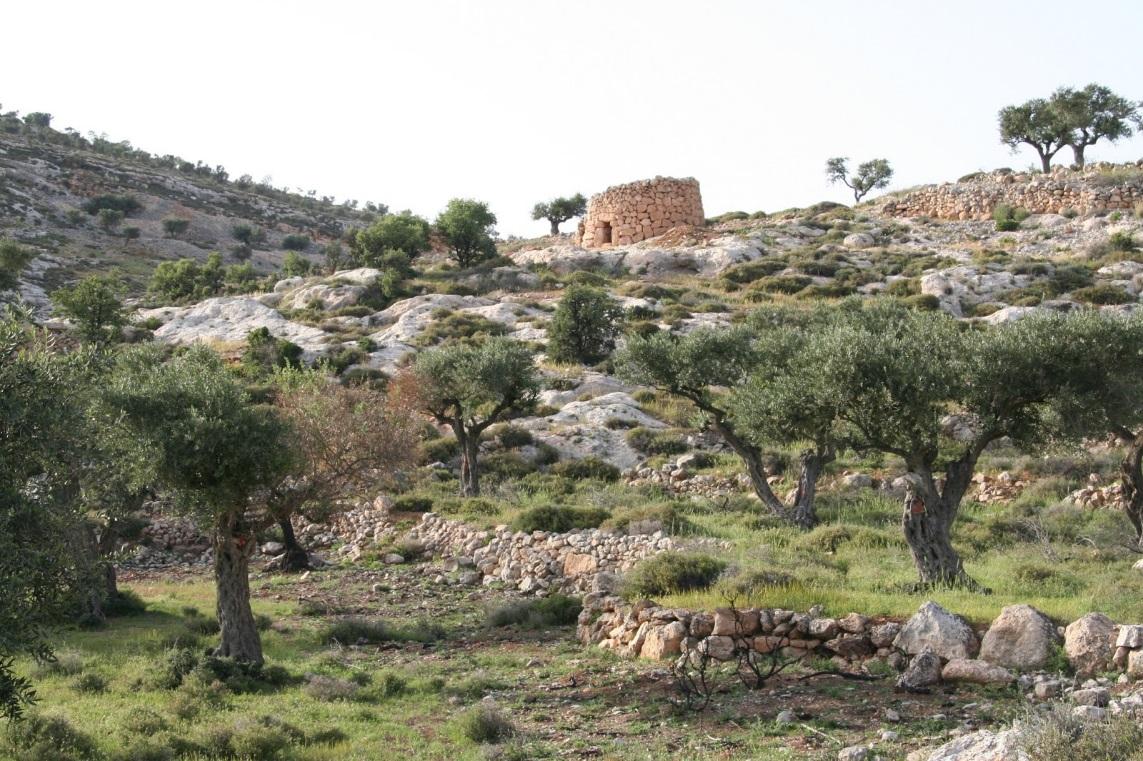