Faith Belief 5 Things Latter-day Saints Believe That Other Christians Do Not, But Make...

Mormons are Christians—they believe that Jesus Christ is their Savior. That said, there are plenty of Mormon beliefs that go against the grain of many modern sects of Christianity. And as it turns out, they make a whole lot of sense.

Some theologians argue that the Bible holds all of the prophetic counsel we’ll ever need. But, respectfully, why? The Bible itself is simply a combination of smaller books that serve as evidence of God speaking to prophets over thousands and thousands of years. Why would he neglect us in modern times? The Mormons say He hasn’t, isn’t and won’t.

This concept really rubs a lot of Christians the wrong way. That said, scripturally, it’s a very rare occasion when people believe in an actual, current prophet. They always seem to believe in the prophets that lived before them, but really struggle to believe in the one standing in front of them. Exhibit A: Jesus Christ himself. The most powerful of all prophets (not to mention, the Savior). The people believed in Moses and Abraham, but crucified Christ.

Despite our mortal shortcomings, Mormons believe that God has provided prophets to us today, just as he did in ancient times. Makes sense, right?

For more on what Mormons believe about prophets and apostles, click here.

The Bible is the record of God’s dealings with the people in the ancient Middle Eastern region. Mormons definitely believe in the Bible, but they believe God dealt with people in other areas of the world as well. Because, again, why wouldn’t He?

In addition to the Bible, Mormons study The Book of Mormon, which is simply the record of God’s dealings with a branch of Israel on the ancient American continent. If God truly loves His children (us), why would He communicate exclusively to those in the Middle East? It makes sense that He would spread his message around the globe. It also makes sense that those who heard His message would write it down. So, I guess it makes sense that there might be more scripture than just the Bible.

Don’t get me wrong, the Bible is great—but if there’s more of the word of God out there that corroborates, supports and elaborates on what the Bible says, you can bet I’ll be all over that.

For more on The Book of Mormon, click here.

3. Mormons believe that marriage and family continue after this life

I recently did a three-month stint in the most beautiful country I’ve ever seen—New Zealand. It was magnificent. The beaches were pristine, the foliage was lush and the people were saint-like. But then I realized something: I desperately wanted my family there with me. Despite the natural wonders of New Zealand, that paradise was not paradise without my family around me. I was alone.

Heaven isn’t Heaven without your family.

Mormons believe that marriage does not end with, “till death do us part.” Instead, a Mormon wedding ceremony (they call it, a sealing ceremony) uses the terminology, “for time and all eternity.” If both parties involved live worthily of heaven, their marriage continues into the eternities. Romantic, isn’t it?

For more on what Mormons believe about marriage and family, click here.

4. Mormons believe there is so much more than Heaven and Hell

As a child I always wondered where the dividing line between Heaven and Hell was. I looked at it as a very measurable judgement. I thought, “How many sins can I commit before I cross into Hell-judgement territory?” What is Hell like? What is Heaven like? Are we just going to be peacefully praying on clouds for all eternity? Because, to be completely frank, that sounds like it would get monotonous really fast.

Mormons believe that Heaven is separated into what they call Kingdoms of Glory. There are three kingdoms, each more glorious and awesome than the last. Judgment from God is less of a yes/no decision and more of a placement on a heavenly spectrum. This makes a whole lot of sense. With such a vast range of righteousness and wickedness amongst humanity, it makes sense that there is more than the traditional binary Heaven or Hell.

For more on what Mormons believe about Heaven and Hell, click here.

5. Mormons believe you should get baptized in the same way that Jesus Christ did 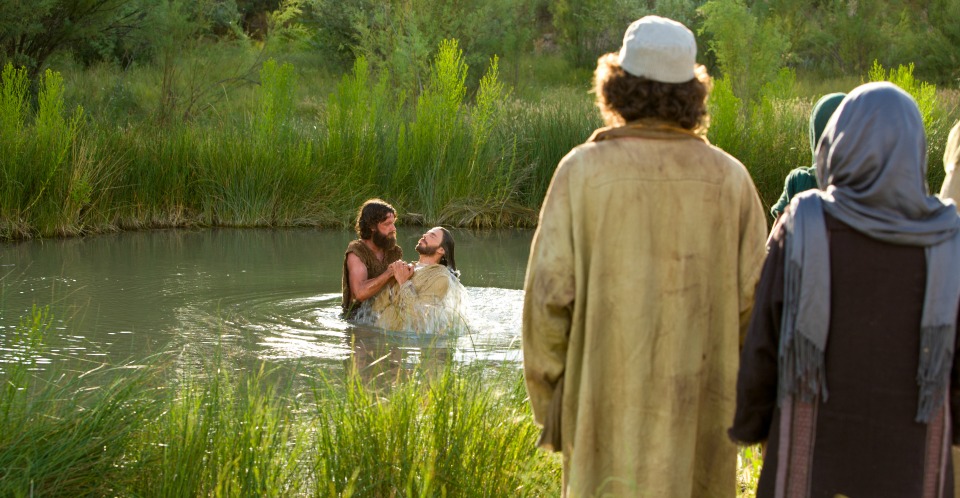 It’s commonly understood in many Christian congregations that baptism is meant to cleanse you from sin. Mormons agree, but the concept begs the question: If Jesus was sinless, why would he need to be baptized? One of the Mormon Church’s holy texts, The Book of Mormon (which we’ll talk more about later) has a solid answer:

And now, if the Lamb of God, he being holy, should have need to be baptized by water, to fulfil all righteousness, O then, how much more need have we, being unholy, to be baptized, yea, even by water!

The Mormon Church is extremely Christ-centered. They believe He is their perfect example in all things. As such, they believe they should be baptized like Christ was—by complete immersion in a body of water.

But there’s another important aspect of Christ’s baptism that the Mormons take very seriously—authority. According to the scriptures, Christ must have traveled multiple days to reach John the Baptist at the Jordan River. Why would he have traveled so far just so John would baptize him? Well, because John was the only man in the area that had authority to baptize. Mormons call this priesthood authority, and believe it is essential for a valid baptism.

It might seem a bit strict, but it makes total sense. You can’t just ask the ice cream man to baptize you—unless he has the God-given authority to do so.

Mormons believe that authority was lost from the earth once Christ was crucified, His apostles were killed and His teachings were corrupted. They also believe it was restored again to a prophet named Joseph Smith in 1829 and continues within the Church today.

For more on what Mormons believe about baptism, click here.

Note from the author to my fellow Christians

If you’re not a member of The Church of Jesus Christ of Latter-day Saints (the Mormon Church), it’s probably going to be very easy to interpret some of the points in this article as complete slams on popular Christian beliefs. That is not at all my intention.

I grew up in a predominantly Christian town and the faith of my Christian friends strengthens me. I’ve visited their Sunday services and love their unique perspectives. At the end of the day, all Christians (including Mormons) are just trying to better themselves, and that’s great. It’s true that Mormons believe many long-standing Christian beliefs are incomplete, but we fully recognize the good intentions behind them.

Despite our differences, we can all agree on the one belief that brings us together: Jesus Christ is our Savior.