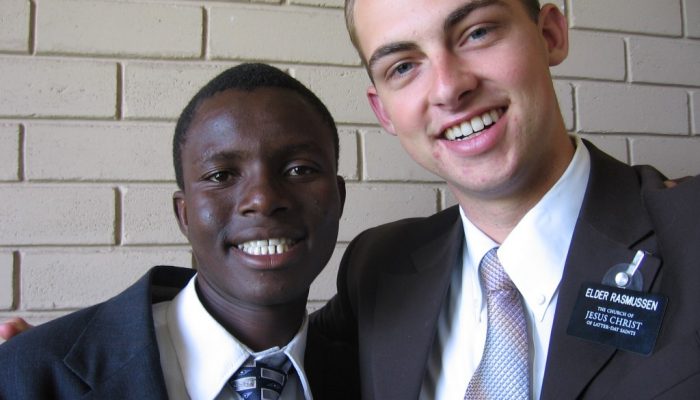 *One of our friends at Normons.com recently published a piece about his mission to Africa and how it differs from the ‘Book of Mormon Musical’ experience.*

The Book of Mormon, the Tony-award winning musical, is currently playing in my hometown in Orange County. It tells the story of two white, clean-cut Mormon missionaries who are called to serve in the most unlikely and foreign of places: Uganda. Naïve and inexperienced, the elders undergo various mishaps, misunderstandings and crises of identity & faith, all while learning what life outside “the bubble” is really like. The portrayal of missionaries in the show has been described by one Mormon scholar as a “fun-house mirror” – rather than an accurate reflection, it aims for one that is entertaining.

People all over the world have been swept up by the story of Elder Price and his companions, a bright and clueless bunch who attempt to force their religion on a tribe of mindless Africans. But beyond the songs and the shock value and the hype, the musical’s fish-out-of-water storyline struck a particular chord with me for a very important reason: I actually lived it.