Faith How Praying to Change Yourself Can Change Everything Else

Early morning Seminary was torturous for me—but not for the reason you might think. While many of the other kids buried their heads in their arms and dozed through the lessons, I was usually wide awake and attentive. I’m one of those rare and annoying breeds of people who enjoy early mornings.

But I wasn’t alone. There was one other person in the class who also seemed unaffected by the early hour, and he passed the time by teasing and poking fun at me—every morning, without fail. I tried to ignore him, but not only were his jabs annoying, they sometimes stung like a slap in the face. Sometimes I couldn’t help but to hurl back my own biting remark.

This particular young man had been a thorn in my side for years. I still remember the hot anger that flushed my cheeks after he tore the picture I drew in Sunday School when I was six, and my shrieks of dismay as he threw my scriptures out the window a couple years later. By the time I was almost twelve, my bitterness toward this boy was like battery acid.

Fortunately, his attendance was spotty. Weeks might go by without him showing his face. He was once absent for about two years. Whether he had gone inactive or simply moved to another area, I hoped that I had been granted a permanent reprieve. Then he reappeared out of nowhere, and I now had the serendipitous fortune of sitting in front of him every day in Seminary—and he never seemed to miss a day. 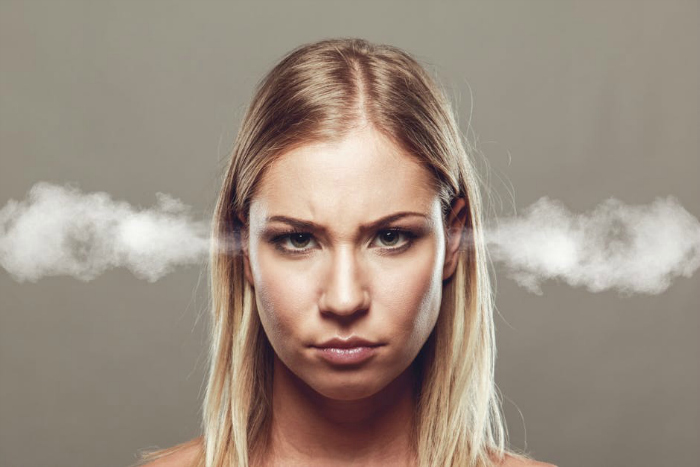 While visiting my grandmother one summer, I vented my frustrations to her, listing every unpleasant encounter and slandering this boy with all the disdain I could muster. I concluded my tirade with an exasperated, “Ugh—I hate him!”

Up until this point, Grandma had been listening quietly, an expression of slight concern on her face. With this last declaration, however, her forehead creased and her eyes met mine. Cocking her head to one side, she asked, “You hate people?”

Her words went through me like ice water. There was no condemnation. She hadn’t even raised her voice. Instead, she sounded somewhat surprised—and I immediately regretted my outburst. I spluttered, searching for something to say to redeem myself, but someone changed the subject and we never returned to it.

Her words, however, returned to my mind often. I knew that nothing that had transpired between me and this boy was my fault, that I was justified in feeling about him the way that I did—wasn’t I? Didn’t I have a right to feel angry and resentful? And yet, my grandmother was surprised to hear me say that I hated anyone. She expected something different from me, and I had let her down.

I began to ponder in earnest what my responsibility in this situation should be, and I didn’t like what I discovered.

Verses like the one above began popping up in every lesson, talk, and testimony. While I sat in Seminary fuming, I knew deep down that my grandmother was right. I had a responsibility to not just forgive this young man, but to have charity for him.

It was the most difficult thing I had yet attempted in my young life. I can recall kneeling by my bed one night and haltingly, grudgingly asking for help to forgive—help to stop hating him. Help to see him as the beloved son of God that he was. I stopped responding to him in class, but I tried to make my silence one of neutrality rather than of stony, cold indifference. I prayed on his behalf, realizing that I had no idea what he might be dealing with in his own life.

As I continued to pray, something miraculous occurred. One day, my classmate threw out one of his typically dry, sarcastic lines—and I laughed. As I continued to listen and observe, it occurred to me that this boy didn’t really get along with anyone very well, but he was trying very desperately to make friends. He was trying to be funny. He could be abrasive, but that probably came from awkwardness and insecurity more than anything else.

I felt as though I had been given new eyes, and I no longer hated him. I saw someone who was smart, witty—and lonely. And as soon my reaction to him changed, he became an entirely different person. It wasn’t long before I considered him one of my better friends in the ward.

The new discoveries didn’t stop there. As I got to know my friend better, I learned that his childhood had been very troubled, something that more than explained the way he had lashed out at others.

So often when others behave in ways that offend or hurt us, we don’t think twice about judging them. It’s only the natural thing to do. It makes sense, for our own protection, to keep our distance from people who rub us the wrong way—but the Savior has asked us to do the exact opposite. He hasn’t just asked us to tolerate others we don’t like. He didn’t say, “I know that guy is unbearable, but at least be civil.” We are expected to love everyone, even our enemies.

I can’t tell you how many times, when contemplating such a task, I thought to myself, “I could do that if he were [different, nicer, less annoying, etc.]…” But God provides us with no such excuses. So how do we love those who seem unloveable?

You ask Heavenly Father to change you. To increase your understanding, your patience, and your ability to love.

I dare you to try this the next time you run into someone with whom you are sure you could never, ever get along. You might just be surprised to find that, when you pray to change yourself, everything else changes, too.