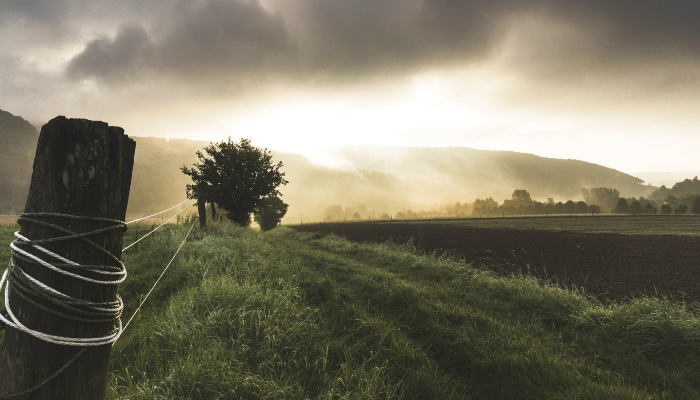 One of my favorite miracles in the New Testament is when Christ calms the tempest. He and His apostles are on a boat when Christ falls asleep; then, as the storm becomes progressively more violent, His terrified apostles awaken Him. They knew that if anything could be done to calm the storm, it would be through the Savior’s miraculous power.

They were right. The Savior stood and “rebuked the wind” and calmed the crashing waves, telling them to “be still.” In the apostles’ moment of fear and need, the Savior came through and quieted the storm — so it would make sense, then, that He gave His servant, in a moment of need, the power to do the same thing.

This event took place at the same time the King Follett sermon was delivered — one of the most famous discourses in Latter-day Saint history. Delivered on April 7, 1844, it was also less than three months before Joseph Smith’s death. ChurchofJesusChrist.org states about this discourse: “Joseph Smith arose at his final General Conference and delivered what many believe to be his greatest sermon. His topic, the relationship of man and God, transformed the understanding of members of the restored church.”

Joseph knew, of course, the hardships that the Saints had already been put through — but he also surely knew of the trouble that was ahead for them. The Joseph Smith Papers record that “Joseph Smith intended this to be a significant discourse,” and it is evident that it was. It no doubt gave the Saints comfort and assurance during the following months and years filled with persecution, traveling across the plains, and many other hardships.

Knowing how important this discourse was, God made a way for His Saints to hear it — even in the face of rainy weather.

Mark L. McConkie,  a professor in the School of Public Affairs at the University of Colorado at Colorado Springs, wrote a book entitled Remembering Joseph: Personal Recollections of Those Who Know the Prophet Joseph Smith. In it, he shared an experience from early Church member Mary C. Westover, who was present when the King Follett discourse was given. She wrote of this experience:

“I was at the funeral service of King Follet [Follett], which was held in the Nauvoo Grove. There was a heavy thunderstorm arose and as it increased the people became frightened and started to go home; but before anyone left the Prophet arose and told the multitude if they would remain still and pray in their hearts the storm would not molest them in their services.

They did as they were bidden, the storm divided over the grove. I will remember how it was storming on all sides of the grove, yet it was as calm around us as if there was no sign of a storm so nearby.

I thought as I sat there that the Lord was speaking through Joseph. My testimony of the truthfulness of the gospel has grown as my years have increased, and I hope to retain it till the end of my life and even till the end of the world. I can testify that I have seen Joseph Smith and he was a true Prophet of God and the gospel he established is the same as that of Jesus Christ.”

This miracle occurred because of the faith of the people. When Joseph explained Heavenly Father’s conditions in granting them good weather, the Saints listened and acted in faith.

In the April 2013 Ensign article, “Where Can I Turn For Peace?” Elder Paul V. Johnson explained:

“When we face stormy seas and high winds, we may be tempted to ask, ‘Carest thou not that [I] perish?’ (Mark 4:38). We know that the Savior has power to calm our storms, but sometimes He calms our souls instead. As the hymn says, ‘He answers privately.'”

The Lord, as demonstrated by the prophet Joseph Smith and the faithful Saints, can calm any storm when we have faith — literal ones and, perhaps even more importantly, the ones in our hearts.