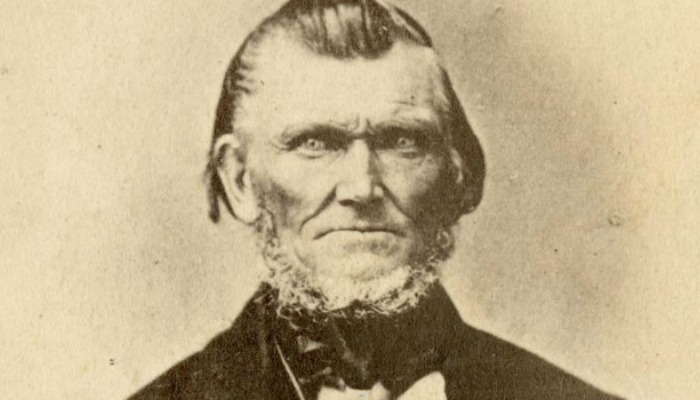 President Wilford Woodruff testified, “We are living in one of the most important generations that man ever lived on Earth and we should write an account of these importance transactions which are taking place before our eyes in fulfillment of the prophecies and revelations of God.”

Record-keeping has been taught for many millennia. It allows those of future generations to access life as it has been known in the past.

Consider what life would be like if Nephi had never recorded his family’s exodus from Jerusalem. Would King Mosiah have still written his sons’ spiritual journeys? Would Alma the younger still have recorded his mission with Amulek? Would Moroni have testified of the power of the Spirit?

Would Helaman’s son Nephi have known what to do when the Savior commanded him to record His ministry to the people of the Americas?

And what about the pioneer trek westward? Would we have the excruciating, yet miraculous stories of the Martin and Willie Handcart companies, had they not recorded it first-hand?

We are so blessed to live in a time with all these revelations. If they hadn’t kept those records, we wouldn’t have the Scriptures today.

The stone that was cut out of the mountains without hands is still rolling and gaining speed. The prophets of old understood its importance and recorded their revelations on it. Now, modern-day prophets are echoing that and reminding us that the best is still yet to come.

President Woodruff is one of those stalwart voices. Recently the Church posted a short video on Twitter about his daily journal. He said, “I have felt the Spirit calling upon me since I first entered this church.” Ever since he sat in on his first sermon in the Church he kept a daily journal for the rest of his life. He truly understood the power of record-keeping and today, his records are available for anyone’s viewing.

President Hinckley also maintained a daily journal that he took the time to read from the pulpit in his General Conference talk “Seek Ye the Kingdom of God.” In the talk, he admitted his sermon was perhaps different from any other one in the Church at that pulpit. His journal held short snippets of his experiences in his stake presidency with the Quorum of the Twelve. He read it to portray the close relationship he had with them. Then he testified that the Church is spreading so far and wide now, that no one in that position would be able to have that same luxury. His talk was a literal illustration of the gathering of Israel in the Last Days.

President Eyring gave some divine direction on the motivation for keeping a daily journal in his talk “Oh Remember, Remember.”  He promised that we would be able to see God more clearly in our lives if we took time to ponder and record our blessings at the end of the day.

“I wrote down a few lines every day for years. I never missed a day no matter how tired I was or how early I would have to start the next day. Before I would write, i would ponder this question; ‘Have I seen the hand of God reaching out to touch us or our children or our family today?’ As I kept at it, something began to happen. As I would cast my mind over the day, I would see the evidence of what God had done for one of us that I had not recognized in the busy moments of the day. As that happened, and it happened often, I realized that trying to remember had allowed God to show me what He had done.”

Keeping a journal isn’t just something your therapist tells you to do. In fact, if you need to, keep two journals; one for venting and one for recording. We are living in a time that has been prophesied of since the very beginning. If we aren’t going to write about it, who will?

Comment on the power you’ve seen from keeping a daily journal.