Faith LDS History We’re Not Perfect — and Prophets Aren’t, Either 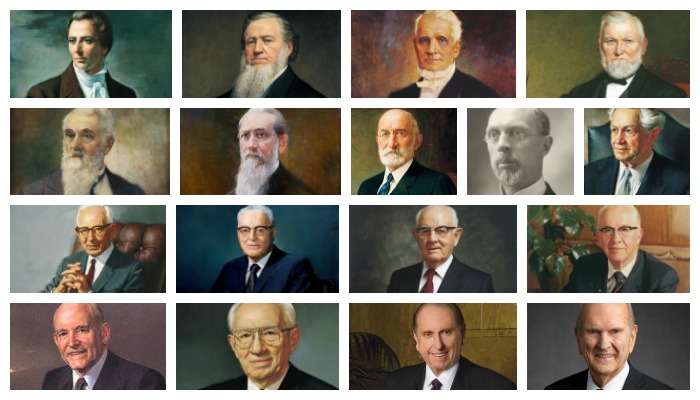 I’ve always been fascinated by Church history. As a teenager, my favorite vacations were spent in Nauvoo, Palmyra, and Kirtland. But as anyone who is a Church history fan knows, when you’re looking up stories and facts about historical events or people (particularly prophets) in the Church, you’re inevitably going to accidentally stumble upon some anti-Mormon material.

One day, during my high school years, I stumbled upon something that really troubled me: in 1961, Joseph Fielding Smith stated that man would never land on the moon.

I was distraught. How could a prophet of God say something that was completely false? I ran downstairs to my dad’s office and blurted out what I’d come across. After letting me finish, my dad looked at me and said simply, “Well, Amy, that’s why we don’t worship the prophet.”

Those words struck a chord with me then, and continue to inspire me now. He went on to explain that prophets and apostles have their own opinions, and they’re not perfect. They make mistakes. Plus, Joseph Fielding Smith (not yet the prophet, but a member of the Quorum at the time) hadn’t prophesied this; he was simply expressing his own opinion.

In fact, when then-President Joseph Fielding Smith was asked about this during a 1971 press conference, he responded humbly, “Well, I was wrong, wasn’t I?” He wasn’t like, “IT’S ALL A CONSPIRACY!!” and insisting man had never landed on the moon. He recognized that he was wrong, and he admitted it.

This example about Joseph Fielding Smith isn’t really the focus of this article; it’s just one instance among many of times when one’s faith might be tested based on a mistake someone made or a perceived discrepancy in Church history.

And truthfully, if no one ever made mistakes, there wouldn’t be much need for faith.

As Elder Dieter F. Uchtdorf (whom, because of his uplifting and hopeful messages, I’ve personally dubbed ‘Hopedorf,’ which, now that I’m thinking about it, he would probably hate) said in his October 2013 talk “Come, Join with Us,”

“And, to be perfectly frank, there have been times when members or leaders in the Church have simply made mistakes. There may have been things said or done that were not in harmony with our values, principles, or doctrine.

I suppose the Church would be perfect only if it were run by perfect beings. God is perfect, and His doctrine is pure. But He works through us—His imperfect children—and imperfect people make mistakes.”

Then, of course, comes the mic drop: “[D]oubt your doubts before you doubt your faith.” (It’s fine, I’m just screaming with excitement over here because that quote gets me EVERY TIME.)

People make mistakes. Situations are misinterpreted. Facts are skewed. The list goes on and on, but basically, the truth is this: during your life, you will come across things that will confuse you and/or challenge your faith. But God meant for this to happen! The whole purpose of life is to be tested, and if our faith and beliefs were never challenged, they — and we — wouldn’t grow.

I mean, of course I’m not saying to go out and look for anti-Mormon literature because it’s actually going to strengthen your faith. That makes no sense. But when you do encounter things that baffle you, remember the ultimate source of peace and comfort and turn to Him. Remember that, as my dad so wisely said, we don’t worship the prophet (or anyone else in Church history, for that matter). We worship God alone.

We’re not perfect, so why do we expect other people to be? Show the same grace and mercy you would want someone to extend to you when you’ve made a mistake. And remember, always, that God is at the helm and we can turn to Him with any questions we have.

God is the only perfect being, so cut yourself some slack — and everyone else, too.