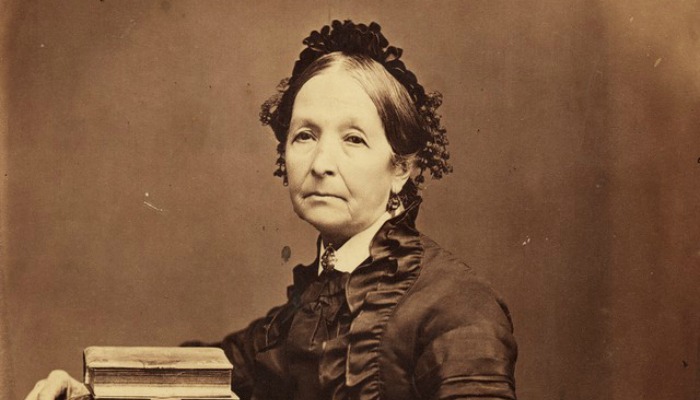 This is the first in an ongoing series of articles about inspiring women from the days of the early Restoration.

Church history has always fascinated me. I love hearing stories about the early prophets, learning about the towns the Saints lived in, and reading about the inspiring miracles that attended the early Church members in the midst of their painful trials.

But my new favorite topic of choice? The amazing, faithful, downright awe-inspiring women of the Restoration.

These women endured so much for their faith — they were raped, tortured, mocked, and driven from their homes — and they still held tight to the iron rod because they, like Nephi of old, knew “in whom [they had] trusted.”

Their stories inspire me and bolster my faith when I feel as though the world is spinning out of control — and I think you’ll like them, too. That’s why every month, I’ll be featuring a different woman from the early days of the Restoration.

And I want to start with none other than a personal hero of mine: the spiritual powerhouse known as Eliza R. Snow.

She Was Fiercely Intelligent 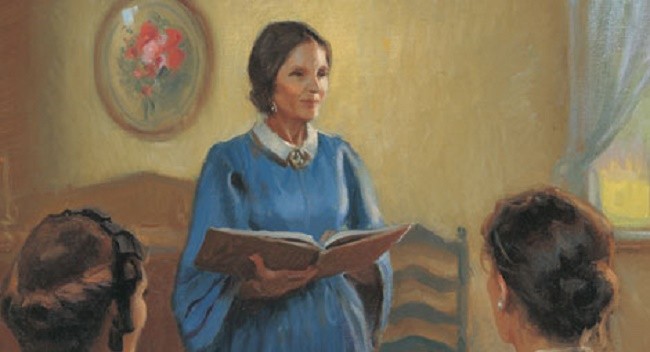 Perhaps nothing shows Eliza’s deeply reflective and insightful nature more than her poems. Dubbed “Zion’s poetess,” Eliza wrote over 500 poems during her lifetime — not including those she certainly wrote during her youth. She was opinionated and felt strongly about many issues of her day, including President Andrew Jackson’s Indian removal orders, which infuriated her. In response to these orders, she penned “The Red Man of the West”:

The Great Spirit, ’tis said, to our forefathers gave
All the lands ‘twixt the eastern and western big wave,
And the Indian was happy, he’d nothing to fear,
As he rang’d o’er the mountains in chase of the deer:
Say then was he homeless? No, no his heart beat
For the dear ones he lov’d in the wigwam retreat.
But a wreck of the white man came over the wave,
In the chains of the tyrant he’d learn’d to enslave:
Emerging from bondage, and pale with distress,
He fled from oppression, he came to oppress!
Chas’d into environs, and no where to fly,
Too weak to contend, and unwilling to die,
Oh where will a place for the Indian be found?
Shall he take to the skies? or retreat to under ground?

Karen Lynn Davidson and Jill Mulvay Derr’s biography on Eliza R. Snow, Eliza: The Life and Faith of Eliza R. Snow, explains, “As a young woman in her twenties, [Eliza] addressed themes of faith, patriotism, responsibility, and alienation, and explored questions regarding oppression, gender roles, and life beyond death. All these topics would recur repeatedly in her work throughout her life.”

Not only was Eliza a talented writer, she was an extremely organized and highly-trusted leader. She helped organize and served as the second president of the Relief Society. Under her leadership, “the Primary and the Young Women’s Mutual Improvement Association were organized, the Woman’s Exponent was created, and principles of welfare were introduced. The women grew and stored grain, opened cooperative stores, and manufactured silk. The Relief Society sent women to medical school to become doctors, nurses, and midwives. In return, these women came back and taught others. Eliza served as Deseret Hospital’s first president.”

She was esteemed throughout the world for her talents, as is shown in her personal autograph book. It includes signatures from Queen Victoria, Charles Dickens, Lord Alfred Tennyson, Henry Wadsworth Longfellow, Susan B. Anthony, Ralph Waldo Emerson, Victor Hugo, and Abraham Lincoln.

She spent all of her life learning and teaching, and urged others — especially women — to become as educated as possible.

Her Testimony was Unshakeable

Eliza, true to her character of being a deliberate, thoughtful person, investigated the Church for four years before joining — but when she did, she never looked back.

After receiving the gift of the Holy Ghost, Eliza wrote:

” . . . I realized the baptism of the Spirit as sensibly as I did that of the water in the stream. I had retired to bed, and as I was reflecting on the wonderful events transpiring around me, I felt an indescribable, tangible sensation, if I may so call it, commencing at my head and enveloping my person and passing off at my feet, producing inexpressible happiness. Immediately following, I saw a beautiful candle with an unusual long, bright blaze directly over my feet. I sought to know the interpretation, and received the following: ‘The lamp of intelligence shall be lighted over your path.’ I was satisfied.”

From that point on, her testimony of the restored gospel was unwavering — even when challanged by others. Later, on the Saints’ difficult trek out West, her stalwart testimony was evidenced. Eliza reads:

“Eliza long remembered their flight in the harsh December weather. After they had traveled about two miles, she recalled in her brief “Sketch of My Life,” she was walking alone ahead of the wagons “to warm my aching feet” when she “met one of the so-called Militia who accosted me with ‘Well, I think this will cure you of your faith.’ Looking him squarely in the eye, I replied, “No, Sir, it will take more than this to cure me of my faith.’ His countenance dropped, and he responded, ‘I must confess you are a better soldier than I am.’”

Her personal motto was, “Prove all things and hold fast that which is good.” Eliza believed that the gospel was true and she held fast to it, regardless of the pain that came her way as a member of the Church.

She Endured Hardship with Grace

And she did endure hardship — a great deal of it.

Along with the other Saints, Eliza was driven from home to home throughout her life, chased out of towns simply because of her faith. She was mocked, tortured, and persecuted. Again because of her religion, she was gang-raped by eight Missourians — a horrific event that left her unable to have children.

It was undoubtedly her own painful life experiences that led her to say, “[God] will regard His people’s cry, the widow’s tear, the orphan’s moan.”

Even later in life, suffering from ill health, she gracefully accepted God’s call to serve. A 1973 Ensign article about Eliza reads:

“Exposure and hardship, coupled with lack of good food, had weakened Eliza, and she suffered with poor health for many years. But in May 1855, when the Endowment House was dedicated, President Young asked Eliza to preside over the sisters’ work there. She reminded him of her ill health and doubted if she would be physically able to do it. The President blessed her and told her her health would improve if she would accept the call; she did accept, and almost immediately her health and strength returned and she could fulfill her obligations.”

The fact that Eliza grew up in such comfortable, privileged circumstances makes her dignity under pressure and hardship even more admirable.

“She grew up in a comfortable and secure home, with many advantages, and went on to live a life that often included hardship, insecurity, and heavy responsibilities,” Eliza biographer Karen Lynn Davidson said. “She never looked back, but always remained grateful.“

Eliza firmly believed that with God, all trials can be endured. In a Relief Society conference, she proclaimed:
When I am filled with that spirit my soul is satisfied; and I can say in good earnest, that the trifling things of the day do not seem to stand in my way at all. But just let me loose my hold of that spirit and power of the Gospel, and partake of the spirit of the world, in the slightest degree, and trouble comes; there is something wrong. I am tried; and what will comfort me? You cannot impart comfort to me that will satisfy the Immortal mind, but that which comes from the fountain above.”

Eliza’s firm testimony, put to the test time and again, inspires me — to try harder in my own efforts to maintain a testimony, to pray more earnestly, and to serve those around me as Christ would. She was not only an exemplary member of the Church, but a truly incredible woman who proved that with faith and sincere effort, amazing things are possible.