Faith Joseph Smith What Can We Learn From the Ancient Temples of Egypt? 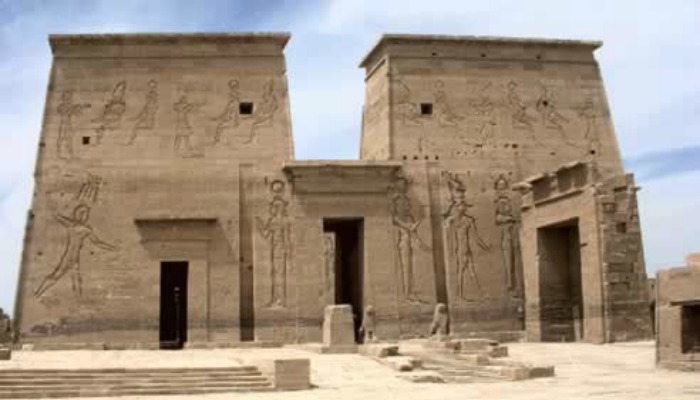 On Thursday, November 15, I attended a fascinating presentation given by Steven Densley at the Jordan Event Center. Densley had recently returned from a trip to Egypt and presented on the symbolism of the Egyptian temples and tombs. As I listened to Densley’s presentation, one line he said particularly resonated with me: “It all seems very familiar.”

Do Our Rituals and Ordinances Ever Change?

We might think they don’t, for how could something so central to the gospel as a religious ritual ever change? But the reality is rituals might change a great deal over long periods of time.

For example, when Densley was in the temple, waiting for his turn to do initiatories, he thought about how different the initiatory ordinances are today compared to when he first entered the temple about thirty years ago. He said:

An anthropologist comparing what we’re doing now with the initiatories compared to what we were doing 30 years ago or 60 years ago might figure that it’s an entirely different ritual. To me, it’s the same ordinance. It’s the same ritual.

In other words, if we compare rituals we do now with rituals we did in the past—and even those performed anciently—we might find that despite their differences they at least originated with the same purpose. Rituals do in fact change over time, and there are basically two reasons for this: one, through apostasy where people continue to practice rituals after priesthood keys and authority are lost; and two, someone with priesthood keys changes them.

Take the institution of the sacrament, for example. The Savior instituted the sacrament (pictured above) during the Passover, essentially transforming the Passover meal into a new ritual for Christians. This is something to keep in mind when considering the significance of the rituals performed in Ancient Egypt.

Pharaoh, being a righteous man, established his kingdom and judged his people wisely and justly all his days, seeking earnestly to imitate that order established by the fathers in the first generations, in the days of the first patriarchal reign, even in the reign of Adam

So we know that the Egyptians, at least initially, were concerned with imitating the order established by Adam. This could explain why so many Egyptian rituals seem so similar to those performed by Hebrews and Latter-day Saints. Below are just a few examples of this.

Initiation for most priestly classes included ritual purifications and anointings and very likely the taking of vows of purity and obedience and even vows not to abuse the privileges of sacerdotal office.

Additionally, Hugh Nibley, in The Message of the Joseph Smith Papyri: An Egyptian Endowment, writes “the oil always follows a washing with water—the necessary preparation, as we have seen, for all important ordinances.”

So, we know that both washings and anointings were taking place in these Ancient Egyptian temples. Interestingly, in the picture above, two gods anoint a pharaoh with oil, and (though it’s hard to see) coming out of the jars held by these gods are two symbols: the Ankh symbol signifying Eternal Life and the Was symbol, signifying dominion, power, and authority. So, in essence, this pharaoh is being washed and anointed with Eternal Life and power, dominion, and authority.

An Endowment: The Investiture of Special Clothing

We know that there were special clothing and investitures associated with Ancient Egyptian temples. For example, priests are often depicted wearing a leopard robe over the shoulder (pictured right).

“when the lustration was completed,” […] His Majesty “was attired in one or more garments,” preparatory to officiating in the ordinances of the house.

Densley further comments, “usually when we think about endowments we talk about it like a gift […] He is endowed with strength or great talents. But the word endowment can also refer to clothing. […] It’s an investiture of clothing.”

The Creation: A Cosmic Drama

“Ultimately, the Egyptian temple was also the stage on which a cosmic play was performed.”

Additionally, Densley claims, “It’s a cosmic drama, it’s a drama about creation. It draws all the way through from creation through to the end of someone’s life to where they will be judged.”

Hugh Nibley explains that in this cosmic drama, three Gods, Ptah, Amon, and Re, create the world. Re then comes down, is created into a man by Ptah and Amon, and receives a new name (Atum):

When Re comes down, he is Atum, as we have seen, while Amon and Ptah together form the body of man and place breath in his body.

Hand Gestures and Passing Through Gates

One of the interesting things about Ancient Egyptian temple practices is the progression through gates. Densley says:

They have to pass through gates. They have to know certain passwords to get through the gates as they try to progress toward God and becoming a god.

So, the Ancient Egyptians would symbolically progress through gates, needing to know certain passwords to continue. Consider the following excerpt from Hugh Nibley:

The gatekeeper asks, “Why have you come?” Answer: to announce myself!” “What do you desire?” “I am pure from all evil, I want the king’s promise of protection.” “Which god shall I announce?” The answer to this is given in code, with the challenge, “Is it that?” To which the answer, “It is Osiris!” “Correct, proceed!” and the candidate passes on.

There are also many Ancient Egyptian paintings that depict hand gestures and movements. For example, if you ever see a painting of an Egyptian with both arms raised it generally means he’s praying.

Some paintings (as the one pictured above) depict an Egyptian with a hand in cupping shape. Densley explained that this usually demonstrates that this signifies the Egyptian is giving an offering to a god (such as incense). The Egyptian in the painting above also has a hand raised, demonstrating, according to what an Egyptian guide told Densley, that he is swearing an oath.

Conclusions From the Joseph Smith Papyri 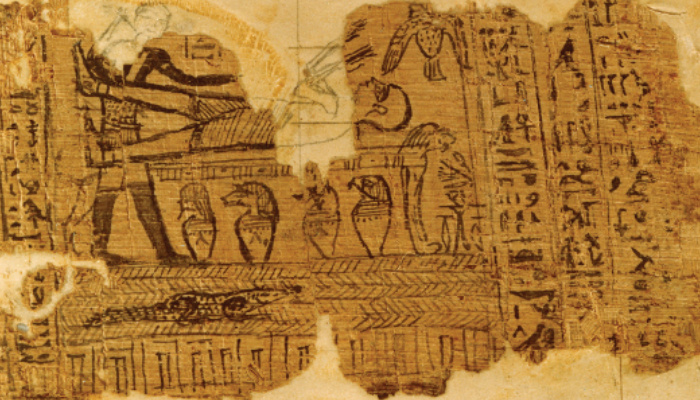 The Joseph Smith Papyri is a set of Ancient Egyptian scrolls purchased by Joseph Smith in the early years of the Church. Through them, Joseph Smith was able to translate the Book of Abraham in the Pearl of Great Price.

Densley sees a connection between Joseph Smith’s translation of these scrolls and the revelation of the temple endowment:

The same year that they publish the book of Abraham, Joseph Smith is also revealing the temple endowment […] It comes from revelation, that’s the only place it could come from.

You’re free to make your own conclusions, but, according to Densley, the connections between Ancient Egyptian temples and the modern temple practices are astounding, and these connections reaffirm Joseph’s calling as a prophet as well as the significance of what we do in the temple.

Did you find any rituals performed in Ancient Egyptian temples significant?